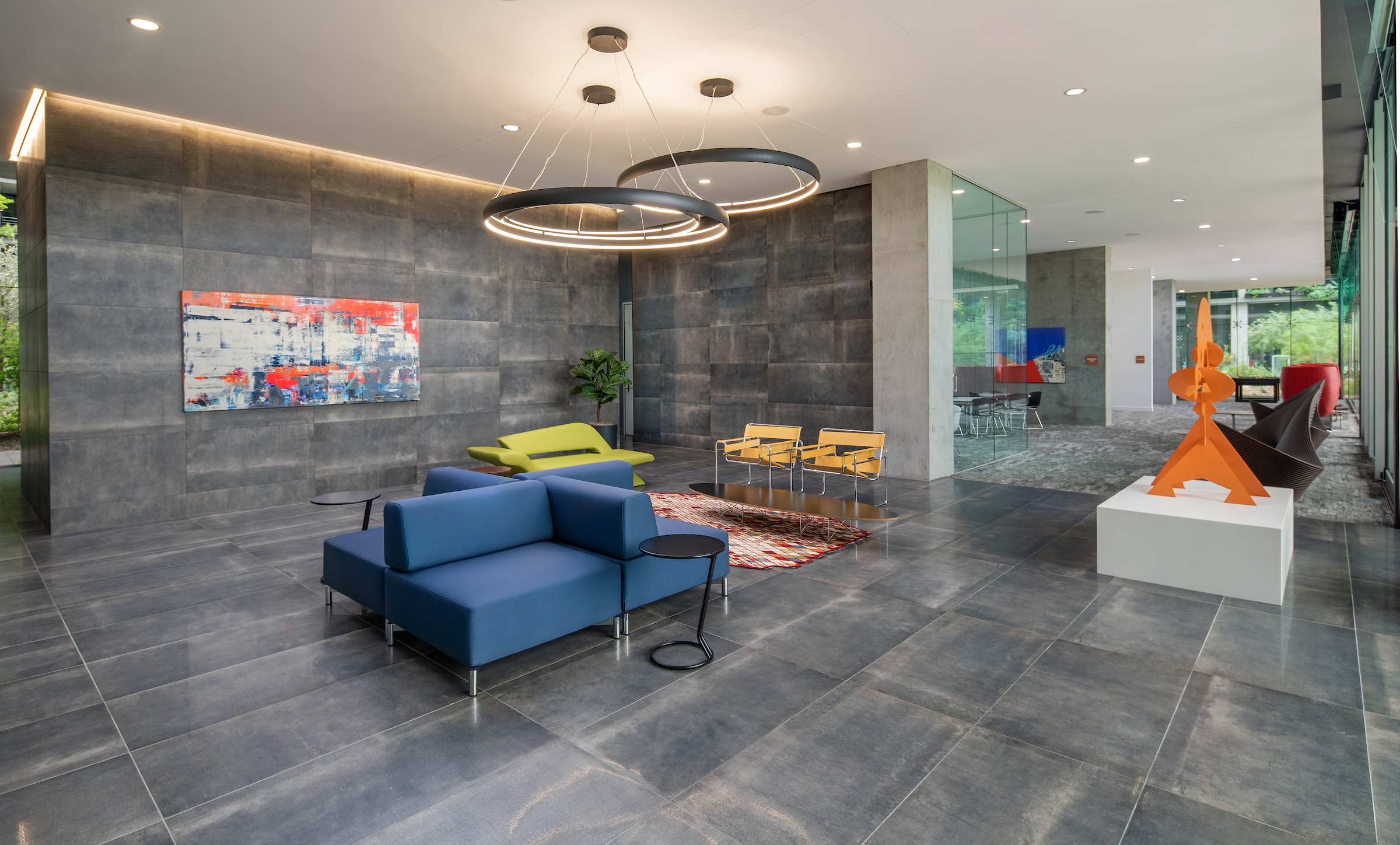 No matter which Optima community you’re in, you’ll find yourself surrounded by art. Whether it’s Ellison Keomaka’s inspiring paintings found in several of our Arizona properties or the vibrant sculptures created by our CEO and Founder David Hovey Sr., FAIA, each piece of art in our communities brings with it not only a story — but a wide range of health benefits, too. Here are just a few of the benefits of living with art:

Similar to the feelings you get when you interact with a loved one, viewing art increases blood flow to the brain, kickstarting a wave of pleasure and positive memory-building while allowing the viewer to practice their cognitive skills. Whether looking at a landscape, portrait or an abstract work, because art is truly subjective, it allows the brain to explore different areas we may not use in daily life. This free-thinking stimulates the mind and strengthens it similar to the way learning a new language does.

Art therapy is regularly used as a natural way to reduce anxiety and other mental disorders in everyone from children to older adults, and even if creating art isn’t your cup of tea, living with art provides the same benefits. Viewing art can calm the brain through the most trying circumstances by allowing it to focus on a singular thing. Worries and stressors are minimized as your mind directs its attention to the relaxing and often inspiring art pieces around you.

Encourages us to Emotionally Heal

Because artists use their work as a way to give shape to their ideas and emotions, living with art encourages us to explore our emotions and past experiences. By viewing art, it’s common to feel transformed and to be taken to places beyond our reality. This metamorphic experience improves well-being and, depending on the person, can be sensorially, emotionally and even spiritually mending.

Whether you need an inspiring escape, want to relive positive memories or simply crave a masterpiece of your own, the health benefits behind living with art are boundless and accessible by everyone.

Art and architecture are united through a connection of aesthetics. Both emerge from a creative vision to engage the senses and express their unique identity. As we continue to explore the rich stories detailing the career of David Hovey Sr., FAIA, in the newly published catalogue raisonné, it’s a pleasure to unearth the vision behind some of his most ambitious works.

Alex Marshall, in his thoughtful essay entitled “Brilliant Journey,” reflects on the dimension of David Hovey Sr., FAIA,’s career as an artist:

“In front of Optima Signature (2017) on Illinois Street near Michigan Avenue in Chicago and at Camelview Village in Scottsdale are objects composed of smooth, brightly colored steel plates with cutouts in whimsical patterns of swoops, sharp points, and angles. They contrast with the buildings, which have horizontal and vertical lines.

“The objects are works of art, sculptures designed by Hovey Sr. He has taken his love of exploring the possibilities of materials and the creation of spaces, and channeled them to aesthetic ends.

“‘Architecture is about function, as well as aesthetics,’ Hovey Sr. said. ‘While sculpture is really just about aesthetics. You don’t have that functional component. You can do whatever you want. I like that.

“‘Because of my years of working with it as an architect, I feel I’ve developed a special understanding of steel, its material structure, and what can be done with it visually. I’m trying to do something that can’t be done in wood, canvas, or plastic. So I use very thin steel plates, and join them together so that they become very three-dimensional, and create curves and voids and form. It doesn’t really matter if they are a foot high or fifteen feet high.

“Although he has been exploring the idea for years, Hovey Sr.’s practice as a sculptor took a leap forward when he decided to put one of his own pieces in front of Camelview Village in Scottsdale. The municipal government had required Optima to spend $400,000 on a piece of art in front of the building. Hovey Sr. decided to do it himself, using all the money to fabricate, transport, and install the art.

“The process is this: Hovey Sr. makes sketches of his designs, and then gives them to a fabrication shop. The shop produces digital versions of Hovey Sr.’s sketches, and then uses these computerized drawings to make the three-dimensional pieces composed of different planes of steel. The expensive laser cutting machines, some about the size of a small car, draw as a child might draw on a piece of paper, except with a laser that burns precise holes and lines into the plates of metal, to produce what Hovey has set down.

“Hovey Sr.’s sculptures also reflect his own temperament. ‘I’m one of those people who like to be active so if I have an hour or two free, I would rather be doing sculpture. It’s my way of relaxing.”