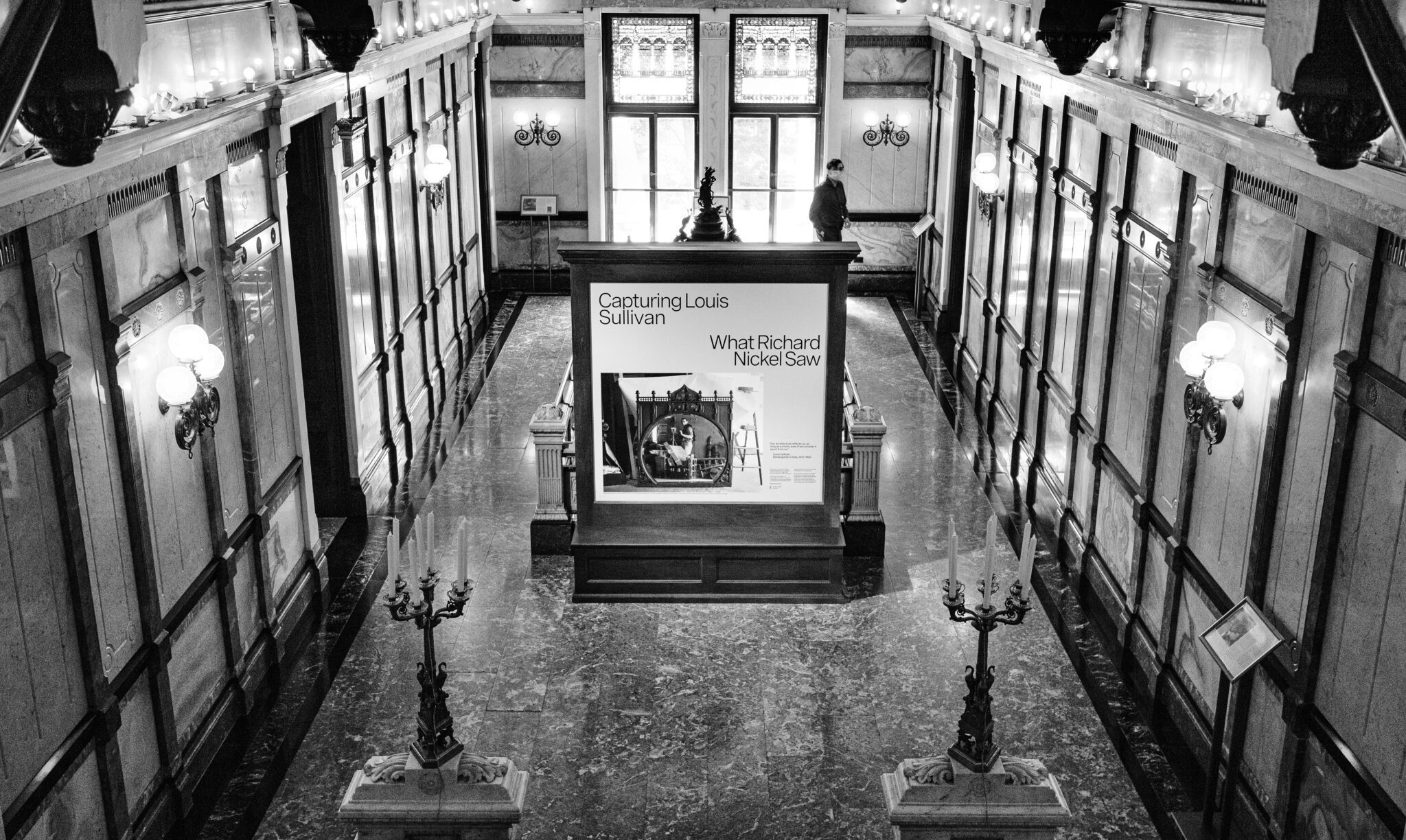 With bustling art communities in both cities, Chicago and Scottsdale are regularly home to some of the most widely recognized exhibitions throughout the country. From a lush garden installation in Chicago to an interactive building exhibit in Scottsdale, both have plenty of thrilling shows to enjoy this autumn. For Optima residents looking to experience some of the most inspiring shows of the year, here are the ones you can’t miss:

Roughly 25 miles Southwest of Chicago, the Morton Arboretum is home to one of the area’s most stunning exhibitions of the year, Human+Nature. The outdoor art exhibition features eight unique sculptures that range from 15 to 26 feet tall. The artist, Daniel Popper, used hard-wearing materials like glass-fiber reinforced concrete to construct the sculptures to endure Chicago’s winter weather. While Popper used the arboretum and its mission as the inspiration for many of the sculptures, he encourages visitors to connect to the stunning surroundings and discover a meaning of their own. Human+Nature runs through May 2023, and you can reserve tickets here.

Through February 2023, Chicago’s Driehaus Museum off of the Magnificent Mile is home to Capturing Louis Sullivan: What Richard Nickel Saw. The exhibition captures the demolition of many of Sullivan’s buildings in Chicago in the 1960s and 70s through the lens of activist Richard Nickel. Ultimately, the exhibit celebrates Sullivan’s architectural legacy and the unwearying efforts many activists took to save it. Reserve tickets here.

The Chicago Botanic Garden is observing its 50th anniversary throughout 2022! Flourish: The Garden at 50 is an ongoing installation celebrating the connections between art and nature. Through September 25, 2022, the garden features artwork from both local and foreign artists. The event features pop-ups and performances, including a mariachi band on September 24 and 25 and various exhibitions looking towards its future. Find tickets to the celebration here.

Found in the heart of Mesa, the i.d.e.a. Museum’s latest exhibition, Imagine, Design, Build!, invites its guests into an environment rich in color and experience. The interactive exhibit features 40 works by 15 artists around the world, ranging from paintings to LED installations. With a focus on the science and art of design, visitors beyond the gallery have various interactive opportunities, like designing a building of their own! Find tickets here.

The Scottsdale Museum of Contemporary Art is also home to various thrilling exhibitions this fall. Ending on October 9, 2022, Brad Halhamer: Swap Meet showcases the work of Native American artist Brad Kahlhamer. From its sculptures to musical performances, the diverse exhibition explores the uncertainty of identity and the nomadic art practice.

Opening October 29, 2022, Phillip K. Smith III: Three Parallels is another exhibit coming to SMoCA as part of their Architecture + Art series. The site-specific installation presents itself as an interactive exhibit for visitors. Using vibrant colors, light shifts and large-scale mirrors, each step in the exhibition provides a new perception of the exhibit’s space. Tickets for both exhibitions at SMoCA can be found here.

And the list doesn’t end here! So with autumn in full gear, grab friends and family to enjoy these two special cities in artfully exciting ways. 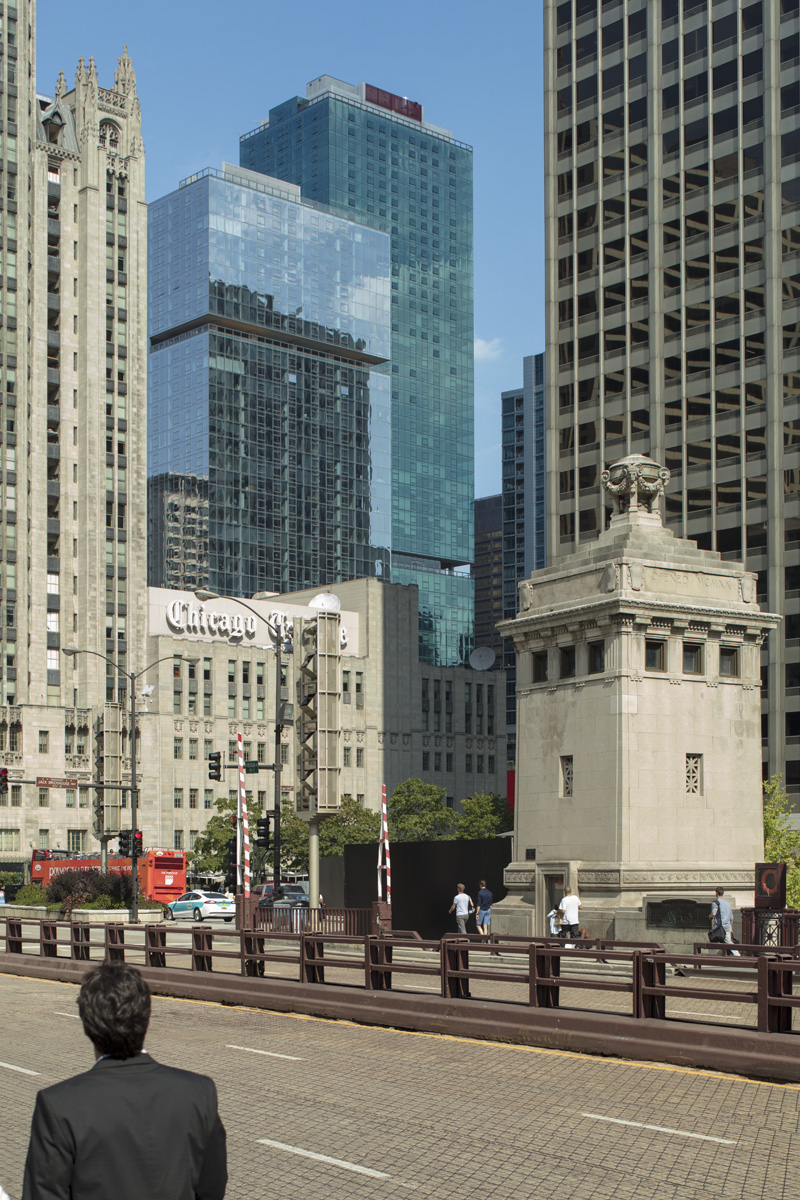 Chicago is home to the world’s first skyscraper, and since that momentous milestone, has remained a pioneer in the architectural world. But what gives Chicago its trendsetting je ne sais quoi? A unique history drives the diverse array of styles and voices that have forever marked architecture in Chicago, and in the world.

By the mid-19th century, Chicago was an essential trading hub, with imports and exports flowing in and out via the Illinois and Michigan Canal and railways. Impressive stockyards, manufacturing, banking and other commercial industries, combined with the country’s first comprehensive sewage system, drew in a large, urban population. That population flocked to a concentrated city-center, where buildings shot skywards to keep pace with the growth.

Chicago grew quickly, and fell just as fast. In 1871, the Great Chicago Fire destroyed 17,500 buildings, leaving devastation in its wake and demanding the city rebuild. With the chance to start fresh, Chicago rebuilt bigger, better and smarter. A city grid was established, adding order and intentionality. Propelled by two crucial inventions, safety elevators and the Bessemer Convertor, Chicago architects could also build higher than ever before. It was during this time that the world’s first skyscraper, the ten-story Home Insurance Company, was built, marking the dawn of a new era in architecture.

Chicago reached an all-time-high during the Chicago World’s Fair of 1893, with 27.5 global visitors flocking to the city. Planning for the city’s continuous and rapid growth, director of the fair, Daniel Burnham proposed the 1909 Plan of Chicago, or simply the “Burnham Plan.” Their utopian design for the city included lakefront improvement, increased transportation systems and an abundant outer park system. Though not every component outlined came to fruition, the Burnham Plan left a profound mark on contemporary urban planning.

While the Burnham Plan was classically-influenced, up and coming Chicago architects shared new ideas. Louis Sullivan led the legion of Chicago School architecture under the motto “form forever follows function,” a creed later adopted by the Modernist movement. As Sullivan pioneered a new class of skyscrapers that had international impact, his mentee, Frank Lloyd Wright, explored architecture closer to the ground with his Prairie homes. These innovative thinkers helped drive the diversity of Chicago’s architecture, creating a skyline that is storied, varied, impressive and influential.

Optima adds our own voice into the mix, designing in the Modernist discipline and applying new approaches, to honor a legacy of harmonious and mixed voices in Chicago.

According to the Tate Modern Museum, Modernism “refers to a global movement in society and culture that from the early decades of the twentieth century sought a new alignment with the experience and values of modern industrial life.” Within a broader cultural narrative, modernism emerged as a criticism of nineteenth-century societal order, and trickled down into everything from political activism, urban planning, psychoanalysis, art, and of course, architecture. As we’ve previously explored, Modernist architecture has an important place in America’s history. But how does it factor into Chicago’s past?

After the great Chicago fire in 1871, the city was a blank slate, re-planned over an entirely new grid. With the world’s first skyscraper completed by 1884 (at only ten stories), Chicago was positioned to be a groundbreaking city for architectural innovation. Our triumphant World’s Fair of 1893 solidified the city’s confidence and paved the way for Daniel Burnham to create his comprehensive city plan. Chicago’s architects banded together to decide how to best develop ever-evolving skyscrapers within the city. One such architect was Louis Sullivan, who helped found the Chicago School of architects around his belief that “form forever follows function.”

If Sullivan’s creed sounds familiar, it’s because function over form is a cornerstone belief embedded in the Modernist tradition. In the mid-1900s, architects from the growing practices in Europe came to the United States to avoid World War I, and subsequently, World War II. Iconic architects, including Ludwig Mies van der Rohe, came to Chicago to set up shop. Striking buildings of steel and glass defined an entire generation of skyscrapers, and still add to Chicago’s diverse range of architecture.

Chicago was a city that pioneered the world’s forte into stretching and sweeping skylines. Beginning with sleek and simple Modernist structures, Chicago’s architecture is now made all the more standout by the dynamic mix of styles it holds. From Art Deco to Art Nouveau, Chicago School to International Style, Modern to Postmodern, each style is made more its own when juxtaposed with its counterparts.

Through our own addition to Modernism in Chicago, we are proud to create buildings that contribute to the movement’s and the city’s larger legacy. To learn more about Chicago’s Modernist history, the Chicago Architecture Center offers tours specifically dedicated to the style and craft.