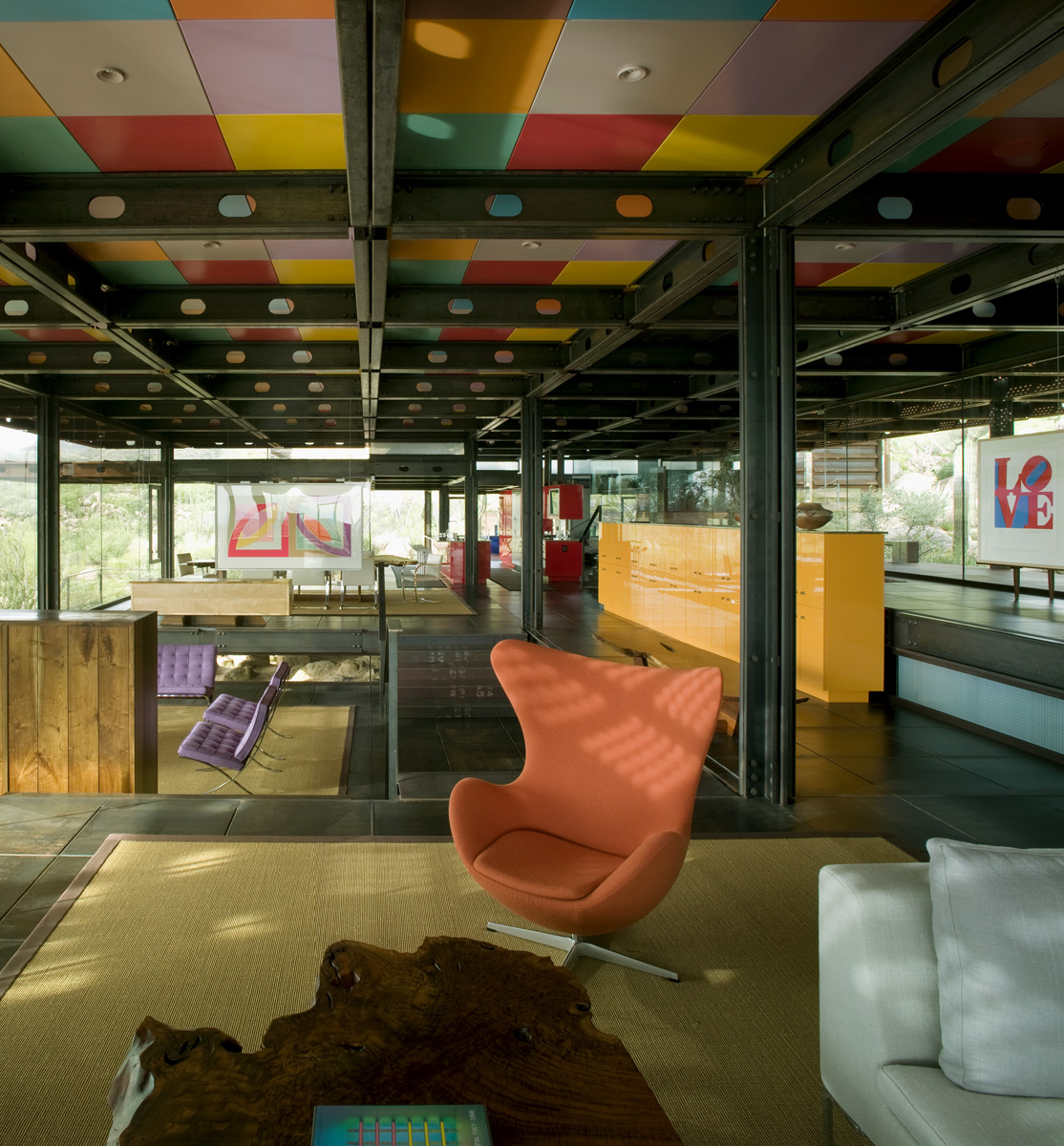 An intricate and technical field, the world of architecture produces a unique dictionary of jargon all its own. At Optima, our team works in a highly collaborative atmosphere where we all, from architects to property managers to construction superintendents, share ideas and hold conversations across disciplines — so naturally we all encounter the lingo of our architects. As part of our ongoing series “An Inside Look at Architect Lingo,” today we continue to decode the secret language that we’ve all come to know and love.

Just like the word Miesian from our previous installment in this series, Corbusian is a homological word that nearly explains itself. It refers to anything of, pertaining to, or characteristic of the Swiss architect Le Corbusier. Of the many narratives and philosophies he published, Le Corbusier famously published the seminal L’Espirit Nouveau in 1920, revealing his famous “five points of architecture.”

These five points include the pilots (a grid of concrete or steel columns replaces the load-bearing walls), the roof garden (vegetation or landscaping that covers a rooftop), the free ground plan (the absence of load-bearing walls allows flexible use of the living space, which can be divided by screen elements), the horizontal windows (cut through the non-load-bearing walls along the facade and provide the apartment with even light), and the free façade (pen and closed sections on the façade enable the separation and connection of the exterior design from the building structure). Anything including these characteristics, then is Corbusian.

As exotic as the word sounds, the definition for mullion is pretty simple. A mullion is any vertical element that forms a division between units of a window, door, or screen. This division can be both functional or purely decorational. When dividing adjacent window units, the primary purpose of a mullion is to provide a rigid support to the glazing of the window.

In Modernist architecture then, where endless glass curtain walls abound, the mullion becomes an integral part of maintaining the structural integrity of these all-glass fixtures.

Muntin is not to be confused with the above mullion, though the two do share similarities. Muntin refers to a rabbeted (or recessed) member for holding edges of window panes within a window sash. Muntins are also sometimes called glazing bars or sash bars. These days, muntins are often decorative in nature, ranging from the simple to the complex – often a counterintuitive design element in Modernist disciplines.

However, as you might recall from our blog on the history of glass, at one point in time it was extremely rare to obtain large panes of glass. Everything was built by patching very small and very expensive panes of glass together, and in this context, muntins were extremely critical.

Stay tuned for future features on the world of architecture lingo at Optima. 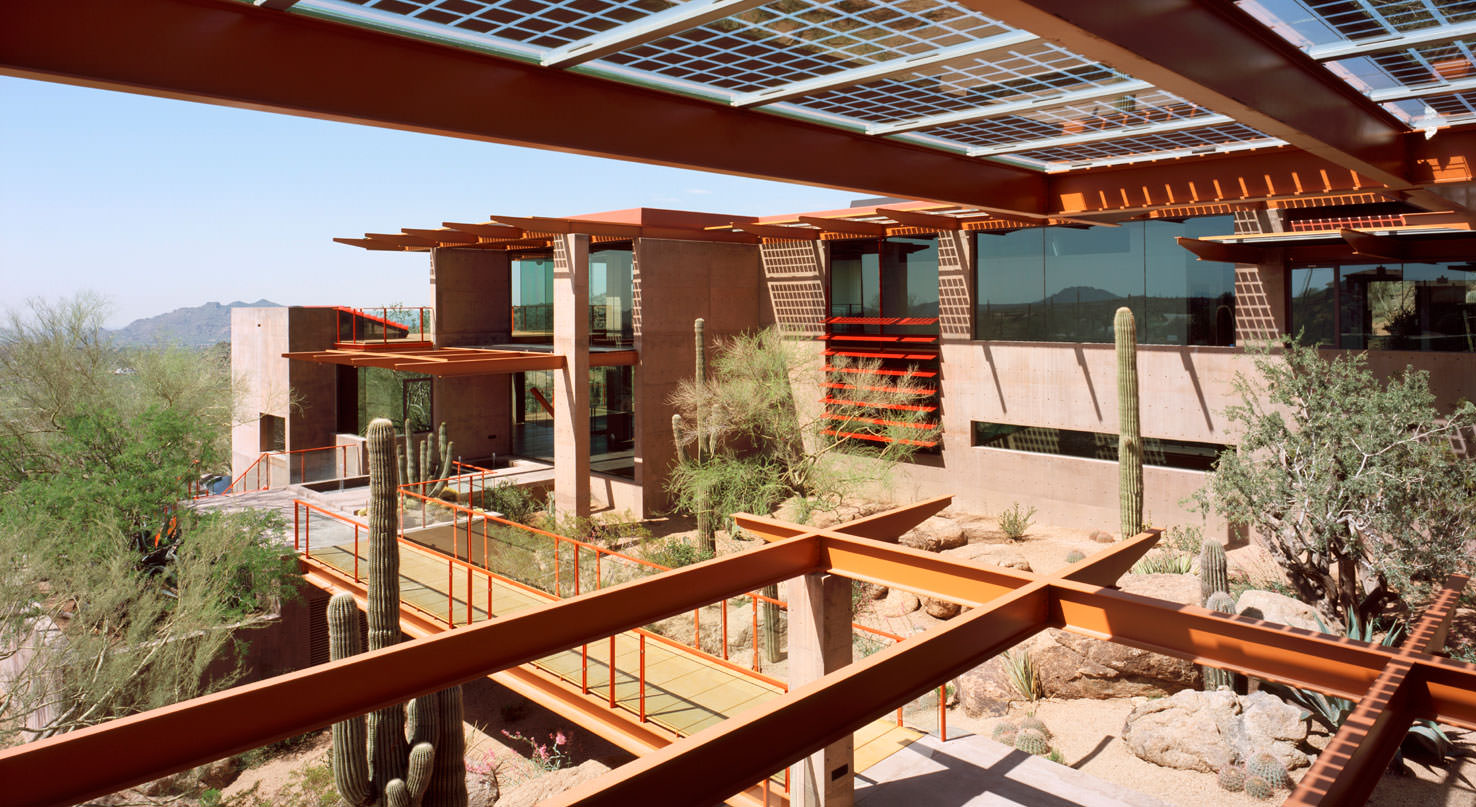 Our love for Modernist architecture at Optima is a language all its own — in more ways than one. As we discuss all things design, keywords in architect lingo begin to permeate the vocabulary of everyone in our offices, from architects to property managers and beyond. In honor of the passion and language we all share (and in follow up to Part I and Part II), today we’re taking another inside look at words you might hear in a day at Optima.

Clerestory refers to the windows in a structure. Also known as a clearstory or an overstory, a clerestory is any high section of the wall that contains windows above eye level. The purpose of these windows (and their altitude) is to invite in sunlight, fresh air or both.

Historically, clerestories were included in large structures such as cathedrals with expansive central halls. While the technique is thought to have originated in ancient Egypt, and carried over to the Byzantine era, this architectural detail is most widely seen in architecture from the Romanesque and Gothic periods. Clerestories are also employed in many transportation vehicles, such as train cars, to provide additional lighting, ventilation and headroom.

At Optima, clerestory windows prove an invaluable tool when creating open-floor-plan Modernist buildings. Employing windows at multiple levels, we’re able to ensure spaces that are flooded with light and that exude an open, airy atmosphere.

Stripped back to its most basic definition, rectilinear is an adjective referring to anything in a straight line. In architecture, however, a rectilinear form then becomes anything that consists of only straight lines. Rectilinear design creates a sense of order and structure within design, and therefore plays well into the Modernist philosophy.

In our own structures, we often employ rectilinear design as an expression of our Modernist sensibilities. The bold, simple geometry of straight lines allows us to best explore ideas of form and function, creating spaces that are at once complex in thought but simple in application.

Modular architecture refers to the design of any system utilizing separate components that can be connected together to create one, cohesive whole. A highly flexible system, the building-blocks nature of modular architecture allows individual pieces to be easily replaced or repurposed as needed. Building on the module, then, refers to the process of creating a structure out of a module system.

Optima President and Principal Architect, David Hovey Jr., designed his own modular system: the Optima DCHGlobal Building System, a patented structural system that is based on 7’-0” x 7’-0” horizontal module, a 1’-3” vertical module, and a 21’-0” x 21’-0” structural bay with connectors, beams, and column components that are joined together with tension controlled bolts to create a 3-dimensional structural grid allowing for design flexibility in both vertical and horizontal directions. You can see the system employed throughout our Optima DCHGlobal projects, Relic Rock, Arizona Courtyard House and Whale Bay House.