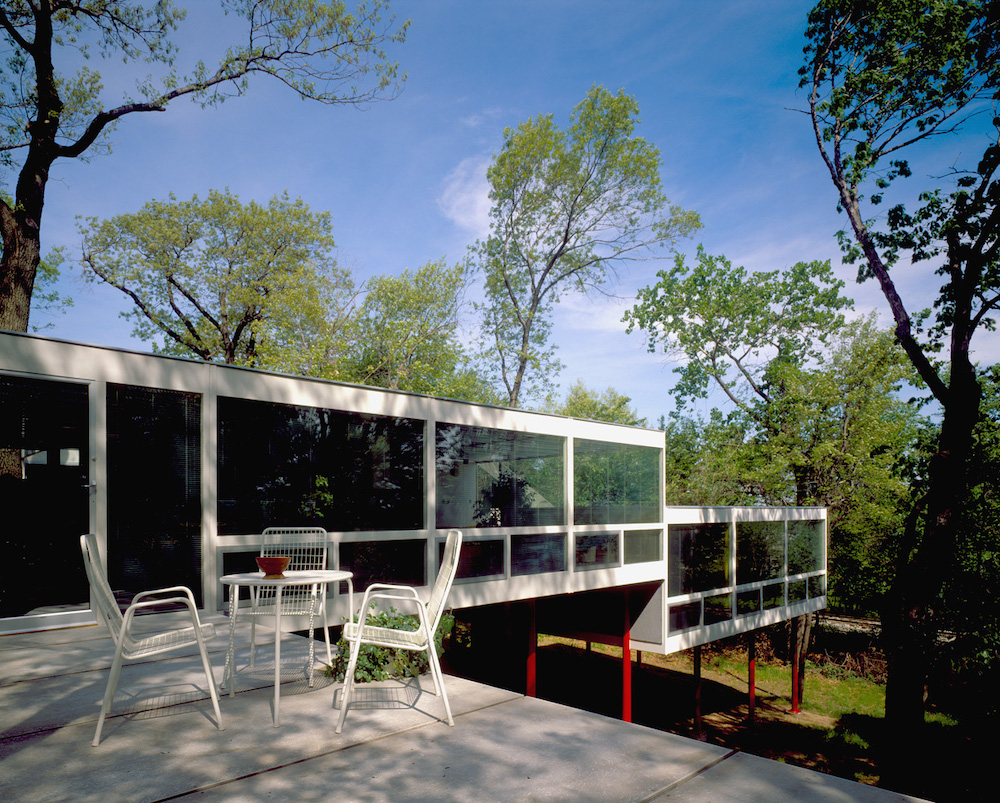 Our story is influenced and molded by those that came before us. The vision for Optima was seeded during David Hovey Sr.’s time at the Illinois Institute of Technology (IIT), where he studied under the program built by modern architectural legend, Ludwig Mies van der Rohe. To understand where modern design is today, it’s insightful to look back on the legacy of Mies van der Rohe.

Mies was a German-born architect and educator, born in 1886 in Aachen, Germany, with Chicago becoming his adoptive hometown later in life. One of the 20th century’s greatest architects, he designed with an emphasis on open space and revealing materials. His steel-and-glass aesthetic defined modern architecture; he himself referred to it as “skin-and-bones architecture.” Mies didn’t design with style in mind, but rather, considered the philosophy of design within the frame of functionalist and industrial concerns at the time. “Less is more,” the legendary aphorism, was first said by Mies in reference to his architectural work.

Destined for greatness, Mies’ first commissioned project (Riehl House) came to him at the age of 21 while he was working for Bruno Paul. What really set his design aesthetic apart, however, was the Barcelona Pavilion. Designed for the 1929 International Exposition in Barcelona, Spain, the temporary structure was the most powerfully pared-down building imaginable. Consisting of horizontal and vertical slab elements, it fulfilled the minimum requirements to define space — nothing has ever personified “less is more” in quite the same way. As Mies garnered attention, he became the director of the Bauhaus school of design in Germany in 1930. He remained there until the school closed in 1933 under the mounting pressure of the Nazi regime, and it was at this point in time that Mies took his leave from Europe.

An Educator and Architect in America

Mies arrived in the US in 1938, heralding in a new era for his life and the life of architecture in Chicago. He was head of the architecture department of IIT from 1938-1958, and when Mies’ position was announced, he was introduced by the one and only Frank Lloyd Wright himself. It was virtually unheard of for Wright to admire the work of another architect — and vocalize his admiration no less — but in his introductory speech, Wright said of Mies: “I admire him as an architect, respect and love him as a man. Armour Institute, I give you my Mies van der Rohe. You treat him well and love him as I do. He will reward you.”

Wright knew what an influence Mies would have on IIT and on architecture. The period of transition allowed Mies to entirely redesign the school’s program and campus both — he “rationalized” the curriculum by returning to the basics. At IIT, students focused first on learning to envision and draw their creations, then master the features, functions and materials involved in building, in order to finally evolve as architects whose discipline was enmeshed with the fundamental principles of design and construction.

Mies has left his mark in many places — along the Chicago skyline, across the IIT campus and on our work here at Optima.The fundamental principles behind Modernist design influence how we create and think here, and the innovative and groundbreaking thinking of Mies is something that we seek to embody in our everyday operations. To this legend, we say thank you for paving the way and inspiring us all.