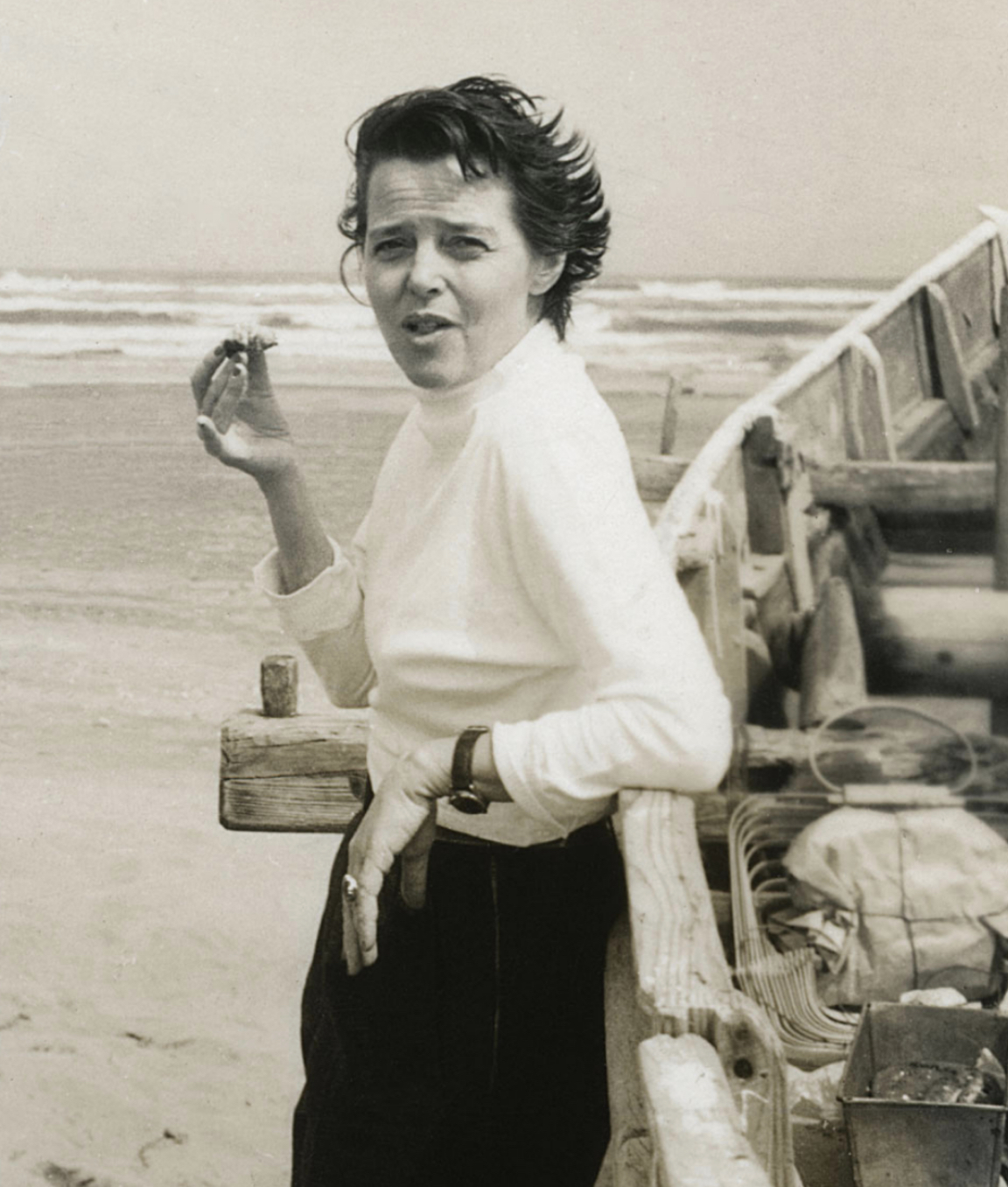 A trailblazer for women designers, Charlotte Perriand always found a way to reinvent her work with the ever-changing aesthetics of interior design and architecture in the 20th century. She forged herself as a leader of the avant-garde cultural movement, which influenced new perspectives and values in the design world. Today, as part of our ongoing “Women in Architecture” series, we’re exploring the life of this exceptional designer and some of her most celebrated creations.

The Life of Charlotte Perriand

Perriand was born in Paris, France in 1903. She lived with her mother, who was a talented seamstress, and her father, who worked as a tailor in the city. Because of the lively energy of her surroundings, Perriand found a deep appreciation for city life but also relished her frequent visits to her grandparents’ home in the French Alps, where the natural environment was peaceful and calm.

At a young age, Perriand discovered a passion for the arts. As her talents continued to flourish, Parriand’s mother encouraged her to push herself by attending École de l’Union Centrale des Arts Décoratifs in Paris. From 1920-1925 she studied under the renowned artist and decorator Henri Rapin, who helped bring her unique ideas to life.

During her time at École de l’Union Centrale des Arts Décoratifs, Perriand learned to incorporate popular aesthetics such as ornate patterns, warm materials like wood and soft textiles like cotton. Dissatisfied by the status quo, Perriand pushed her interests and fed her curiosity by enrolling in classes made available through large department stores that housed their own design workshops. Encouraged by the reactions to her creations that incorporated glistening surfaces, reflective metals and blunt geometric forms, she began to submit her work to expositions throughout Paris. Perriand’s most notable entry at the time was Le Bar sous le toit, or Bar in the Attic, at the prestigious Salone d’Automne, in1927. This installation of furniture, finishes and a built-in bar reflected the current machine-age landscape and displayed a bold design featuring nickel and other metals. Emboldened by the reactions of her peers, Perriand quickly began embracing these taboo materials in her work, conveying exciting new interpretations of modern design.

After the success from Bar in the Attic, Perriand had a difficult time discovering what her next move should be in the art world. She took advice from a friend, jewelry designer Jean Fouquet, and immersed herself in the intensive literature of Le Corbusier. Dazzled by his work, Perriand reached out with her portfolio for a position at his atelier. After a hasty dismissal, she showed Le Corbusier her acclaimed Bar in the Attic project, which caused him to reverse his decision and hire her on the spot.

While working for Le Corbusier and his cousin, Pierre Jeanneret, Perriand contributed to the design of some of their most celebrated furniture pieces: the basculant sling chair (known as LC1), the Grand Confort (LC2 and LC3) and the chaise lounge chair (LC4). However, her impact reached far beyond furniture; Perriand brought to life the trio’s vision of modern luxury as Equipment for the Home for the 1929 Salon d’Automne, which included an entire apartment set with a bold kitchen and bathroom.

Perriand left Le Corbusier’s atelier in 1937 after ten years of extraordinary growth and accomplishment. Her expertise led her across the world, but she eventually traveled back to the French Alps, where her roots enticed her to work on her largest – and final – project, Les Arcs. Composed of three different structures and built over a nearly-20 year period, Les Arcs brought to life a new style of living with an open-plan interior and an exterior integrated into the surrounding natural environment.

The bedrooms of the famous ski resort were built with minimal design elements. Thoughtful design was instead prioritized in communal spaces, like the great rooms, where windows opened to vibrant sunlight and views of the pristine natural surroundings.

Throughout her illustrious career, Perriand preferred to look to the future instead of reflecting on her previous work. And on this life journey,Perriand established herself as a fearless forward-facing designer who was eager to reinvent her design philosophy over and over. 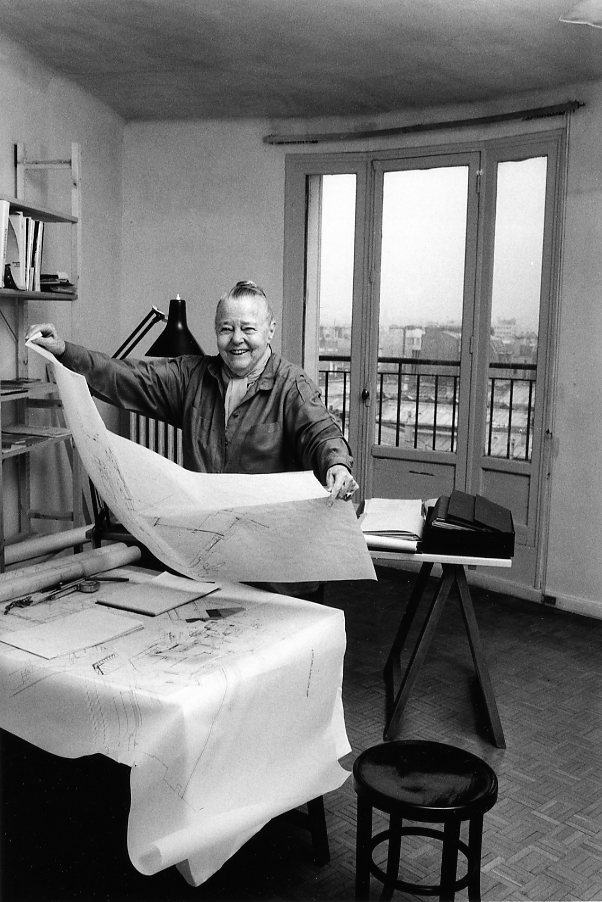 Many know the name Le Corbusier, but not nearly enough people are familiar with Charlotte Perriand, the French architect and designer behind Le Corbusier’s renowned chaise lounge. It was against all odds that Perriand even began working for Le Corbusier, as she was famously turned away from his atelier with the line: “We don’t embroider cushions here.” Celebrating her strong point of view and strong-headed nature, today we’re exploring the work and complicated relationships of Charlotte Perriand.

The Work of Charlotte Perriand

Around 1925, Charlotte Perriand began exhibiting her work in galleries, shortly after graduating from school. Perriand used her own apartment as a place to test out her tastes, renovating the space using a built-in wall bar made of aluminium, glass and chrome and a card table with built-in pool-pocket drink holders. In 1927, she recreated this design as the Bar sous le Toit (“Bar under the roof” i.e. “in the attic”) at the 1927 Salon d’Automne. The Bar sous le Toit installation was reflective of Perriand’s machinelike style, which was unique for women designers at the time. She unabashedly employed materials like aluminium, steel and leather, also a departure from the previously reigning style of design, which was mainly crafted from rare woods. This remarkable and innovative installation is what first put her name on the map.

In 1927 (at just 24 years old), Perriand waltzed in Le Corbusier’s atelier asking for a job, and it was then that she was met with: “We don’t embroider cushions here.” That was the same year her Bar sous le Toit premiered at Salon d’Automne; and when Le Corbusier’s cousin, Pierre Jeanneret, took Le Corbusier to see the exhibit, Le Corbusier changed his tune. Recognizing Perriand’s undeniable talent, Le Corbusier apologized and hired her as a furniture designer.

The trio — Perriand, Le Corbusier and Jeanneret — collaborated closely, “like three fingers on one hand,” according to Perriand. Together, they designed the LC4 Chaise Lounge, which they described as a “machine for sitting.” The chaise became one of the most seminal pieces of Modernist furniture in history — and that was just one part of their collaborations together. Perriand worked with Le Corbusier for a decade, helping to publicize and innovate his atelier and designs until she made the decision to step “out of his shadow and into a successful career of her own.”