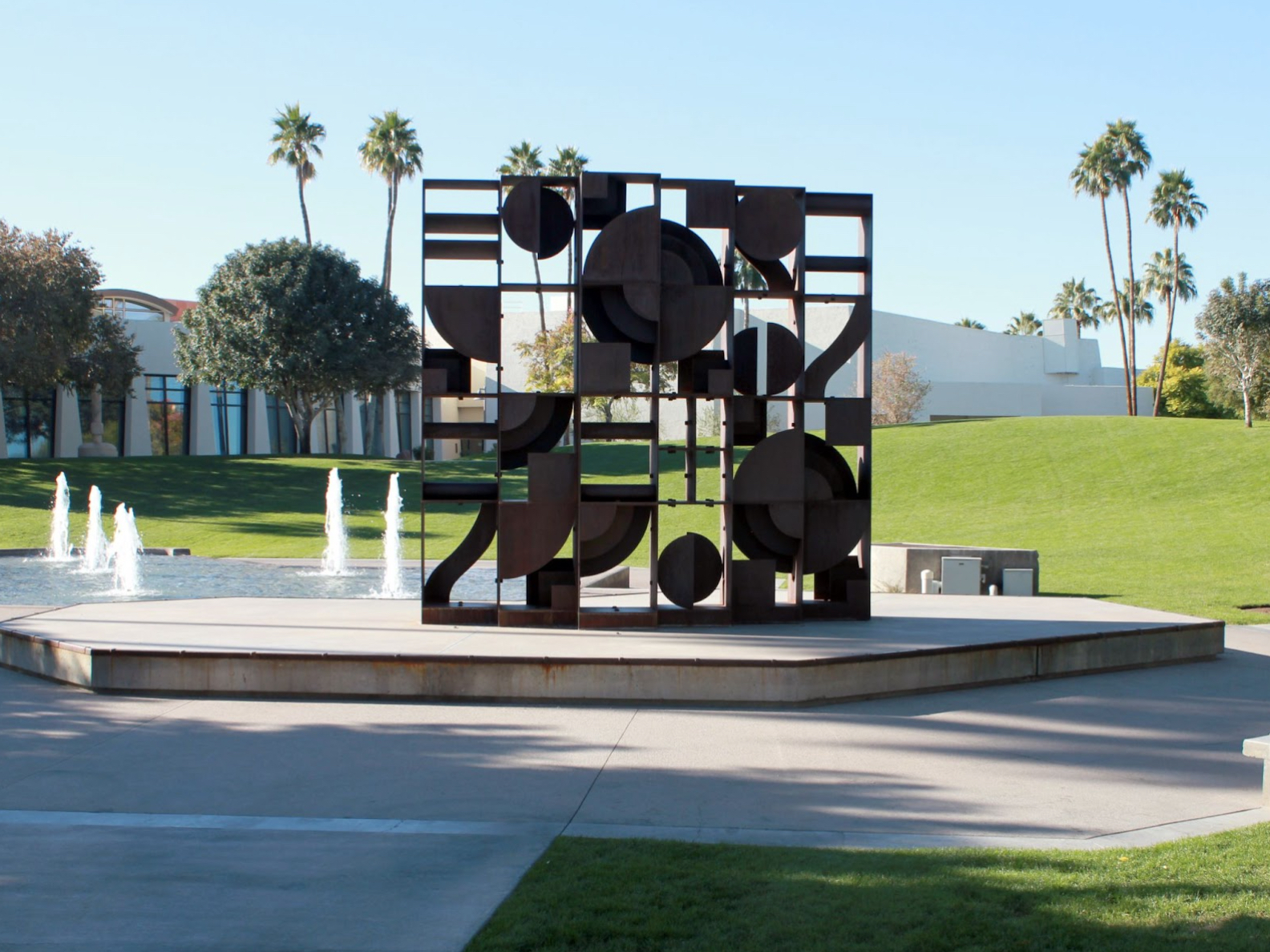 As part of our ongoing public art series, we’ve been exploring exceptional creations to be found across Scottsdale, from the unique Water to Water, to the latest installation, Pinball Wizard. Today however, the spotlight is on Windows to the West, Scottsdale’s first public art installation and one that still inspires the city today after more than 50 years in the city.

In June 1970, the National Endowment for the Arts (NEA) awarded the City of Scottsdale a $20,000 matching grant to commission its own notable work of art by an American sculptor. The NEA program, Works of Arts in Public Places, would go on to fund more than 700 works of public art across the country, and Scottsdale was the first small city they approached at the time.

Two years later, in February 1972, the City of Scottsdale finished raising their $20,000 of the matching grant, and the Scottsdale Fine Arts Commision chose acclaimed sculptor Louise Nevelson to create the first work of public art for the city. Nevelson, who is regarded as one of the best sculptors of the 20th century, completed the expressionist sculpture out of monochromatic corten steel designed to patina with time. Its abstract structure and shapes resemble some of her other iconic creations.

Although the sculpture was originally titled Atmosphere and Environments XVIII, thanks to its westward placement after its completion, it quickly became known as Windows to the West. Since its dedication in 1973, the sculpture has remained a treasured landmark of Scottsdale and continues to showcase how far the city’s appreciation for art has come.

Today, due to renovations on the Scottsdale Civic Center where the Windows to the West lived, the sculpture is in storage until the construction is finished in 2023. When it returns, art enthusiasts can expect the beloved sculpture to find its new home closer to the Scottsdale Center for the Performing Arts, but with the same western spirit as before.