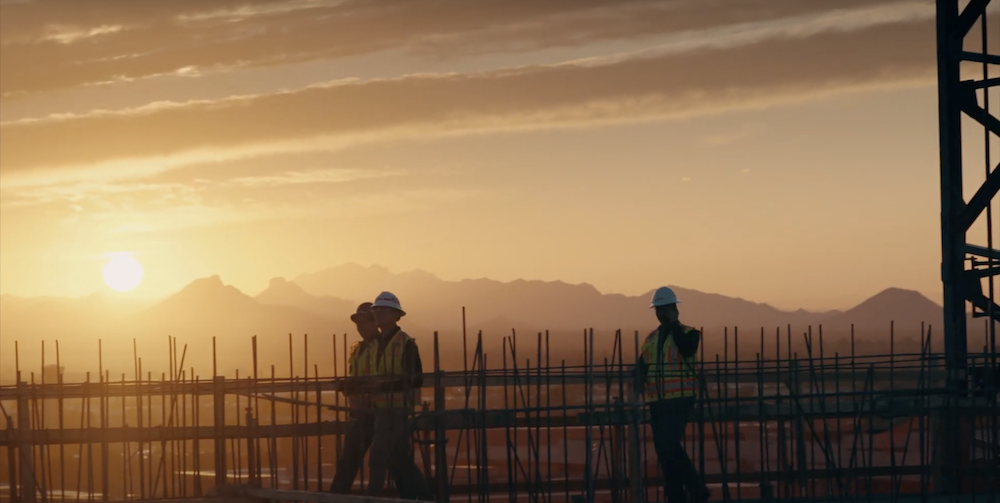 When Optima expanded to its Arizona office in 2000, everything about the landscape was foreign — from the arid climate and lush desert vegetation, to the way the city developed. Our business has taken roots in the state since then, allowing us to tackle new architectural frontiers and new design languages, and also allowing us to witness the explosive expansion and evolution of the Phoenix city skyline.

Known as the Valley of the Sun for its sprawling, multi-city metropolitan layout, Phoenix has never been defined by a dense city skyline — but that’s been swiftly changing. As a city that covers 520 square miles, Phoenix was designed to optimize for automobile travel, with a highly advanced freeway system that made out-of-town commuters able to get to and from work in as little as 20-30 minutes, a rarity for most cities.

In response to rapid growth, the city developed a “village” system in the 1980s, aiming to create several urban hubs — rather than one, centralized locale — where businesses could thrive. Since then, fifteen urban villages have emerged in the polycentrically planned city, such as the successful pocket at 24th and Camelback Road, where Optima Biltmore Towers is located.

As businesses continued to naturally gravitate to a “downtown” core, particularly after the introduction of the light rail in 2008, Phoenix recognized the need to reconsider zoning codes and encourage height and intentional growth in downtown Phoenix. Zoning codes evolved in 2010 and 2015 along the light rail track, and with the code modifications and the city opening its arms, the downtown area began to rise.

Now, 18 of Arizona’s 20 tallest buildings are in downtown Phoenix, including the 40-story Chase Tower which rises to a total of 438 feet. The U.S. Bank Center, designed in the Modernist International Style, is among that list too. While impressive skyscrapers and highrises have begun to fill in the skyline and build out a bustling and thriving downtown, we’re still able to catch glimpses of Camelback Mountain, maintaining the true-to-Arizona-style balance between the built and natural environment.