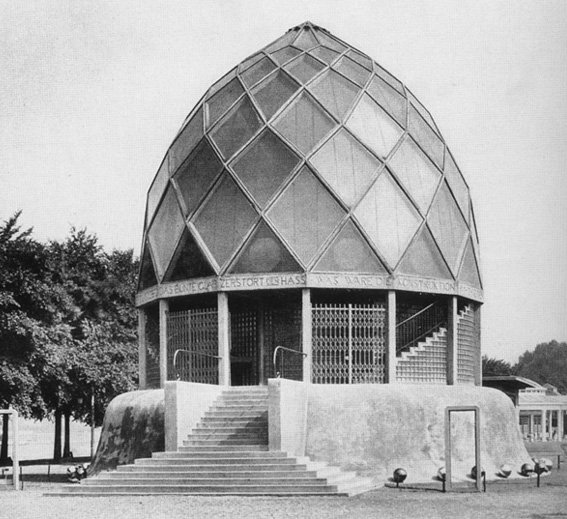 Although many know expressionism for its evocative poetry and painting, expressionist architecture was also a subsect of the Modernist Movement. While coexisting with the minimalist rigor of the Bauhaus, this avant-garde style allowed designers to explore new, radical perspectives, gifting to the world some of the most dynamic, expressive architecture of the 20th century.

Expressionism originated in the late 1800s from a small group of artists based in Germany. The artists who founded the movement felt that 19th-century impressionism – which commanded the art world – was out of touch with the social climate of the times due to the various changes that came with the Industrial Revolution. This feeling of detachment helped inspire what would soon be known as expressionism.

Acclaimed painters like Van Gogh, Paul Gauguin, Edvard Munch and Francis Bacon all contributed remarkable works of art throughout the movement, but artists who worked with other mediums also adopted the ideals that expressionists held close. Because of the vivid colors and distorted lines and angles associated with expressionism, German cinematography, in particular, took advantage of the moody standards.

After more than 30 years of commanding the art world itself, expressionists became banned from showing and selling their work in Germany, where the majority of the artists lived. The result left many artists suppressed, eventually leading to various radical movements, including Abstract Expressionism, Pop-Art, Minimalism and in the late 20th century, Neo-Expressionism.

Expressionist architecture took advantage of the many characteristics associated with the movement’s other works of art, including distortion of form, themes of romanticism, expression of inner experience and the conception of architecture as a work of art, among others. Much of the movement’s builds featured Gothic, Romanesque and Rococo affinities.

Bruno Taut’s Glass Pavilion is one of the earliest examples of expressionist architecture. The structure was built in 1914 as a feature of the Cologne Deutscher Werkbund Exhibition. Constructed using only concrete and glass, the exterior of the pavilion showcases a vibrantly colored prismatic dome and a grand staircase. The interior of the building featured a kaleidoscope of color from the crown above it and a seven-tiered cascading waterfall.

The Einstein Tower is another striking example of expressionist-style architecture. The observatory was built by German Architect Erich Mendelsohn from 1919 to 1921 and was envisioned to hold a solar telescope. Mendelsohn designed the building to reflect the radical theories formed by Einstein – specifically his theory of motion. The structure is built with brick but covered with stucco to give it its smooth, tidal-like exterior. 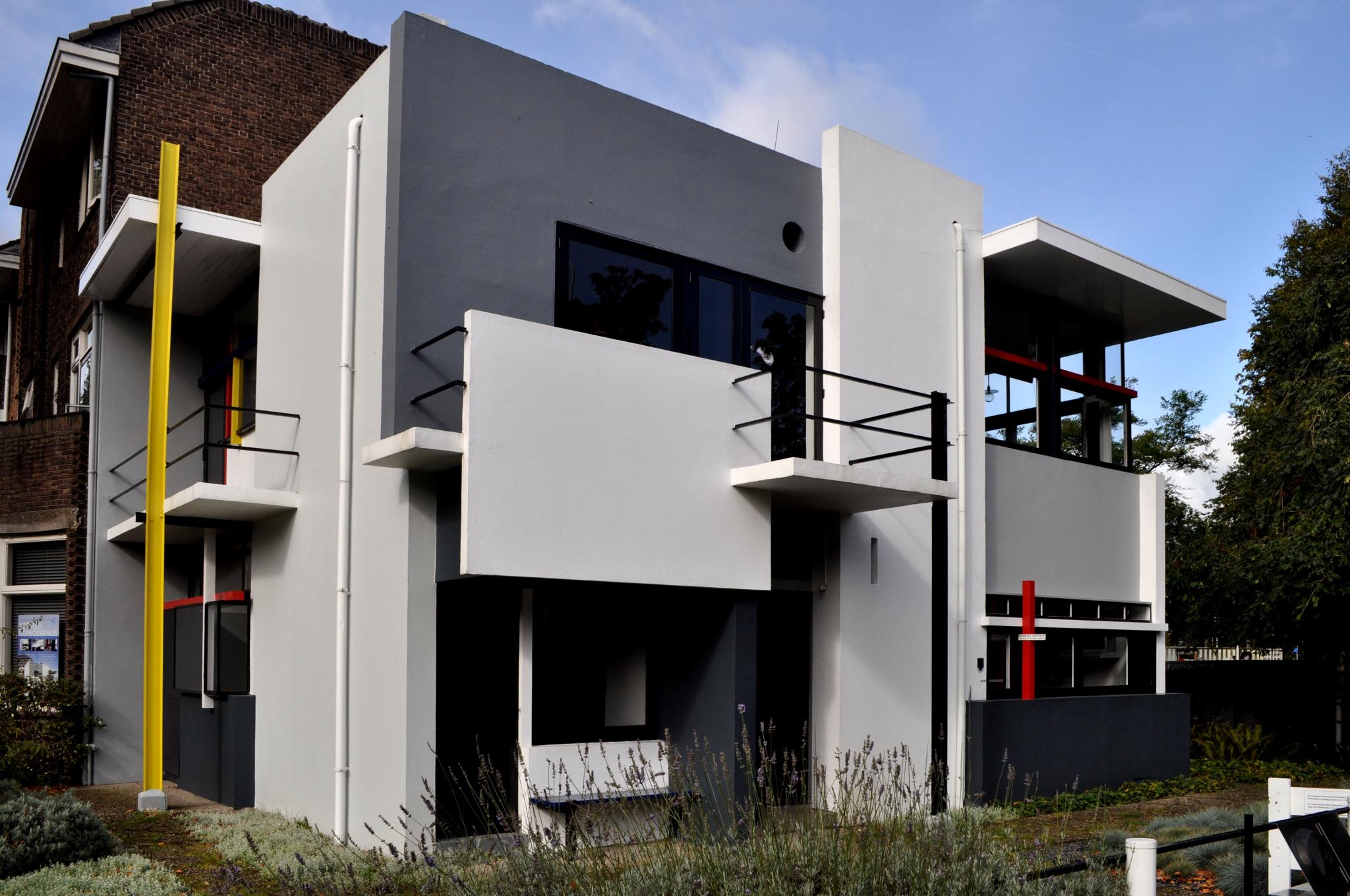 The turn of the 20th century was rich with change in almost all aspects of life. Artists and architects across the globe were more inspired than ever to bring unprecedented works of art to life. Many of which originated in the numerous modernist movements that emerged during this period. Today, we’re exploring De Stijl, a celebrated Dutch movement formed partly as a reaction against Art Deco.

The History of De Stijl

De Stijl was founded in 1917 by a cohort of painters, sculptures, architects and poets in the Netherlands’ largest city, Amsterdam. The art movement is also known as Neoplasticism. However it is more commonly referred to by its traditional name, De Stijl, which says it all for its direction. Meaning ‘the style’ in dutch, nearly all of the artwork and architecture stemmed from a simple vision and philosophy.

The principles of the movement set to ignore natural form and color. Instead it simplified compositions to only vertical and horizontal lines and palettes to only black, white and primary colors.

Throughout De Stijl’s lifespan – from 1917 to roughly 1931 – its advocates pushed for full abstraction. However, it never reached the chimeric expressions found in other abstract movements. Artists and architects associated with De Stijl still developed their own visual language, using various avant-garde elements that ranged from basic geometrical figures to intersecting planes and unbent lines.

Much of De Stijl’s work embodied a utopian vision, and realizing that vision was unattainable was one of the resulting factors for its downfall. However, the movement’s continued fame and recognition exists today thanks to the many acclaimed works and artists who contributed to De Stijl.

One of De Stijl’s most well-known works came from the Red and Blue Chair. As one of the first explorations of the movement, furniture designer and architect Gerrit Rietveld first designed the chair in 1918 but didn’t fully complete it until five years later, in 1923.

Sticking to De Stijl’s design philosophy, the Red and Blue Chair makes use of only primary colors, along with black, and is one of the most popular creations of the movement. Rietveld envisioned the chair to be mass-produced but intentionally designed it to appear man-made due to its unique, clearly defined construction.

Another well-known work of the movement and the only architectural building which followed all of its aesthetic properties was Rietveld’s Rietveld Schröder House. Built in 1924, the house was a commissioned project for Truss Schröder-Schrader, whose original vision included a grand open space without any walls.

Rietveld delivered on Schrader’s vision, utilizing construction elements that emphasized the building’s form, including various slabs, posts and beams. Making each wall portable, he designed each room as if each was its own movable entity. The design took use of De Stijl’s emblematic color palette of black and white and looked nothing like any of its neighboring builds.

Although it might not be the most notable movement stemming from the Netherland’s, De Stijl’s presence in everything from Dutch literature and paintings to architecture and music communicates just how influential the art movement was throughout the early 20th century.