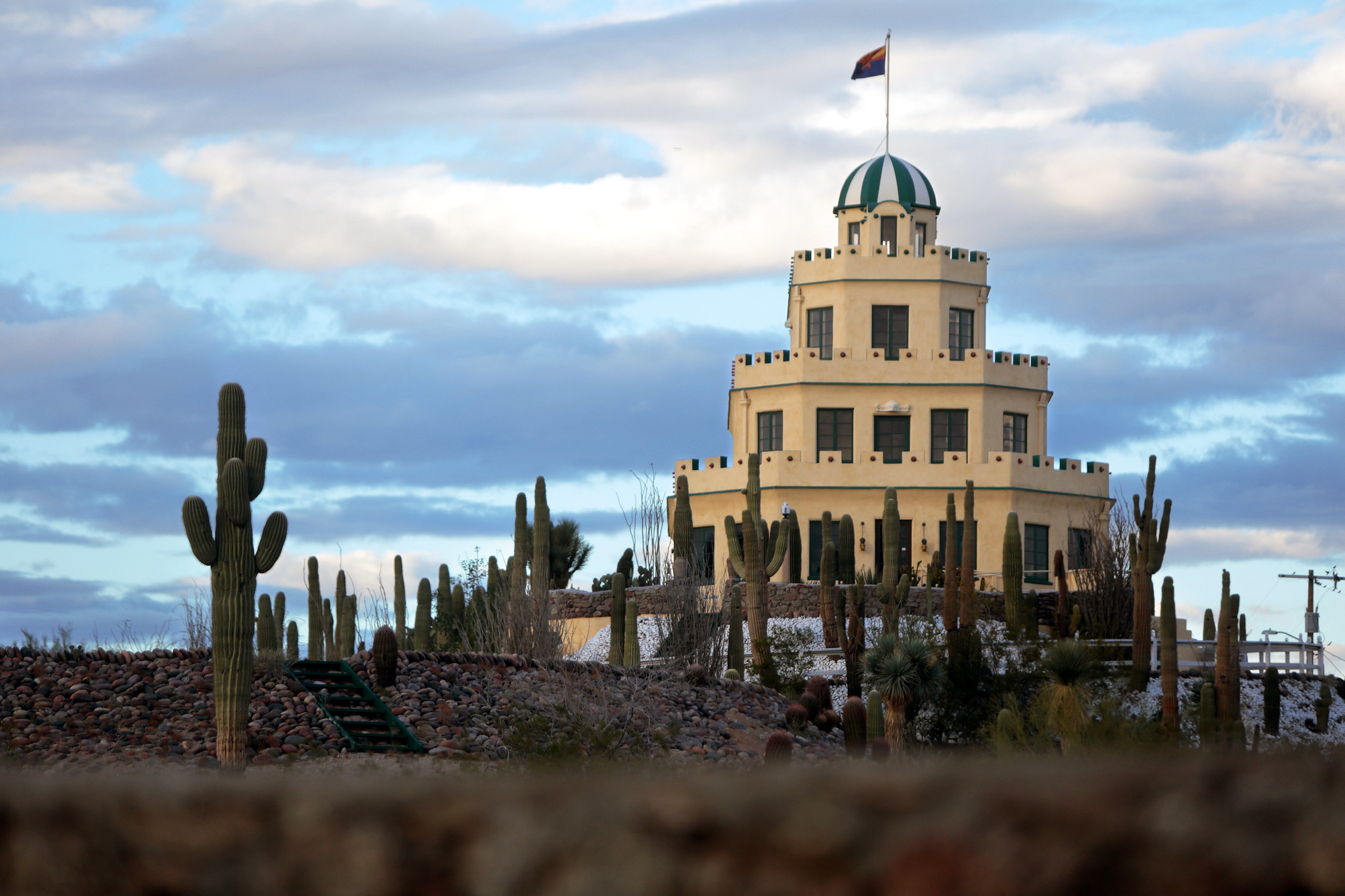 From Taliesin West to Arcosanti, Arizona is filled with some of the country’s most stunning architecture. However, many people don’t realize that there are plenty of local architecture gems that often go unrecognized, even closer to the Scottsdale area. Forever inspired by the architecture surrounding us, we’ve been out and about to spotlight a few of the many architectural treasures found around Phoenix and Scottsdale.

Built from 1929 to 1931, Tovrea Castle is one of Phoenix’s most recognizable landmarks. The castle is named after the structure’s architect, Alessio Carraro, and former owner, Della Tovrea. Thanks to its unique Italianate Architectural Style, the building is known locally as the “Wedding Cake Castle”. Its construction includes a four-tier fashion, with each level utilizing materials such as granite block, pine wood and stucco.

Intricate details, including parapets on each tier’s roof, Art Deco lighting and over 5,000 cacti, add to the castle’s extravagant character. Originally planned as a centerpiece for a destination hotel, the castle instead became a private residence after its completion and was added to the National Register of Historic Places in 1996. Thankfully today, even if you don’t tour the castle yourself, the stunning building is easily viewable to any passer-by thanks to its grand design.

Acting as Arizona State University’s performing arts center for nearly 60 years, Gammage Memorial Auditorium stands as one of Arizona’s most dramatic architectural works and one of the largest exhibitors of performing arts for universities around the world. Considered one of Frank Lloyd Wright’s last commissions, the structure stands 80 feet high and measures 300 by 250 feet. Wright based his design on a Baghdadi opera house that he had previously conceptualized for the city but never built.

Twin arch buttress walkways jut from the north and east sides of the auditorium while fifty rose-colored, “marblecrete” columns encompass the exterior, supporting the circular roof. Besides the round roof, the theme of circles are found nearly everywhere throughout the interlocking circular arcs of the building. Its shapes, colors, textures and materials all pay tribute to the surrounding Arizona landscape, and it was listed on the National Register of Historic Places in 1985.

More than 125 years old, Phoenix’s Rosson House shares a story of Arizona’s territorial past. Designed by San Francisco architect A.P. Petit, the 1895 home mainly displays a Queen Anne Victorian style. However, unique French and Chinese architectural elements are found throughout the home. Because of the home’s style, Petit utilized fired brick and wood for the home, shifting from the standard building material of the time and location, adobe brick.

Standout design elements of the house include the Victorian Era gold-infused ruby glass windows, a Chinese-inspired half-moon arch on its veranda and a French-inspired octagonal turret at its peak. After being added to the National Register of Historic Places in 1971, the historic house, now owned by the City of Phoenix, is a museum and remains a popular destination for architecture lovers today.

There’s no better way to celebrate the robust and compelling architecture of Phoenix and Scottsdale than by getting out and discovering the treasures yourself. Stay tuned as we continue to explore more of our community’s remarkable art and architecture!