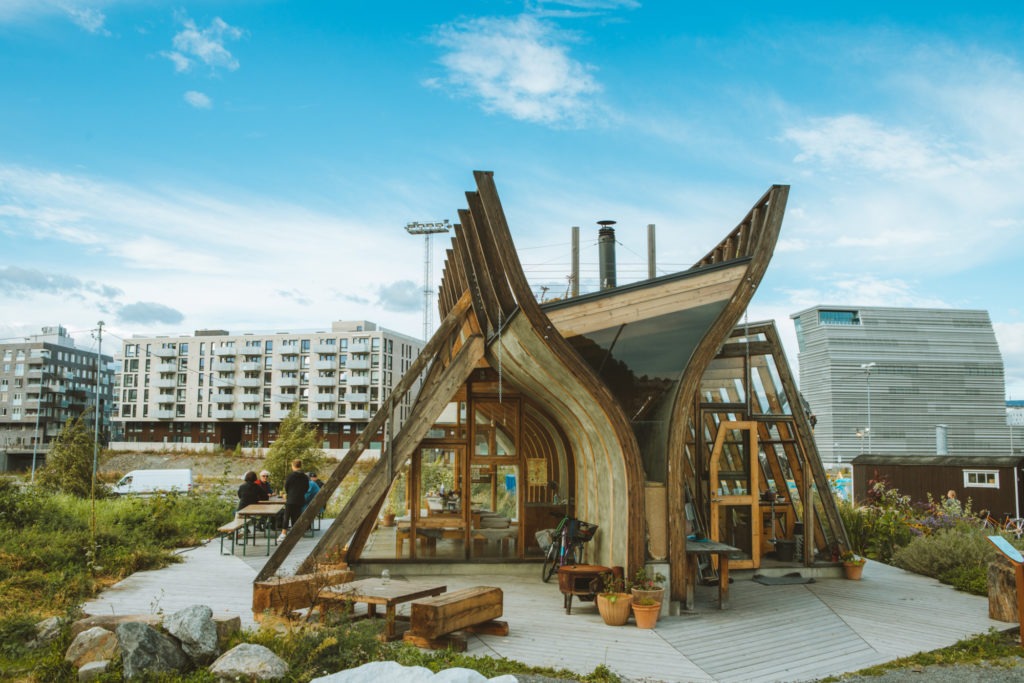 Community means everything to us at Optima, which is why we bring thoughtful design to each project, committed to supporting and uplifting every resident. Historically, architecture has been a dominant tool for many to build and sustain communities, and recently, community architecture has taken on a more prominent role in the discourse surrounding living environments. Learn more about community architecture and some of the practice’s most visionary examples below:

What is Community Architecture?

Community architecture is a collaborative building experience between both an architect and the users of the built space. The movement originated in the mid-20th century when architects across the world began to see that people wanted more say in shaping what they lived in and how they lived.

Because it was such a radical idea at its inception, some architects who took charge of the movement experienced ridicule. Minette de Silva, in particular, was unsupported in her efforts to build Sri Lanka’s first Public Housing Project in collaboration with its residents. The result, however, was a triumphant success, like many other community architecture projects across the world.

What originated as a mere art project in 2011 has turned into one of the world’s most functional community-built projects. The intricate design behind the main building, the bakehouse, operates as a place of creative production and a gathering space for communal interactions.

The structure appears still under construction or repair, but the wooden skeleton and window-filled walls intentionally mimic the past. Both the structure’s versatile purpose and its boat-like canopy design are odes to the country’s rich history, reflecting on the cultural significance of Bakehouses and maritime history.

From serving as a hunting ground for the indigenous Osage nation to being transformed into a cheese factory, the land on which The Momentary resides in Bentonville, Arkansas, has a long, rich history. Today, however, the land is home to the adaptive reuse art museum. The original structure – which is still 80% preserved – was completed in 1947, and, with the help of Wheeler Kearns Architects, the newly constructed museum finished construction in 2020.

Instead of trying to gloss camouflage the branches of history rooted in The Momentary’s land, they intentionally embraced them, designing an accessible hub that supports community members through cultural programming, education, engagement and enjoyment.

In 2020, The Night Ministry – an organization encompassing health care, housing, outreach and other social services – welcomed its new home, also designed by Wheeler Kearns Architects, in Chicago’s Bucktown neighborhood. The former manufacturing facility became transformed into the organization’s headquarters and is home to their overnight shelter, The Crib.

Parts of the original manufacturing facility were repurposed to reduce waste when constructing the new headquarters, including flooring, windows and heavy timber. Vibrant murals around the interior alongside multipurpose programming spaces and a communal kitchen and dining space also help to reflect the collaborative nature The Night Ministry displays.

The best architecture attracts people and allows them to feel a true sense of ownership of their living environment. And, because more and more architects are discovering the importance of doing just that in their projects, community architecture shows no signs of slowing down.