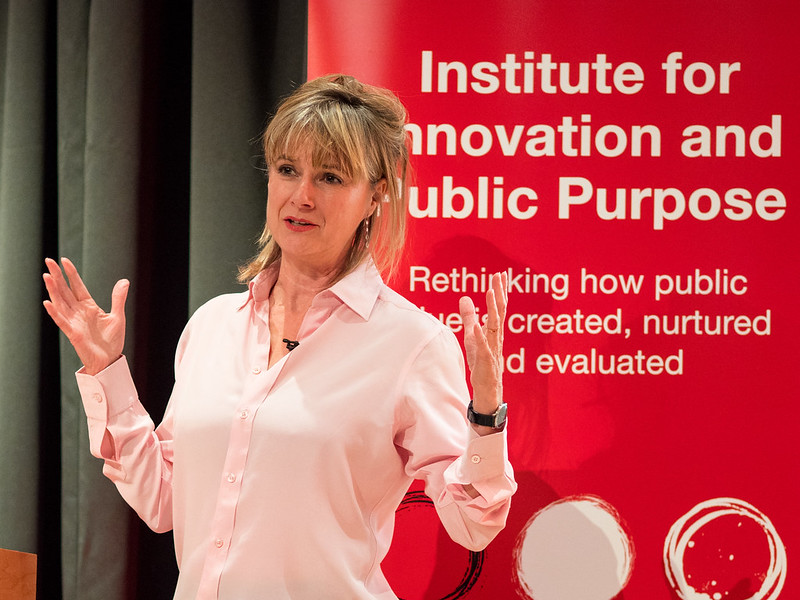 Born in Bridgend, South Wales in 1955, Amanda Levete is known for her innovative practices and making organic and conceptual designs a reality. Levete studied at the Architectural Association School of Architecture in London and worked at firms Alsop & Lyall and Richard Rogers Partnership before forming her own London-based firm AL_A (formerly Amanda Levete Architecture) in 2009.

Among Levete’s notable works are the current transformation of Paris’s famous Galeries Lafayette department store, Wadham College at Oxford University, the Museum of Art, Architecture, and Technology (the MAAT) in Lisbon for the EDP Foundation, and a new entrance, gallery, and courtyard for London’s Victoria and Albert Museum.

Levete is known for her “intuitive and strategic approach to design” which captures the identity of the urban landscape in which a building is located rather than the identity of the building itself. This approach to architecture and design allows Levete’s creations to interact with the space around them and to become a part of a cityscape rather than existing in a vacuum.

An example of Levete’s intuitive and strategic approach to design, one that interacts with its surroundings, is her design of a SEPSA subway station in Naples, Italy. Levete’s station design simultaneously functions as a work of art and a subway station that allows commuters to travel with ease while interacting with a brilliant art piece every day. At the surface level, the station becomes a central element to Naples’ Traino district which has suffered from lack of infrastructure and neglect in past years. A large, smooth metal circle made in collaboration with renowned sculptor Anish Kapoor resides above the entrance, welcoming commuters in while reflecting and highlighting the surrounding architecture of the neighborhood to the viewer. Together Levete and Kapoor celebrate the already existing infrastructure of the district while bringing something new to it through the combination of beauty and functionality.

Similarly, Levete’s work on the transformation of the ‘Cupola’ building of Paris’s Galeries Lafayettes celebrates traditional Haussmann-style architecture in order to create an innovative design in a landmark structure. Levete describes this design as a “metamorphosis,” one that acknowledges the importance Galeries Lafayette has to the daily life of Parisians and the architecture of the city of Paris. The Galeries Lafayette project is still in process and Levete plans to celebrate the original craftsmanship of the building while moving it forward into the lives of future generations of shoppers for years and years to come.