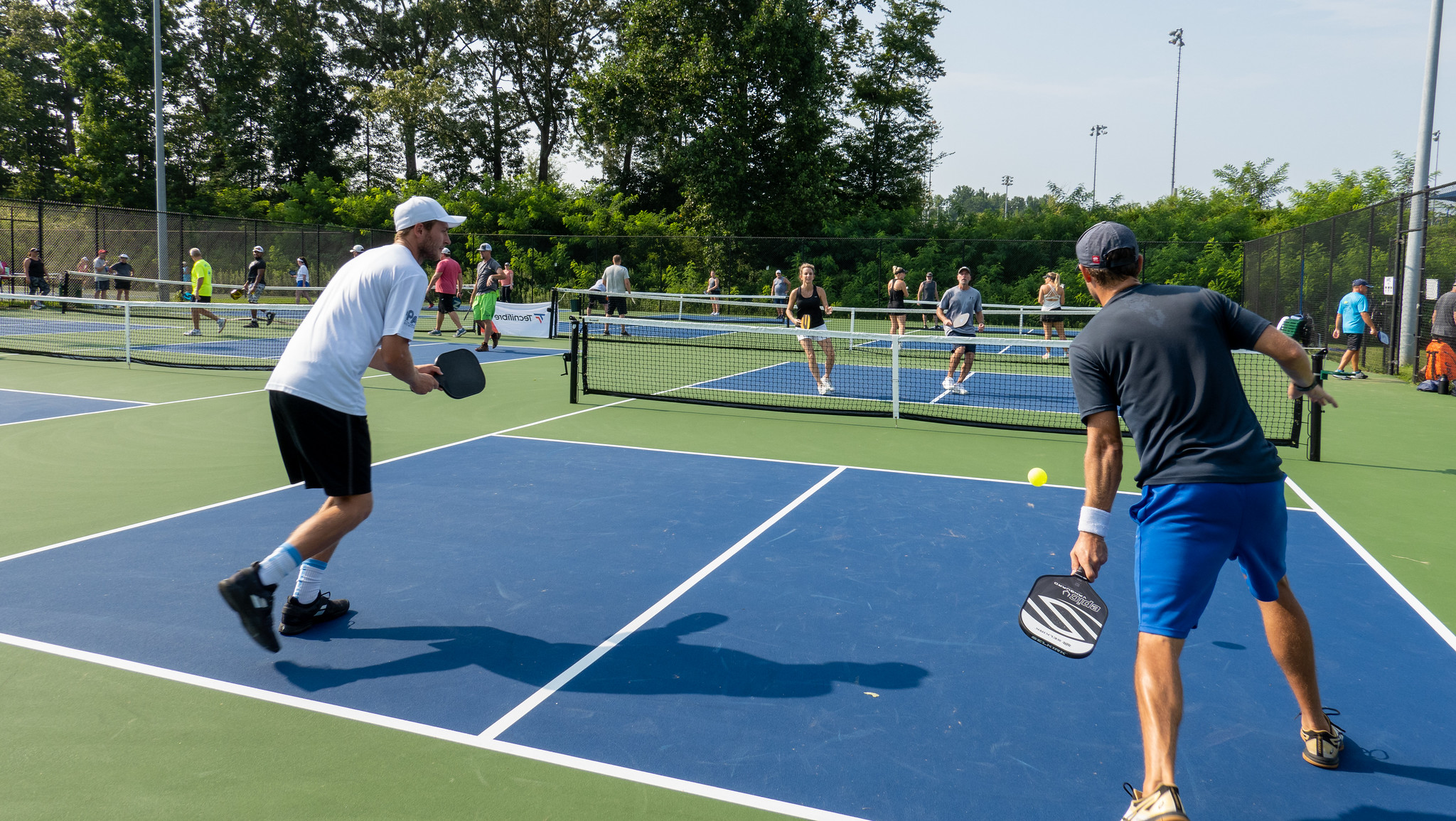 With lifestyle integral to condominium and apartment living, at Optima we love to amp up our amenities to the next level. We’re always on the lookout for cutting edge trends and amenities that will cater to our residents’ lifestyles and interests. So when we noticed the increasing popularity of pickleball in the southwest, we happily adapted to incorporate an indoor pickleball court at our latest project, 7180 Optima Kierland. For those that aren’t familiar with the sport, here’s a little pickleball 101:

Visually, pickleball appears quite similar to tennis. Played on a badminton-sized court with a modified tennis net, the sport is a combination of many elements of tennis, badminton and ping-pong. Players use a paddle and a plastic ball with holes, and can choose to play as singles or doubles. Originally, pickleball paddles were made with wood, but have evolved as the sport has gained popularity to be made primarily of lightweight composite materials such as aluminum and graphite. As for the holey ball, holes number 26-40 and the ball can come in a variety of colors but must be solid to meet official international specifications.

In gameplay, the ball is served with an underarm stroke below waist level in an upward arc aimed diagonally. Initially, only the serving side may score a point. A point is earned when one side commits an infringement of the rules, or a fault. Faults include not hitting in the opponent’s diagonal court, not hitting beyond the net, not hitting the ball before the second bounce, hitting the ball out of bounds, among others. Serving alternates players, and points can be scored equally throughout the remainder of gameplay. Watch a full video tutorial on playing pickleball here.

A Brief History of Pickleball

Why call it pickleball? It goes without saying that no pickles are actually involved in the sport. Originating in 1965 on Bainbridge Island, pickleball was the DIY invention of three dads attempting to reinvigorate summertime activities but lacking in proper supplies. The three dads, Joel Pritchard, Bill Bell, and Barney McCallum, claim two separate origin stories for the sport’s name. According to Pritchard’s wife, it was named after pickleboats. According to McCallum, the Pirchards had a dog named Pickles, who would chase after the ball, and served as inspiration for the new game’s name.

Pickleball is truly a sport for everyone, and we hope to cultivate new pickleball fanatics in our communities with the unique amenity.