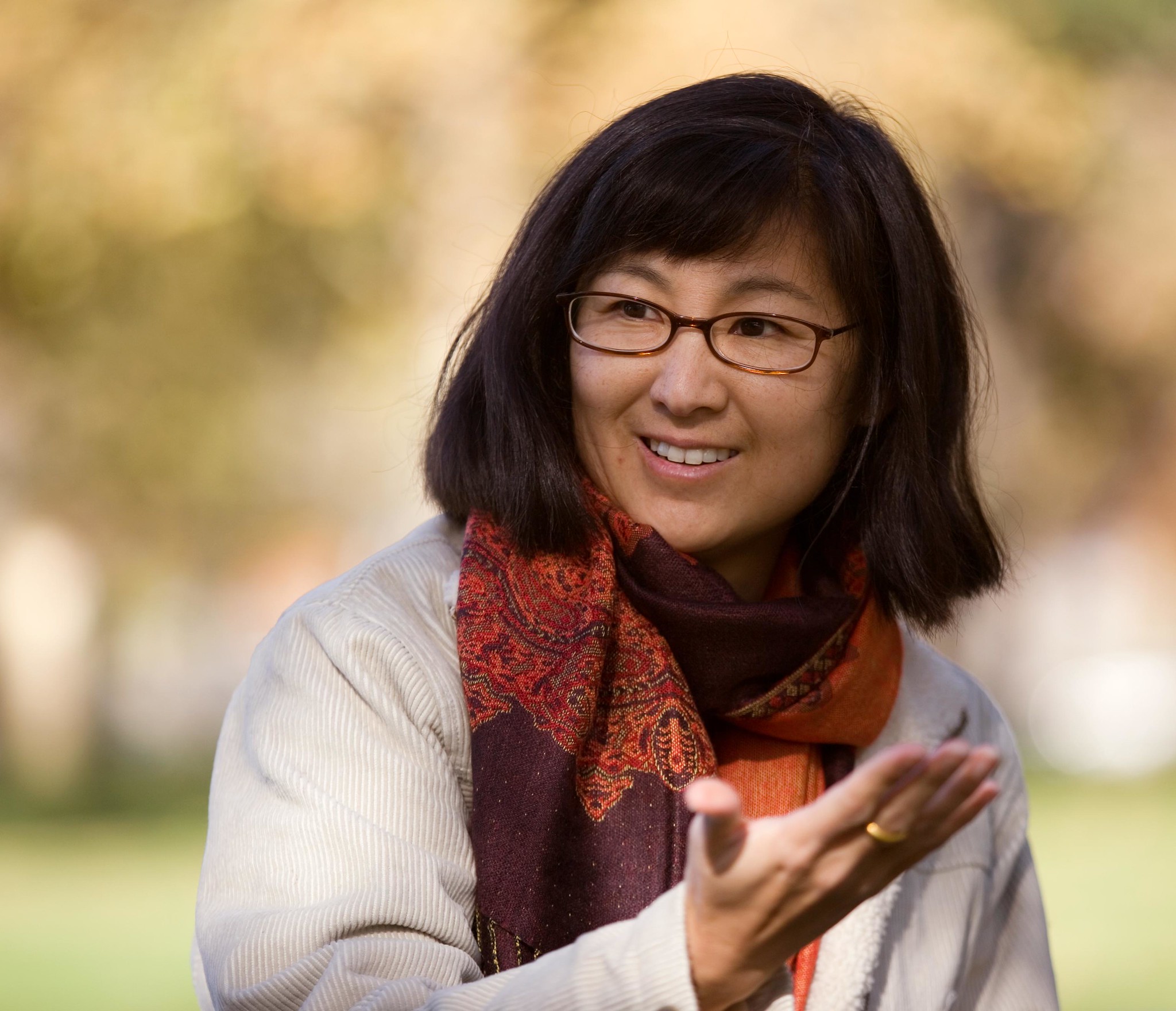 American designer, architect, and sculptor, Maya Lin was born in 1959 in Athens, Ohio. Lin rose to national recognition in 1981 as an undergraduate at Yale University when she won a public design competition at 21 years old for the Vietnam Veterans Memorial on the National Mall in Washington DC.

One of 1,422 submissions, including those from established design firms, Lin’s design included a black granite wall with the names of those lost in Vietnam carved into its face. Lin’s design intended to “take a knife and cut into the earth, opening it up, and with the passage of time, the violence and pain would heal.”

The design was controversial for its lack of tradition and because of Lin’s Asian ethnicity and youth. Today, Lin’s design for the Vietnam Memorial is a pilgrimage site for the friends, family, and comrades of those who died in Vietnam and is an integral part of the National Mall’s landscape.

Upon graduating from Yale, Lin went on to earn a Master of Architecture from the university in 1986. She opened Maya Lin Studio in New York City, her own design firm which has worked on numerous projects including the Civil Rights Memorial in Montgomery, Alabama and the outdoor Wave Field installation at the University of Michigan.

In many ways, Lin identifies as a “designer” rather than an “architect.” Her works focus on the relationship between people and nature, and how people will interact with the space and nature they take up in the future. Lin’s work emphasizes human emotion rather than politics, making the viewer aware of their surroundings in not just a physical, but also psychological way.

Lin’s 1995 design for Wave Field at the University of Michigan is inspired by the motion of fluids and ocean waves. Lin wanted to freeze the motion of water and movement of earth in an interactive earth piece that engaged the viewer more physically than a photograph. Wave Field was Lin’s first piece of earth work and was followed by her 2004 piece, Eleven Minute Line, in Sweden which is composed of a walkway that takes eleven minutes to traverse.

Lin’s architectural works include the plaza for the Claire Trevor School of the Arts at the University of California, Irvine, the design for the Museum of Chinese in America in New York City’s Chinatown, and a renovation of the Neilson Library at Smith College.

Lin’s project, “Ghost Forest” is currently on display in New York City’s Madison Square Park. Composed of a forest of dead or “ghost” trees, the installation gives the viewer an eerie vision of an earth damaged from climate change in the not-so-distant future.

In 2009, Lin was awarded the National Medal of the Arts by President Barack Obama. In 2016, she was awarded the Presidential Medal of Freedom by President Barack Obama. Other awards include the 1999 Rome Prize, an election to the National Women’s Hall of Fame, The American Academy of Arts and Letters, and the 2014 Dorothy and Lillian Gish Prize among numerous other recognitions.