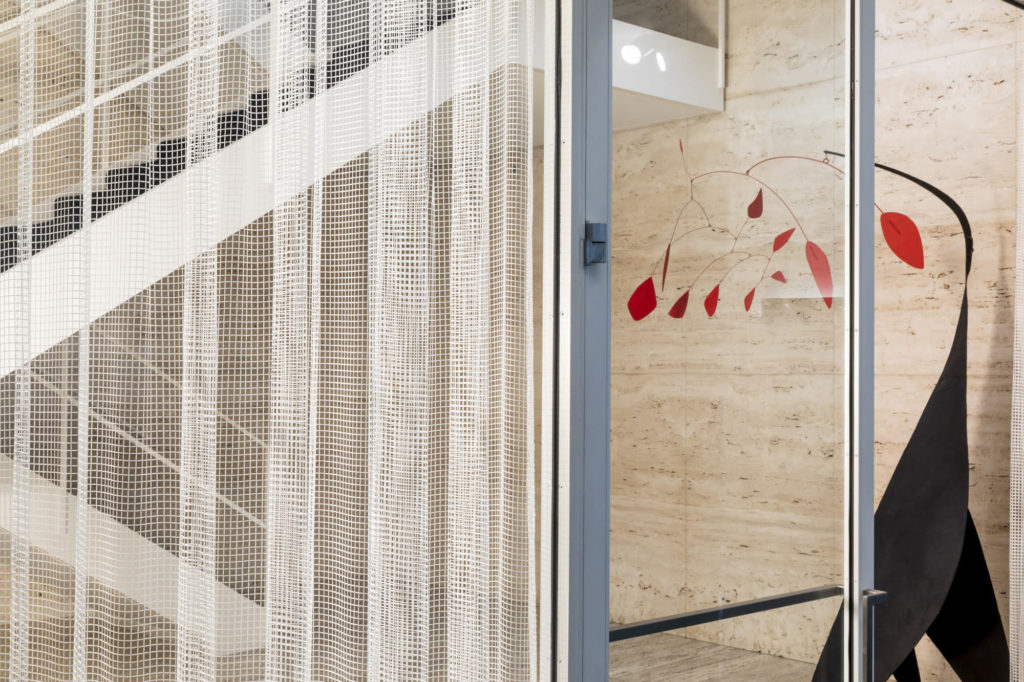 Founded in 1916, The Arts Club of Chicago was founded by artists and advocates after The Armory Show garnered negative attention when it exhibited at the Art Institute. As the first major exhibition of modern art in America, Chicagoans were shocked and scandalized. The Club’s founders took note of the negative reception and aimed to normalize modern art by curating exhibits tailored to Chicago, enabling the Club to present new, cutting-edge culture for residents and visitors alike.

Over the years, the Club has moved from an office space, to Michigan Avenue, to the Wrigley Building;  in 1951, it moved to 109 East Ontario Street. The new space was created just for The Arts Club by architectural legend Ludwig Mies van der Rohe. Sadly, in 1990, the owner sold the building, which led to The Club’s current John Vinci-designed two-story building located in Streeterville. Although much of Mies’ architectural work was lost in the move, the building remains an homage to his design and his steel staircase was restored and remains the focal point of the first-floor space, adjacent to Alexander Calder’s Red Petals.

Today, The Arts Club offers three or four major public exhibitions a year, along with displaying work from its permanent collection. The Club also offers a broad, rich calendar of programming, bringing lectures, demonstrations, gallery talks, films, music, dance presentations and other educational programming to Chicago, and to our Optima communities.

For hours and visitor information, visit The Arts Club of Chicago website.