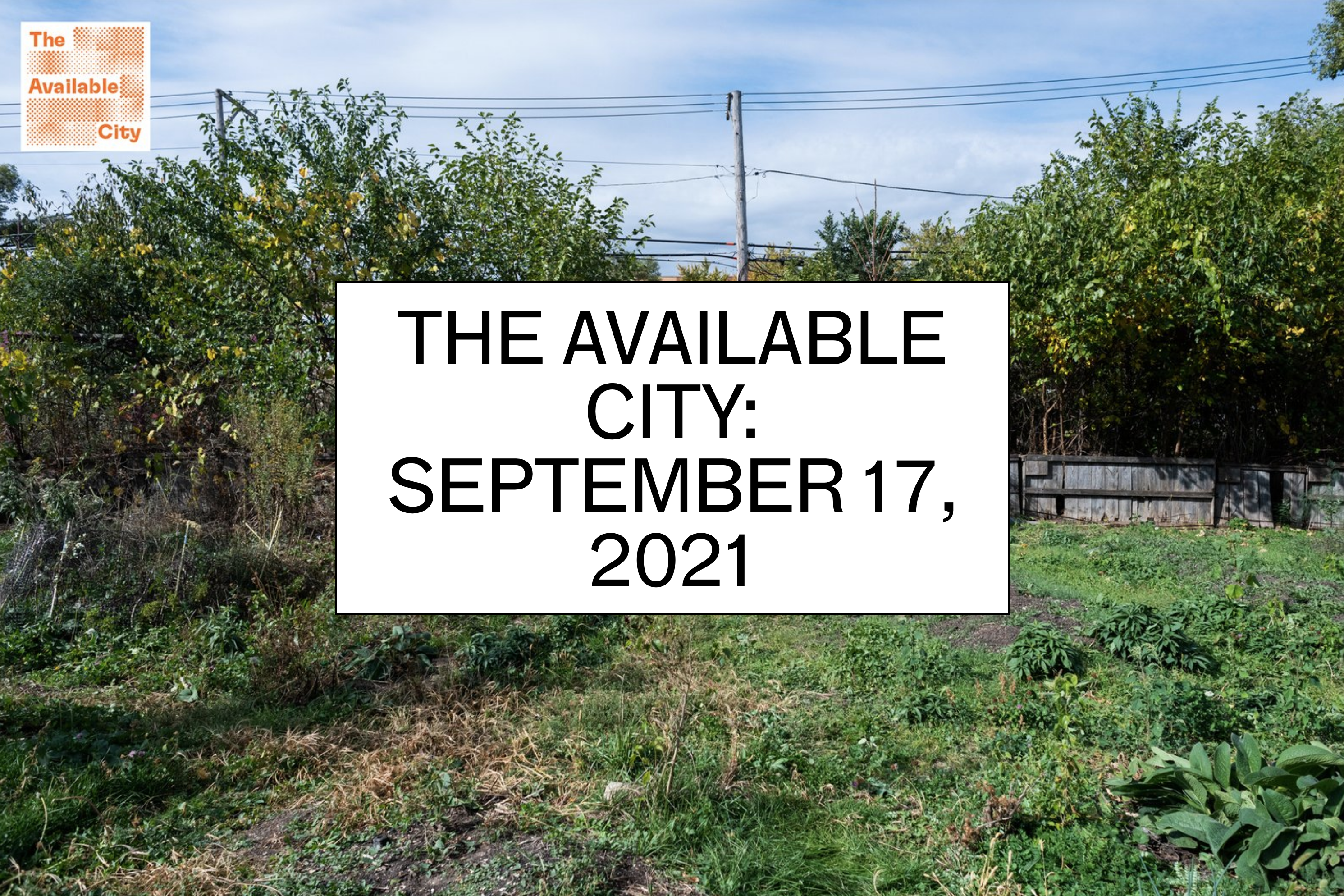 Former Chicago mayor, Rahm Emanual described the Biennial as “an ode to the city’s past and an echo to our future.” This year’s theme, “The Available City” stands true to that sentiment. The 2021 edition of the Chicago Biennial “is a framework for a collaborative, community-led design approach that presents transformative possibilities for vacant urban spaces that are created with and for local residents.” Artistic Director, David Brown, a designer, educator, and researcher based at the School of Architecture at the University of Illinois focuses his work on non-hierarchical, flexible and variable approaches to urban design and has selected a group of accomplished collaborators to reflect his vision of an “Available City.”

In order to achieve a collaborative and community-led design approach that transforms vacant urban spaces, the Biennial invites artists, architects and designers from Chicago and around the world to come together and share their creations, lead workshops and conversations, and create communal spaces where Chicagoans can come together and appreciate their city. Workshops will be held in neighborhoods across the city in which vacant spaces will be transformed into collective spaces. Digital programming will be used to activate these spaces.

This year’s lineup of collaborators include creators from around the globe and creators who call Chicago home. Chicago-based architect, designer, and educator, Ania Jaworksi, will present a solo exhibition at Volume Gallery in which she pays homage to Chicago and urban life through the humor, pragmatism, and seduction that can be found in design. Other local contributors include Borderless Studio, a research-design practice that leads community-based projects addressing issues of social equity, Central Park Theater Restoration Committee, a group aiming to revive Chicago’s abandoned Central Park Theater, Englewood Nature Trail, a two-mile green infrastructure reuse project located in the Englewood neighborhood, in care of Black women, a creative initiative launched in Chicago’s south side focused on re-activating vacant spaces and creating “cartographies of care,” Open Architecture Chicago + Under the Grid led by Haman Cross III, Lawndale’s resident artist which leads and promotes design-efforts and creative projects in the Lawndale community, PORT, a public-realm design practice founded by Christopher Marcinkowski and Andrew Moddrell, and The Bittertang Farm, an architectural duo composed of Antonio Torres and Michael Loverich who explore architecture’s connection to living organisms.

International contributors, ranging from Boston to South Africa to China, include Ana Miljački of the Critical Broadcasting Lab at MIT, Atelier Bow-Wow from Tokyo, Japan, Studio Ossidiana from Rotterdam, Netherlands and Venice, Italy, Matri-Archi(tecture) from Basel, Switzerland and Cape Town, South Africa, and Hood Design Studio from Oakland, California among numerous other designers and creatives from around the country and world.

The 2021 Chicago Architecture Biennial is open to the public starting September 17.