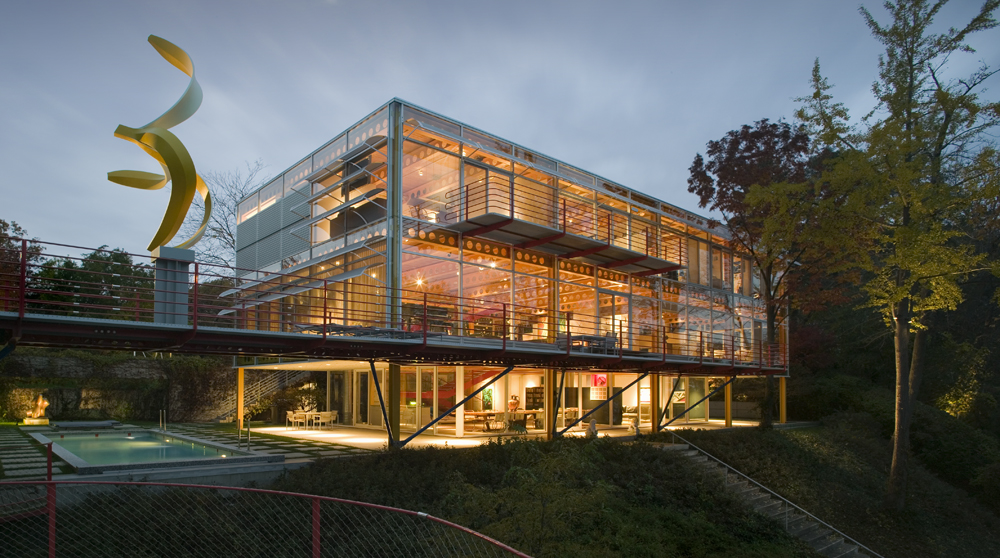 At Optima, we are in perpetual pursuit of integrating the fundamentals of design while exploring new approaches. Our design process is rooted in the Modernist tradition, whose own roots go back to the middle of the 17th century.

The Crystal Palace, designed by Joseph Paxton in 1851, is often regarded as the first Modernist structure. Created to house the Great Exhibition in Hyde Park, London, the exhibition palace showcased the premier components of Modernist architecture design: a sheet glass and structural metal exterior.

However, the Modernist movement developed in the highly tumultuous and rebellious times of the early 18th century. Many people were disillusioned by the control and stagnancy of European culture, where the 19th century academic belief system reigned supreme. Much of art, architecture, literature and philosophy were rooted at that time in reality, with the highest and most respected forms of art being those that most closely mirrored realism in style.

Modernism embraced disruption, particularly of realism and a culture bogged down by academic truths. Inspired by the groundbreaking philosophy of Freud and even by Einstein’s theory of relativity, Modernism sought to dismantle traditional forms and seek truth in new and progressive ways. Most important to Modernists was their freedom of artistic expression.

In architecture, progressive and liberated artistic expression came in the form of rejecting ornament and embracing minimalism. In direct contrast to the ornate stylings of Victorian architecture, Modernist architecture demanded that form follows function. Modernism in architecture was first and foremost a design principle, with style following after. Architects came at projects with an analytical approach to the function of buildings, and how they could create a structure to meet its purpose using rational, affordable materials. For this reason, many architects at the time believed Modernism could be the housing solution to end urban poverty.

One of the most renowned Modernist architects is Ludwig Mies van der Rohe—the man who changed the architecture program at IIT where Optima founder David Hovey Sr. studied. Mies was known for designing with clarity and simplicity, utilizing industrial steel and plate glass to define interior spaces. His minimal framework created unobstructed, free-flowing open space in his buildings.

At Optima, we are constantly  inspired by the Modernist design philosophy. A large part of our design process is the utilization of ready-made materials, because as the owner, architect, developer and general contractor of all our own projects, function has never been more important. But most important to us is the idea of freedom — the freedom to innovate and express design in new and exciting ways. And like in Modernism, style inevitably follows.