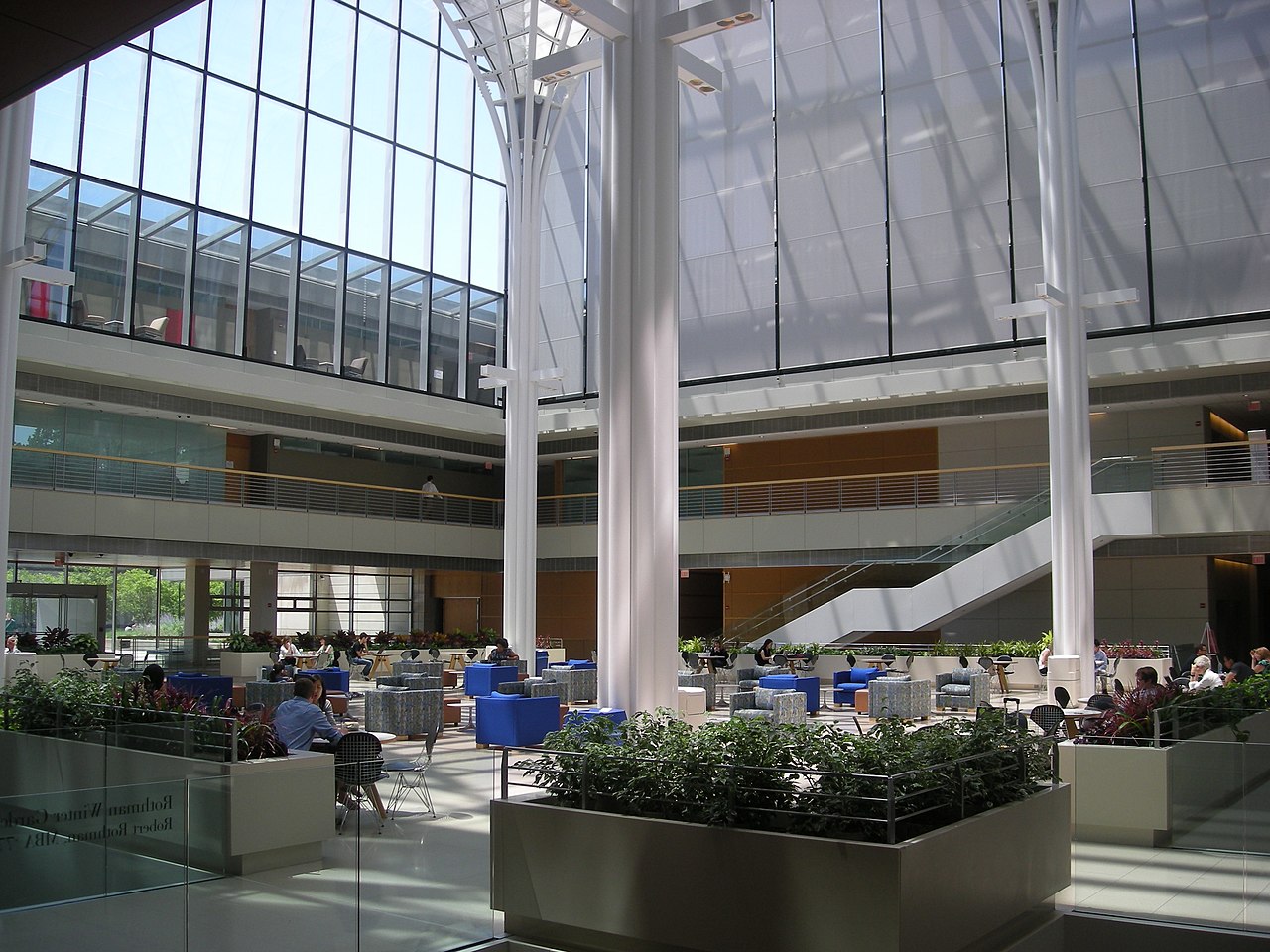 The Charles M Harper Center at the University of Chicago Booth School of Business ties the historical architecture of its neighboring structures with state-of-the-art technology and modern design.

Completed in 2004 by Rafael Viñoly, the Charles M Harper Center sits across from the Rockefeller Chapel, a masterpiece of gothic architecture, and Frank Lloyd Wright’s Robie House, considered one of the greatest feats of Prairie style architecture. The Charles M Harper Center serves as a mirror to both structures while creating its own mark on the landscape of the University of Chicago campus.

The Harper Center serves as a favorite gathering place on campus for both researchers and students alike. The building fits into the aesthetic of the university’s campus while also providing updated technology and study spaces for the community.

The Harper Center boasts a six story atrium at its center, dubbed the Winter Garden, covered with arched glass ceilings that mimic the Gothic arches of Rockefeller Chapel to the building’s south. The roof, made of light-filtering glass, serves as an ode to the glass roofs of the Robie House while also providing students with a bright, clean study space.

Much of the University of Chicago’s campus is composed of grey stone, and the Harper Center’s mix of glass and grey stone exterior celebrate the historic structures of the campus. Stone facades mimic the straight lines of the Robie house while also celebrating the Gothic design that composes the campus quad.

Parts of the building are open to the public, so next time you find yourself in the Hyde Park neighborhood, make sure to experience this cutting-edge and unique piece of architecture for yourself.