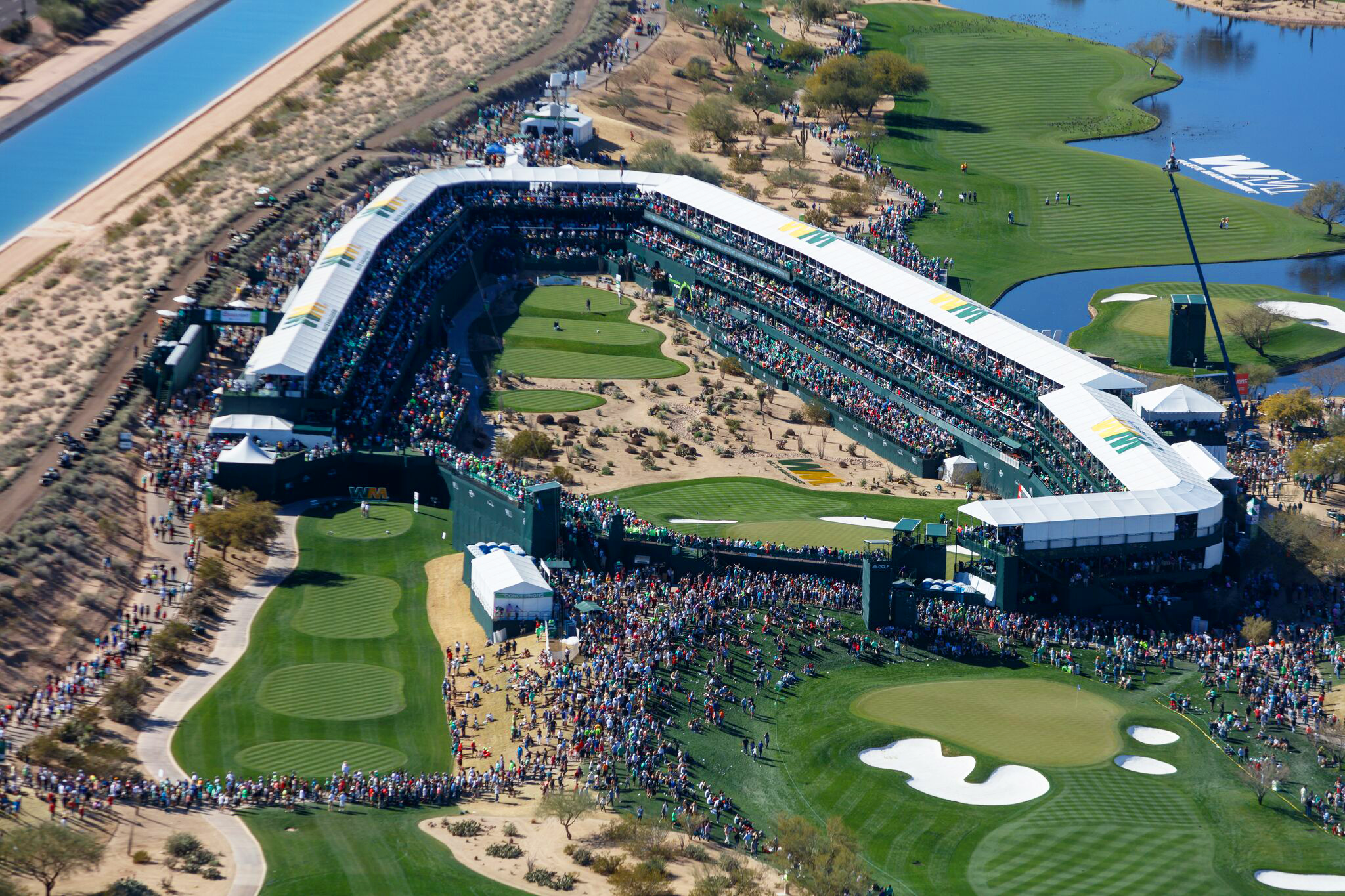 Before we tee off, it’s important to know that the annual Waste Management Phoenix Open is known as the “Greenest Show on Grass.” Playing host to the greatest players in the game. It is the PGA’s most attended event, drawing nearly 700,000 spectators each year to TPC Scottsdale!

WM stands for so much more than just “Managing Waste.” Not all heroes wear capes, or in this case — hard hats. Through Waste Management’s sponsorship of the Phoenix Open, the company has set out to seek better environmental solutions for everyone. Regardless of whether you’re tossing pizzas, running a construction site, or managing a household.

In 2021, the WM Phoenix Open raised more than $3.8 million dollars for charity, and has raised more than $165M for charities in its 85-year history. At the same time, the event has an economic impact of more than $400 million. Bringing revenue to every part of the hospitality industry in the Scottsdale area.

The action isn’t just limited to the golf course. Behind the scenes, thousands work tirelessly to ensure the WM Phoenix Open generates zero waste for tomorrow and inspires spectators to reimagine what a sporting event can truly be.

The City of Scottsdale underwent an extensive renovation of TPC Scottsdale’s Stadium golf course and clubhouse in 2014, led by architect Tom Weiskopf. It included the relocation of four greens, resurfacing of all greens, and reshaping and regrassing of all tee complexes. It also included the relocation and reshaping of all bunker complexes, replacement of cart paths, and re-landscaping of desert areas. The redesign added a dramatic new look to the course, in part due to planting more than 250 trees.  Today, the course is both aesthetically pleasing and more challenging.

Behind The Phoenix Open

Water from kitchens and bars are used in portable restrooms during the Phoenix Open, millions of gallons of water are restored for Arizona Tribal Nations through Water Restoration Certificates, and water education is incorporated throughout the entire tournament to raise awareness.

On the subject of emissions, WM Phoenix Open is the first golf organization to sign on to the UN Sports for Climate Action Initiative, aiming for a whopping 50% reduction target of emissions by 2030 and net zero operations by 2040. As if they didn’t prove themselves enough already. Did we mention that all of the electricity purchased for course operation is 100% renewable?

For the fan or golfer who desires to start the year off with a bang! The Waste Management Phoenix Open takes place in Scottsdale from February 6-12.

Purchase Tickets Here for the Greenest Show on Grass!