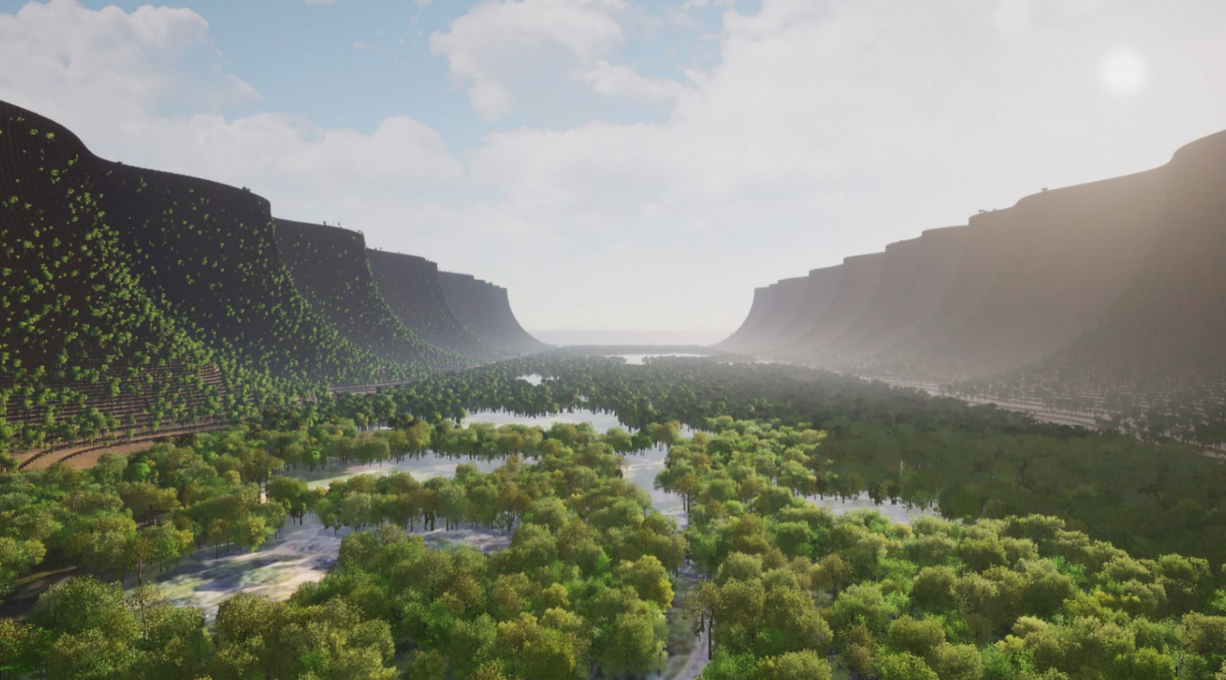 As champions of leading-edge, thoughtfully-designed spaces built to inspire communities, we enjoy sharing the visionary work of others who continue to impact the world’s landscape. In early 2021, Dezeen, the internationally-acclaimed architecture, interiors and design magazine, launched its Redesign the World 2021 competition. More than 100 firms submitted their ideas for rethinking planet Earth, and Dezeen has provided a platform to showcase the 15 most visionary, radical solutions to ending environmental issues.

Dezeen launched the contest in partnership with Epic Games and architectural visualization tool Twinmotion. The competition sought revolutionary solutions and asked contestants several ambitious questions, including: where and how will everyone live; how will vital ecosystems flourish; and most importantly, what would a redesigned planet resemble?

Each proposal consisted of an in-depth narrative, still images and a short video animation depicting the landscape. And, following more than two months of deliberation, Dezeen published all of the top submissions here, including the winning entry: Fernando Donis’ Frame City.

Donis, a celebrated architect known for designing CCTV Headquarters and managing the international architect firm Donis, constructed an idealized environment in which nature and humanity coexist. In his design, Donis established new forms of topography formed by terrace-like structures made of timber, depicting a vibrant natural landscape filled with lush greenery intended to house millions of people. The inspired landscape takes advantage of the most sustainable transportation methods and produces an environment where diverse networks of cultural exchange would thrive.

Like Optima, Donis envisions a world where nature and infrastructure become one, and innovative, thoughtful design leads the direction for an excelling world. You can read more about Fernando Donis and his vision behind Frame City here.