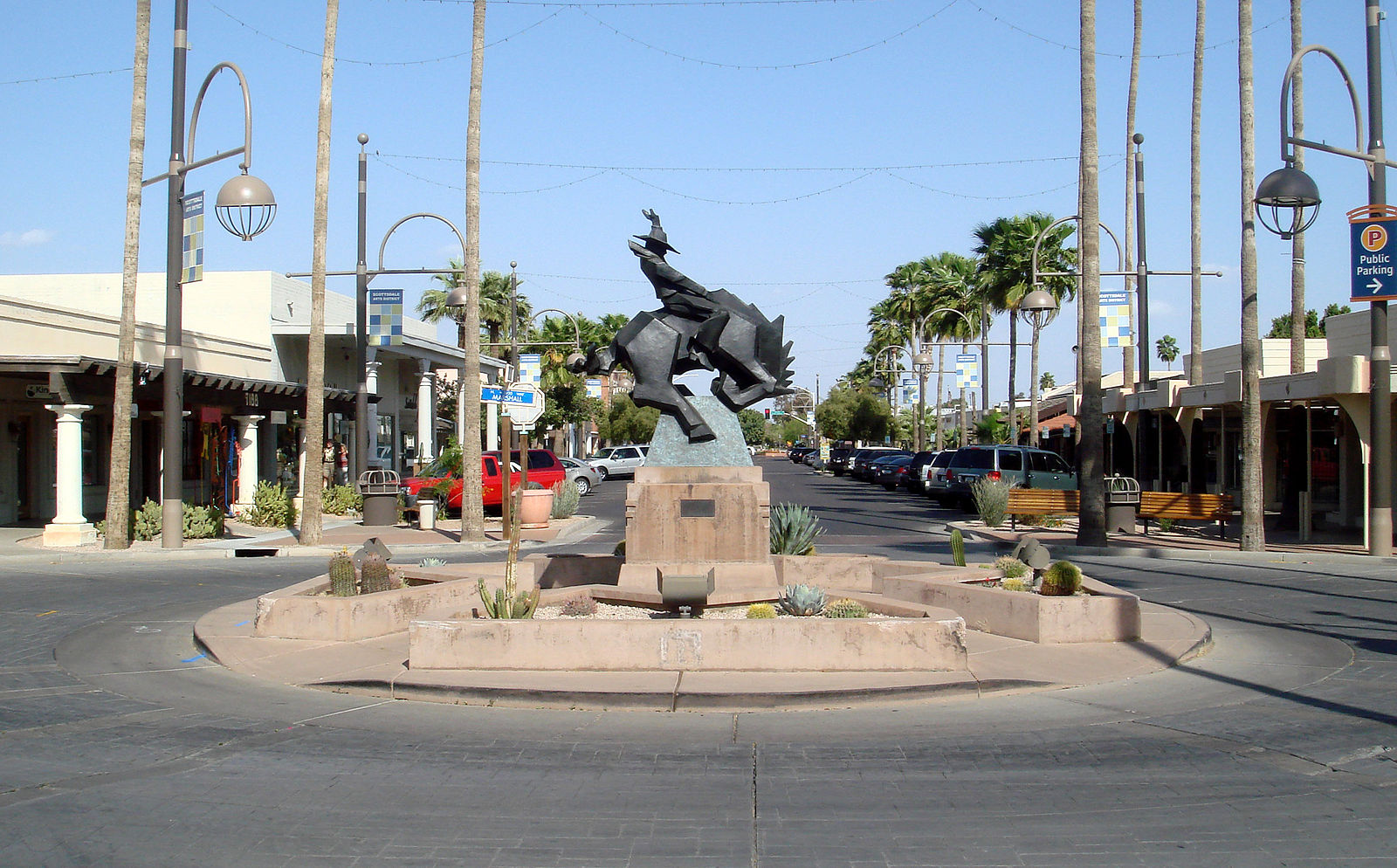 We love Scottsdale for many reasons, one of which is its vibrant and bustling arts scene. Home to the Scottsdale Arts District, the city makes its unique voice heard through striking public art such as Jack Knife by Ed Mell. To understand more about the local arts scene and to celebrate its impact on the city our residents call home, today we’re exploring the work and artistry behind Jack Knife.

Jack Knife boldly commands attention at the intersection of Marshall Way and Main Street in Downtown Scottsdale — the center of the Scottsdale Arts District — mere steps away from Optima Sonoran Village. The piece is the perfect introduction to the city’s history and culture, depicting a rider astride a bucking horse modelled after the official city seal. The bronze sculpture, which sits on a high pedestal, stands over eight feet high. Even more notable: Jack Knife is Ed Mell’s first ever large-scale sculpture.

Completed in 1993, Mell says of his work: “Jack Knife has a reverence for the Old West. It is not traditional, but yet it has a traditional theme. The angularity accelerates the power and energy of the rider and horse, more than accurate depiction.” While the piece may have been his first large-scale experimentation, Mell is one of Arizona’s premier artists.

Mell grew up in Phoenix, and his artistic practice is inspired by the natural beauty and wonder of the desert. He works primarily in oil paint, creating natural expressions of the Western landscape that exhibit striking colors and Cubist elements. This bold, graphic style is translated evidently into Jack Knife, and the artists’ passion for Arizona shines through, too.

It’s passionate creations like these that inspire us every day, and make us proud to call Scottsdale Optima’s second home.