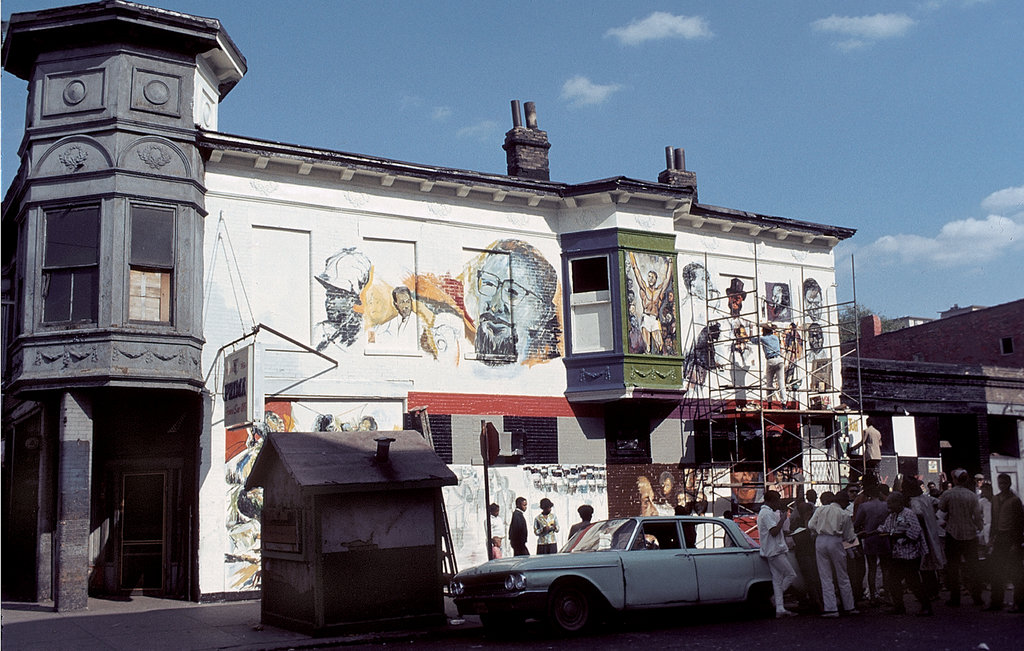 Chicago’s vibrant public art is just one of the many things that make the city so magical. From Cloud Gate and Crown Fountain in Millennium Park to Art on theMART and Lakeview’s storied murals, otherworldly art installations bring life to nearly every neighborhood. Today, we’re spotlighting an organization that has filled the city with meaningful public art and provided a space to foster community engagement for 50 years, the Chicago Public Art Group.

The Chicago Public Art Group (CPAG) was founded in 1972 by William Walker and John Weber, inspired by the destruction of a mural Walker had completed in 1967 on the side of a tavern in Bronzeville. The 20-by-60-foot mural, known as The Wall of Respect, was created to protest Black erasure and honor 50 heroes in the Black community.

The wall featured a montage of portraits, including those of Aretha Franklin, Gwendolyn Brooks and Miles Davis. It featured seven sections that split the public figures: statespeople, athletes, rhythm and blues, religion, literature, theater and jazz. After its completion, the mural instantly became a mark of cultural pride and a popular tourist attraction on Chicago’s South Side. The mural was vandalized in 1971, but its spirit lives on through public art across the country and especially within the CPAG today.

After the mural’s destruction, Walker and Weber formed the CPAG to forge partnerships with artists and communities across Chicago to transform the urban landscape. From used walls and streets to urban structures, the organization used every tool they had access to amplify their voices.

Today, CPAG is celebrating its 50th year after creating nearly 1,000 works of art throughout the Chicago area. From the Martin Luther King, Jr. Living Memorial in Chicago Lawn to the Mount Greenwood Musical Playground, the organization has completed murals, sculptures, earthworks, playgrounds, mosaics and everything in between.

And although each piece resides in a different neighborhood, they are all rooted in the same three core principles: everyone deserves to experience great art, every community deserves a voice and art-making, and public art encourages community investment. CPAG also continues to share the same values they’ve held for 50 years, uniting artists and organizations to produce art that reflects the beauty of the surrounding community.

For those interested in becoming involved with the organization, CPAG mentors, trains, inspires and supports children and adults across the city and provides everyone with the tools and confidence they need to bring their visions to life. Learn more about how you can get involved and discover more of CPAG’s inspiring art creations here!