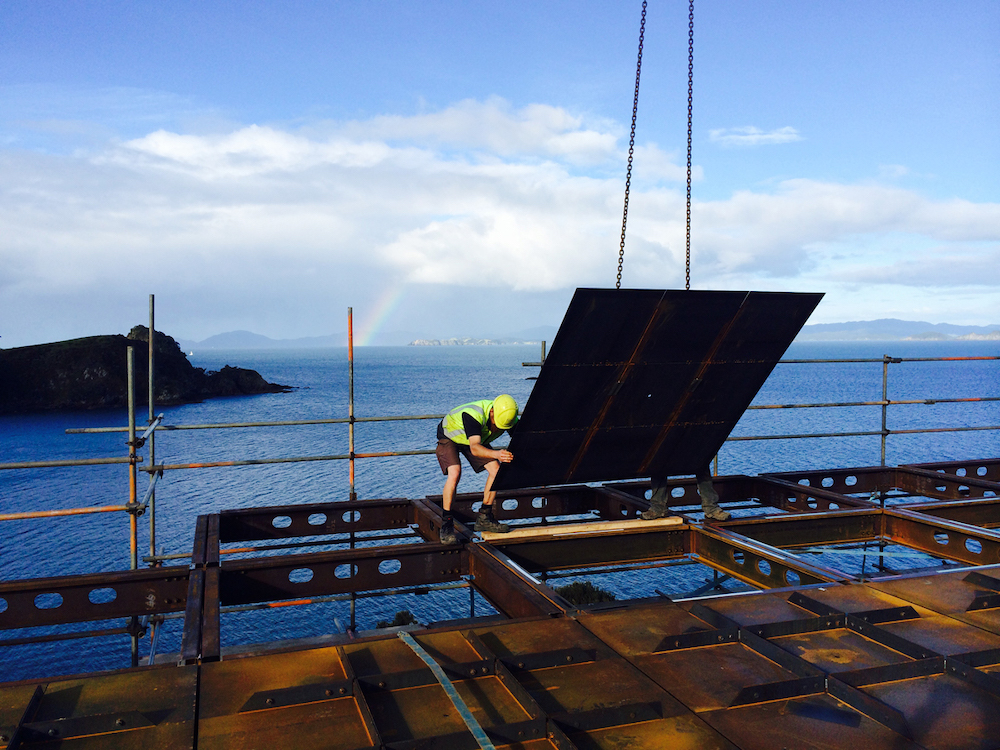 One of the most utilized structural materials in the world, you’d be hard pressed to find a construction site not making use of steel. Yet what’s now a ubiquitous material was once so hard to come by that it was regarded as heaven-sent—literally. In paying our respects to steel, we’re diving deep into its rich and storied history.

Iron, The Metal From Heaven

Before we learned to smelt iron into steel, iron itself was an alloy hard to come by. Ancient Egyptians called iron biz-n-pt, translating to “metal from heaven.” In their time, iron did come from space, crashing onto earth embedded in meteorites. This metal from heaven had a higher nickel content than the iron dug up from the ground, making it supple, malleable and resilient—and more valuable than gems or gold. It wasn’t until 2,500 BC that miners began the arduous task of removing iron from the earth, and even then, it took hundreds more years to discover how to properly separate the precious ore and manipulate it.

From wrought iron made in primitive smelters, to cast iron made in ancient Chinese furnaces, to iron smelted in blast furnaces, the material remained challenging to produce in mass quantities and to use for a variety of purposes. Certain crafts, such as the delicate process of clock-making, called for a material that was even more malleable, even more resilient than iron. That material was steel, an alloy made by mixing iron and carbon.

The Dawn of Steel

The modern steel industry was officially born in 1856 when Henry Bessemer developed a more effective and inexpensive method of producing the precious alloy. Known now as the Bessemer Process, Bessemer designed a pear-shaped receptacle in which iron could be heated while oxygen was blown through the molten metal, reacting with carbon, releasing carbon dioxide and producing a more pure iron.

Bessemer’s process revolutionized the industry, allowing for the efficient transformation of iron into high-quality steel in mass quantities. In fact, once the steel industry in America adapted the Bessemer process too, they were able to catch up with Britain’s production, sparking an industry that generated more wealth than the 1849 California Gold Rush.

Steelmaking in America continued to boom as technology improved, allowing for higher efficiency, safety and yield. At the end of World War I, the improved production of steel is what allowed for the invention of skyscrapers. The skyline shot upward in cities like New York and Chicago, a testament to the true strength and power of the material. Steel became a staple in the Modernist structures of masters such as Ludwig Mies van der Rohe, as a material that not only allowed for a fierce, durable structure, but for a simple, bold aesthetic.

Throughout our projects at Optima, steel functions as both a structural component and a Modernist aesthetic choice. In projects such as Relic Rock and Arizona Courtyard House, we utilized Corten steel, which is a 99% recycled material. David Hovey Sr. also utilizes steel in his sculpture work, moulding the material into abstract creative expressions. From humble beginnings to its inventive usage today, steel’s versatility still inspires us to venture into new endeavors.