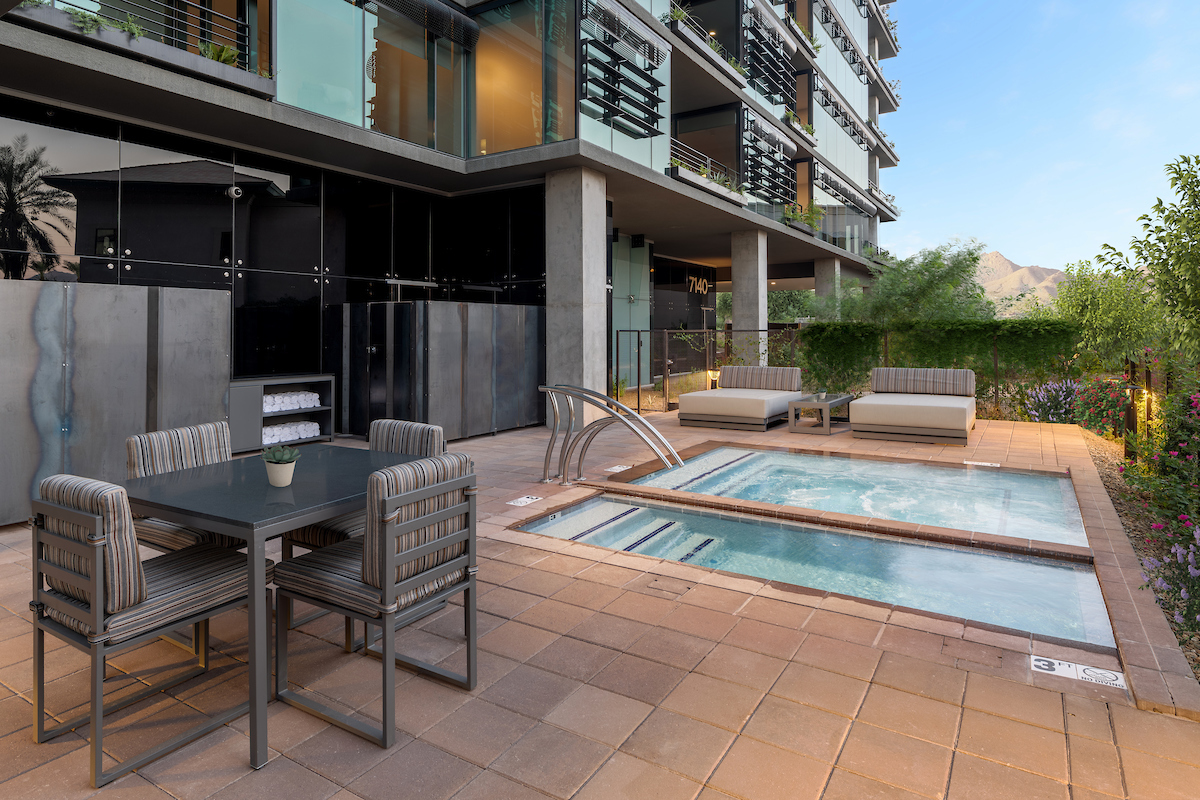 Zen gardens are synonymous with peaceful moments, stress reduction and thoughtful design. At Optima Kierland, our exclusive Club One amenity space features a zen garden to encourage those tranquil moments for our residents. To better understand the space and its history, today, we’re taking a look at zen gardens 101.

As the name suggests, zen gardens were first designed to inspire meditation at Zen Buddhist temples. While Japanese rock gardens (inspired by the Chinese rock gardens that predated them) have been around since at least the Heian period (794-1185), the first rock garden considered a zen garden was built in 1334 by Buddhist monk and zen master Musō Kokushi. The idea was that monks would view the gardens while sitting outside of them and focus on the elements to hone their meditative practice.

The development of zen gardens also pulled inspiration from Japanese ink landscape paintings at that time. Both art forms focused on winnowing down their composition to include only the essential elements of nature, which was then to be surrounded by an abundance of white space (in a painting, the blank page, and in a garden, the sand or gravel).

Each element is a meaningful symbol in Japanese culture, and their arrangement in the garden represents and honors that. Typically the gardens are brought together by gravel or sand, which is raked to represent rippling water. Emphasis is also placed on the principles of naturalness (Shizen), simplicity (Kanso), and austerity (koko).

At Optima, we’re honored to borrow from this deep and meaningful tradition. The zen gardens at Optima Kierland seamlessly blend the ancient tradition with the Modernist discipline, utilizing water, landscaping and open space to bring meaningful moments of zen and tranquility to our residents.