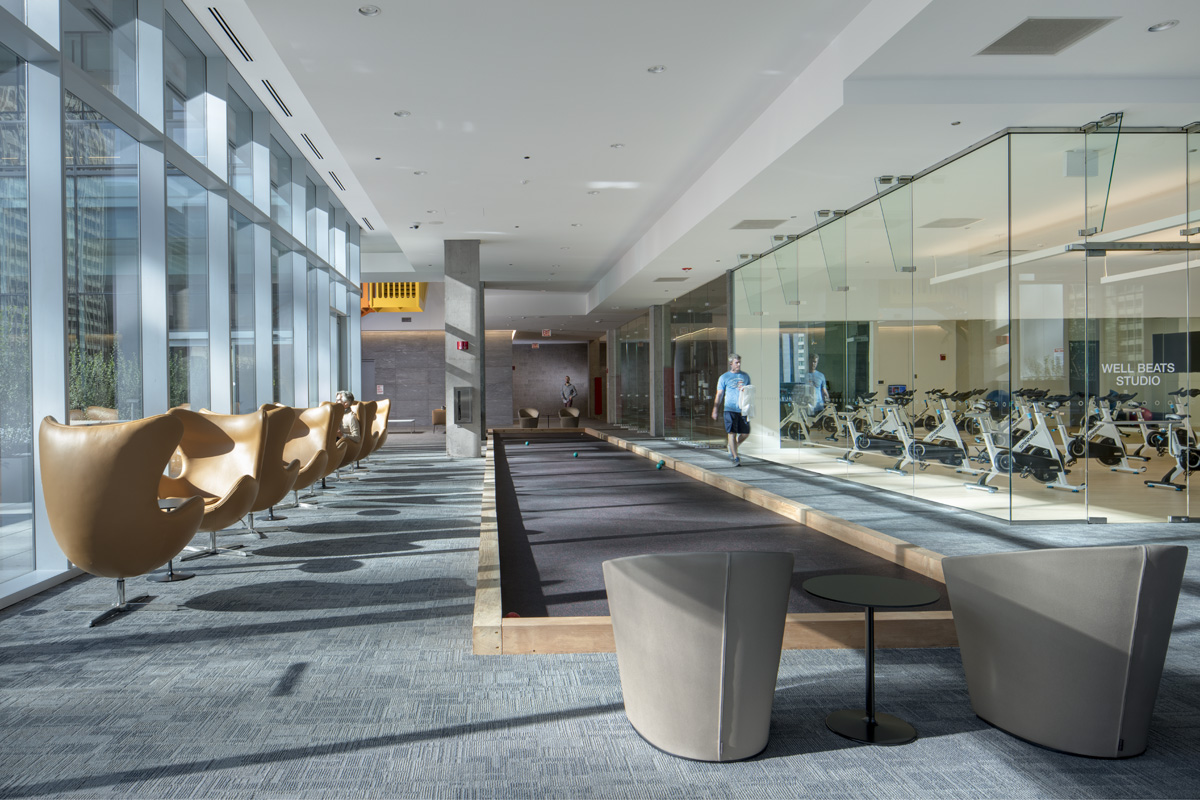 At Optima, we don’t just build homes, we build communities — that’s because fostering a sense of connection is an integral part of our process, and an integral part of the resident experience. We aim to create spaces where people can meet, play and entertain, whether that’s with other residents of the building or with their friends and family (or a mix of both). And that’s why at our Chicago community, Optima Signature, we added bocce ball courts to one of our four dedicated amenity floors. The highly social and engaging sport not only provides our residents with competitive fun, but it’s an occasion to connect over, too.

According to the Chicago Tribune, the U.S. has seen an explosion of “social bocce” playing across the country. Those seeking exciting new ways to spend time with family and friends have flocked to the casual sport now being played at restaurants, bars and park districts all over. But perhaps what attracts people to the sport even more is its accessibility. Bocce ball is an incredibly beginner-friendly game, and bocce courts are also easy to maintain for the sites that host them.

Bocce is played on courts made of soil or asphalt, typically up to 90 feet long and between 8 and 13 feet wide. Games are played between two opposing players or teams of 2-4, where players “bowl” bocce balls down the court and attempt to get their ball closest to the “jack.” Bocce balls are hefty, spherical balls made from wood, metal, baked clay or plastic. Players/teams receive one point for each ball that is closest to the jack, with most games ending around 7-13 points scored. Considering the space needed while playing, it’s also a great game for social distancing.

The bocce ball court at Optima Signature occupies an open, inviting space between other amenities on the seventh and eighth floors. These dedicated amenity floors, designed to be a gathering space for residents, include features like a putting green, golf simulator, WELLBEATS cycling studio, indoor basketball court and an open lounge area with Egg chairs, perfect for spectators of the game. Bocce ball is a natural fit in the mix, cultivating a lively environment where residents can come together over fun, shared activities.