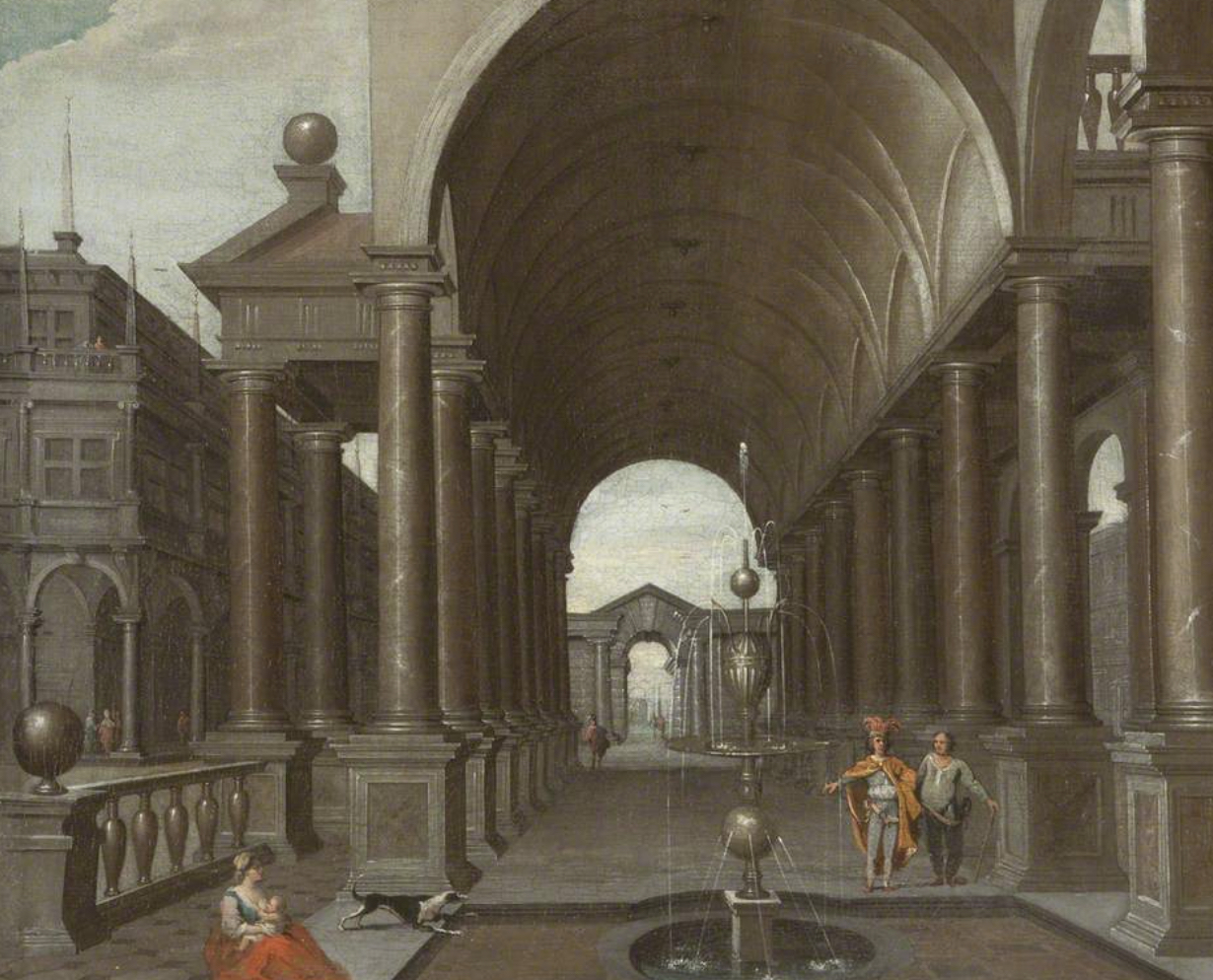 If you look closely, architecture and its influence are in almost everything, from the clothes someone is wearing on the street to the more obvious building they may be walking past. We’ve previously touched on the inherent connections that architecture and fashion share, but arguably even more significant is architecture’s relationship with fine art. Today, we’re exploring how some artists have adopted architecture as a subject in their art throughout history.

In Western art it wasn’t until the 16th century that architectural paintings popularized across Europe as an independent genre. The genre encouraged artists to use architecture as the predominant subject in the painting by using both exterior and interior views. Before then, architecture was mainly used as a background, providing balance for the rest of the painting.

The genre centralized in Flanders and the Netherlands with artists like Hans Vredeman de Vries, and it became a staple of the Dutch Golden Age art. Vredeman de Vries’ Fountain in the Courtyard of a Palace is one of the earliest architectural paintings, leaving a great influence on the art and architecture of Europe for decades. The painting displays grand Corinthian columns lining a stretched arcade. The arcade leads to a lavish courtyard in the background and, in the foreground, a fountain.

In 1784, French painter Jacques-Louis David’s Oath of the Horatii became a triumph among the public and remains renowned today. The large painting depicts a Roman legend of a dispute between two cities. In the foreground, six life-size figures pose like actors on a stage, each displaying a different character. The geometry and depth of the setting’s architecture become emphasized due to David’s use of harsh, slanted light throughout the space.

Vincent van Gogh’s Café Terrace at Night is another acclaimed architectural painting. Van Gogh completed the oil painting in 1888 in Arles, France. The setting exhibits a brightly lit terrace of a coffee house under a night sky. To the right, a tree’s branches slightly come into view above a lighted store underneath, and in the background, a shaded church tower ascends above the city.