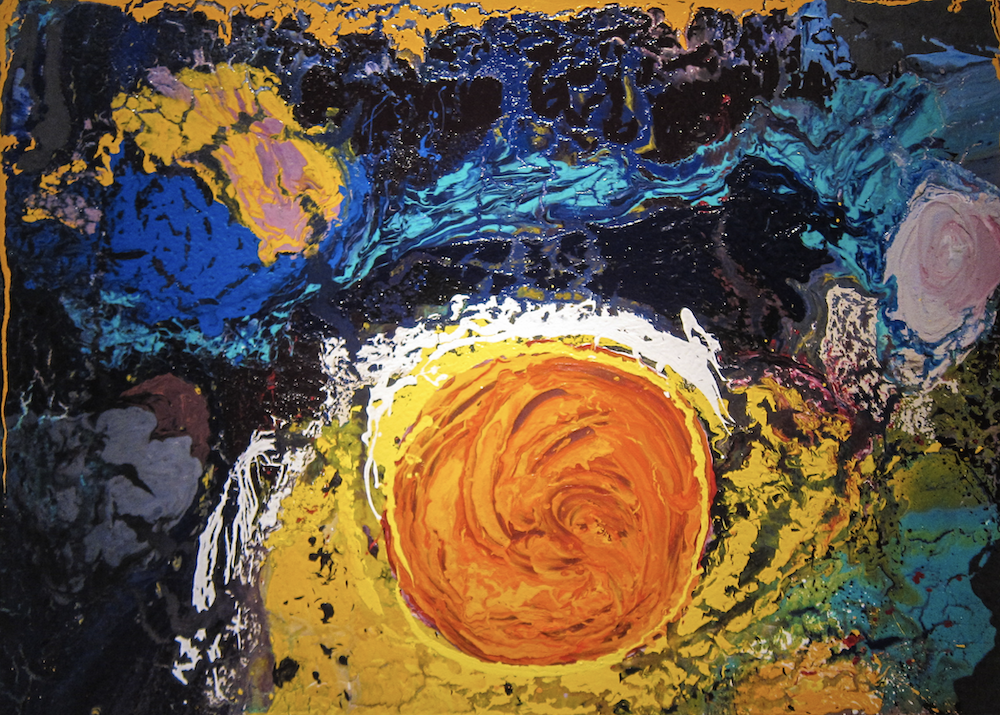 Jules Olitski was an American painter, printmaker and sculptor whose work explored color as a subject. Olitski’s innovative experimentation in paint and its properties yielded results that were at once atmospheric and beautiful. In many of our properties, displaying the work of Jules Olitski plays complement to our own exploration of color, form and function.

The Life of Jules Olitski

Jules Olitski was born Jevel Demokovsky in 1922 in Snovsk, Russia (now Ukraine). His birth came just a few months after his father, a commissar, was executed by the Soviet government. At only a year old, along with his mother and grandmother, Olitski emigrated to the United States, where the family resided in Brooklyn. Even at a young age, Olitski demonstrated an aptitude for art. In high school, he won a juried prize that allowed him the opportunity to attend art classes in Manhattan.

In 1939, at 17, Olitski attended an exhibit at the New York World’s Fair, and it was there that he first saw work by Rembrandt. Olitski described the experience as “transformative.” The budding artist delved into the academic art world to study portraiture, but his schooling was interrupted when Olitski was drafted into the army during World War II.

Luckily, the G.I. Bill allowed Olitski to spend time studying in Paris following the war. The Paris schools were Olitski’s first introduction to the European modern masters. Their modernist approach led Olitski to engage in a deep process of self-analysis and reinvention — a process which involved painting while blindfolded, enabling the artist to unlearn his academic training as a portrait painter and freeing his inhibitions.

The Art of Jules Olitski

After school, his originally classical work became more abstract and focused on the surface, color and physical properties of paint and painting. This process-oriented approach led him to express a desire to create “color that would hang in the air.” To do so, he rented an industrial spray gun that allowed him to experiment and discover a radical new technique of layering atmospheric blankets of thick color onto canvas.

Olitski’s unique approach to the canvas helped establish the movement of Color Field painting in the mid-1960s. It also led him to represent the U.S. in the 33rd Venice Biennale in 1966, and to become the first living American artist to showcase a one-person exhibition at the Metropolitan Museum of Art in 1969. His work has been described as “visual drama” and “visual muzak” by international art critics.

Olitski was able to learn a classical approach to art, and then subvert that through his own unique innovation. Having his works on the walls of our own properties reminds us to always challenge the status quo, and to never stop inventing.