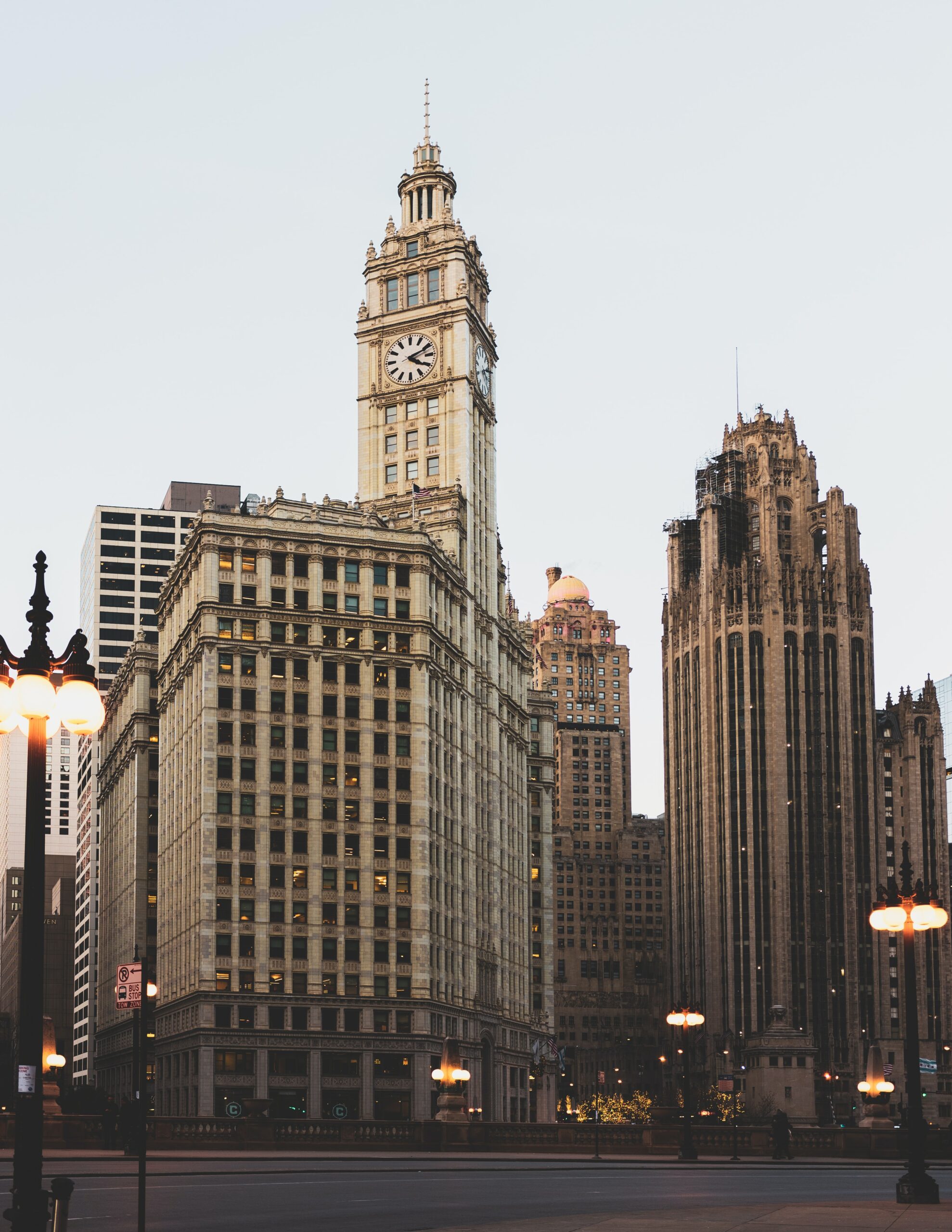 As part of our Chicago Skyscraper History series, we’re exploring some of the architectural feats that have defined Chicago, and buildings across the world. The Wrigley Building, established in 1924, was one of the first major office buildings north of the Chicago River — paving the way for many workplaces that followed. And that wasn’t all that set this show stopping skyscraper apart…

The Wrigley Building is located at 400-410 North Michigan Avenue on the southernmost end of the Magnificent Mile, directly across from the Tribune Tower. As mentioned above, at the time of the building’s groundbreaking in 1920, there were no other major office buildings north of the river. Chewing gum magnate William Wrigley Jr. hand selected the oddly shaped lot for the headquarters of the Wrigley Company. Unbeknownst to Wrigley, this would set off a building boom in the area, and eventually lead to the establishment of a strip of Chicago’s finest skyscrapers.

The Wrigley Building certainly set the tone for those who followed. Designed in the Spanish Colonial Revival style by architect Graham, Anderson, Probst and White, the building is a luminous beacon recognizable to locals and tourists alike. The building facade is made of six shades of gleaming white terra cotta, getting lighter and more luminescent as the structure climbs into the sky. This coloration was a choice made by Wrigley himself, having seen the famed White City display at the World’s Columbian Exposition years ago in 1893, and having never forgotten the shining hues. The Wrigley Building is cleaned regularly to maintain its sparkling white stature.

The building’s southern tower went up in 1920, and the northern tower followed in 1924. These two towers are connected by two separate bridges (one on the 3rd floor and one on the 14th floor), another defining feature of the renowned architectural gem. The 14th floor bridge, which was constructed in 1931, was added to connect the two disparate offices of a bank in accordance with a City of Chicago statute.

The Wrigley Building has since earned landmark status in 2012, and although the Wrigley Company is long gone, they’ve no doubt left their mark on Chicago’s skyline.