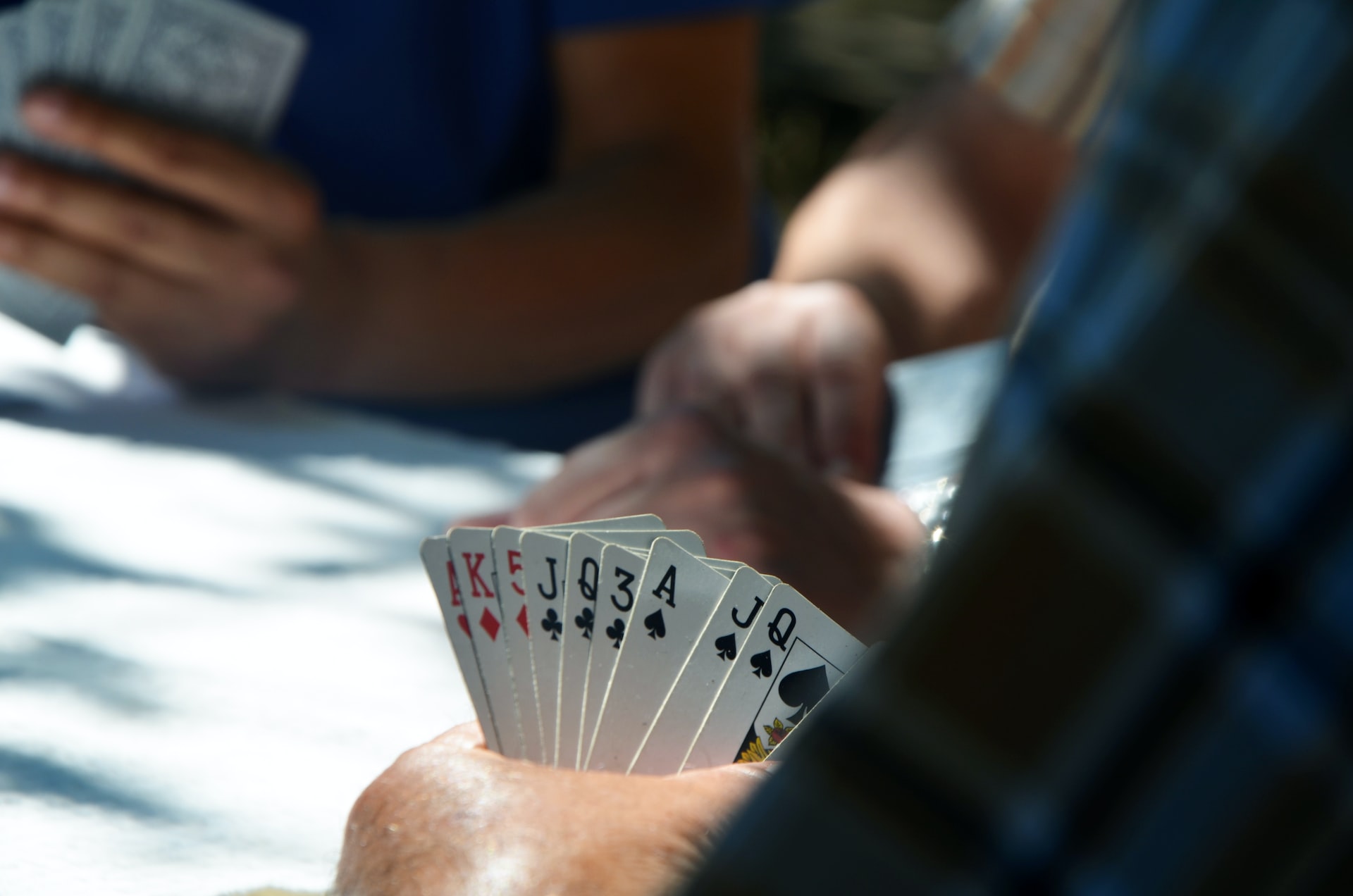 Imagine a beautiful afternoon in the Optima Verdana® game room, with sunlight flooding the space and the scent of hot coffee and fresh cookies wafting. Sounds like a perfect setting for a rousing game of Euchre.

If you’re not a fan yet, euchre is the faster and wilder cousin of bridge. Both are four-person games with two players on each team that involve bidding, trumping and taking tricks.. As we’ve shared previously, bridge is methodical, complex and mathematically precise. It is often played in near silence, since players need to focus their energies on accounting for all 52 cards in the deck. In contrast, euchre only uses 24 cards, making the game simpler and easier to play, and leaves lots of opportunity for levity. Of the 24 cards — the nines, tens, jacks, queens, kings and aces — only 20 are played each hand, since four cards remain face-down in the “kitty,” increasing the role that chance plays in the game.

Euchre has been played in North America since the early 19th century, and was widely regarded as our national card game. Most researchers agree that it originated in Alsace as “Juckerspiel” and was brought to the New World by German-speaking immigrants. It’s also fascinating that game manufacturers in the U.S. added the first “Joker” to decks of playing cards as a glorified Jack. Once you dig into the game, all of this will make perfect sense!

As with many analog in-person pastimes, Euchre waned in popularity as mobility and technology offered myriad alternatives for recreation and entertainment. In recent years, however, the trend has started to reverse — in large measure as a response to Covid’s forced isolation. Today, people of all ages are forming weekly Euchre clubs and regular meetups, and once again the game is drawing people together for challenge, camaraderie and relaxation. At Optima Verdana, residents have the luxury of engaging with neighbors in private game rooms, book and cooking clubs, yoga classes and other neighborhood volunteer opportunities!

So while you wait for the card tables to be set up at Optima Verdana®, start learning the rules! 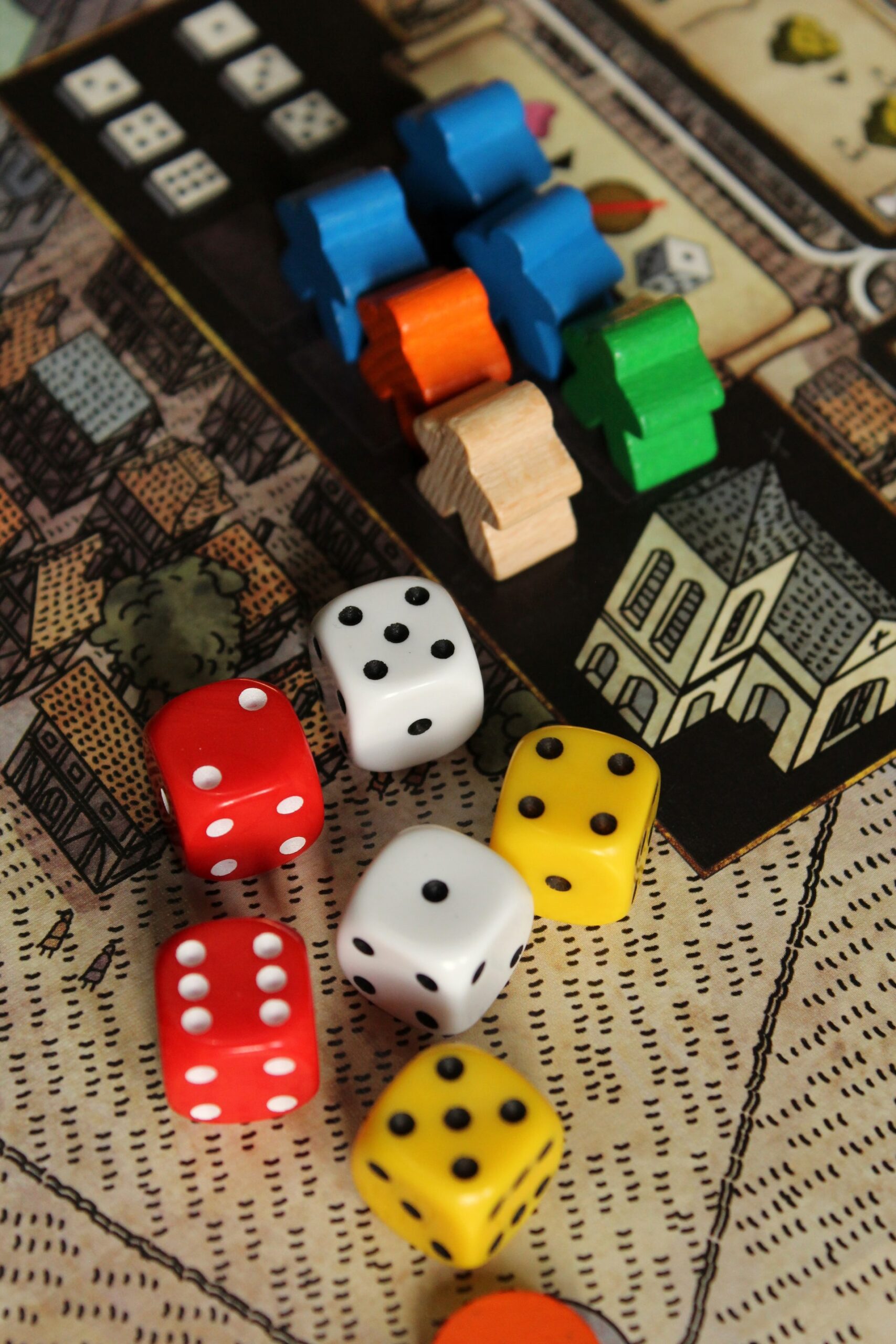 As we continue to anticipate great times ahead once the Optima Verdana® card room opens — when we will spend many an evening with friends huddled over a backgammon or Scrabble board — we can, in the meantime, feed our curiosity about the history of board games. It’s fascinating!

While much has been written about board games by scholars and laypeople alike, one of the best sources around is It’s All a Game:The History of Board Games from Monopoly to Settlers of Catan. Written by Tristan Donovan and published by St. Martin’s Press in 2017, this smart, engaging book by a renowned games expert helps us understand how board games continue to captivate our attention and to bring us back to the proverbial table, in spite of the allure of myriad technology toys and the scourge of decreasing attention spans.

Throughout the book, Donovan explores the roots of board games’ consistent popularity. Analyzing the influence of social, political, and economic influences on board game designers and manufacturers, Donovan maps the evolution of our modern-day relationship with board games across time, geographies, and cultures. He also examines the impact this leisure activity has had on popular psychology.

Donovan writes expansively on the history and evolution of ancient games and their current-day counterparts. He traces the Indian and Persian influences on chess and explains how the rules and game pieces evolved to reflect first Muslim and then European societies. He also examines how games like Monopoly developed as games that required both strategy and luck, paying special attention to how the original versions of these games reflected the times in which they were born, and how they changed over time.

Donovan’s survey of gaming history is full of amusing anecdotes and eccentric characters, including a discussion of Marvin Glass, an eccentric and paranoid toy inventor from Chicago, whose infusion of plastics into board games like Operation and Mouse Trap brought the board game and toy industries together.

If you’re a trivia buff, you’ll also love It’s All a Game, since Donovan spares no detail about board games and their histories. And if nothing else, it will help you build a huge arsenal of interesting tidbits and stories to share when you find yourself gathering and gaming at Optima Verdana®!