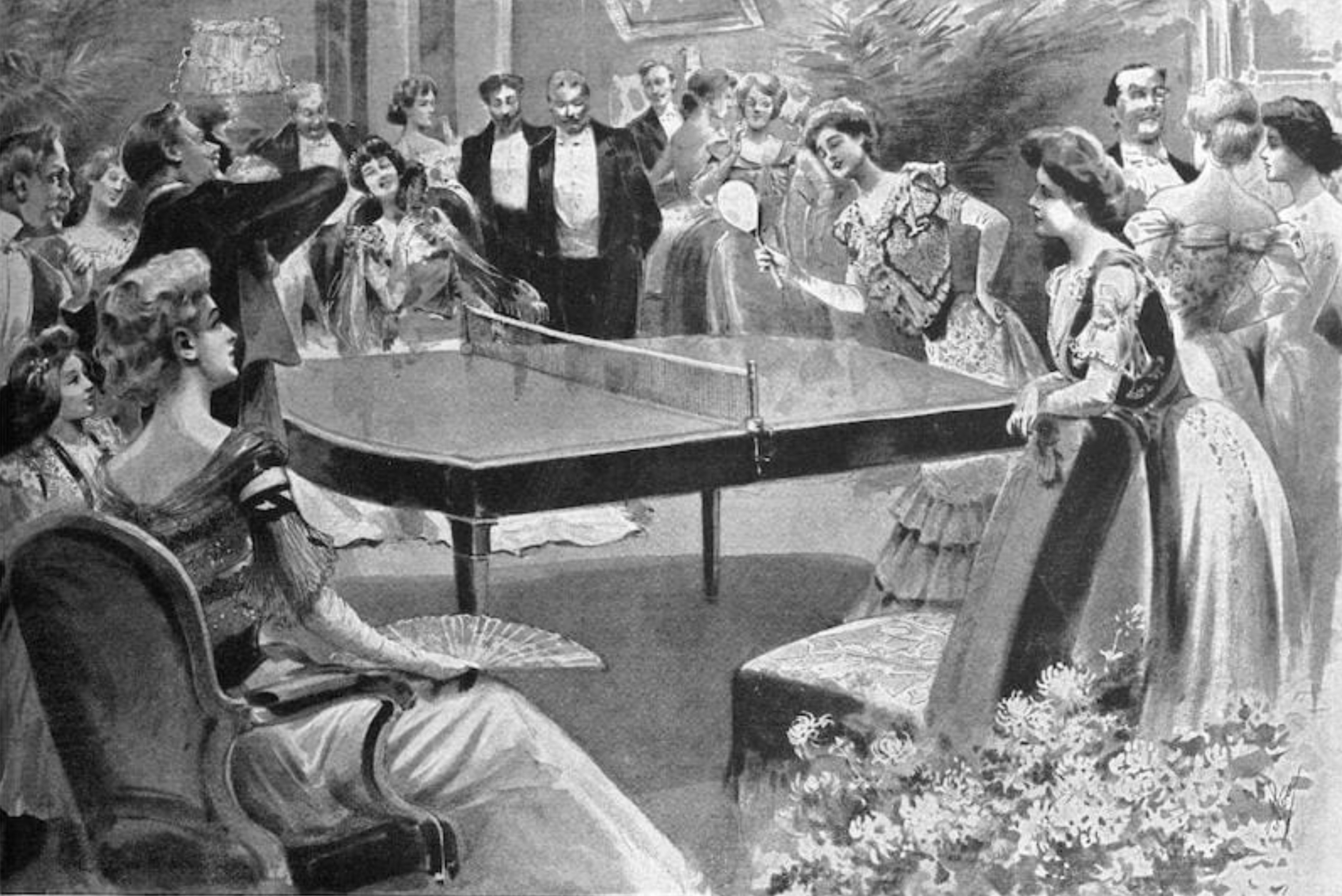 If you’re unsure how to spend an open afternoon or a few hours of free time, look no further than an Optima® community! Ping-pong is just one of the many entertaining activities included in each of our multi-family developments. And while you might remember playing the lively game as a kid, what you might not know is its rich history. Today, we’re exploring the ever-evolving story of ping-pong.

The popular pastime of ping-pong that we know today arose in England in the late 19th century. At the time, it was more widely known as table tennis. The fast-paced game originated in Victorian England as an adaptation of the popular lawn tennis game to transfer the activity inside for the cold winter. And unlike the simple ball and paddle used today, participants in the game’s early years would get creative with their equipment, regularly using champagne corks as the ball, cigar boxes as the paddle and books as the net.

However, it wasn’t until 1890 that the pastime enjoyed by the wealthy class of England attracted a greater appeal when David Foster patented the first table tennis-style game. It quickly became a favorite across Europe, and Hungary held the first national championship in 1897. During this time, the game became termed ‘ping-pong’, originating from the onomatopoeic sound of the bat striking the ball and the ball hitting the table.

While the sport slowed down in the early 20th century due to a lack of governance, it experienced a revival in the 1920s following the founding of the International Federation of Table Tennis and its first-ever world championships. After the game equipment transitioned from a hard bat to a sponge bat in the mid-20th century, elite players from Japan and China helped to revive interest in the sport once again. Concurrently, ping-pong diplomacy advanced, contributing to enhanced relationships with Eastern and Western nations.

While many don’t know the rich history behind the sport today, ping-pong’s dominant presence across the world remains. Seoul, South Korea, was the city to first introduce ping-pong to the Olympics in 1988, and following that, the activity gradually turned professional in the 1990s. Today, it remains the most practiced sport in China and an integral part of the country’s culture.

Ping-pong’s attraction is rooted in more than its entertainment value, as it’s known to boost the health of both the body and the mind. Everything from the speed to the ball placement is crucial in the game, which is why routine players are highly skilled in creative and critical thinking. The fast back and forths and short distance nature of the sport also help with improved flexibility, hand-eye coordination and balance over time.

Constantly bringing together people from different walks of life, the game of ping-pong embodies our commitment to connection and wellness within each of our communities.