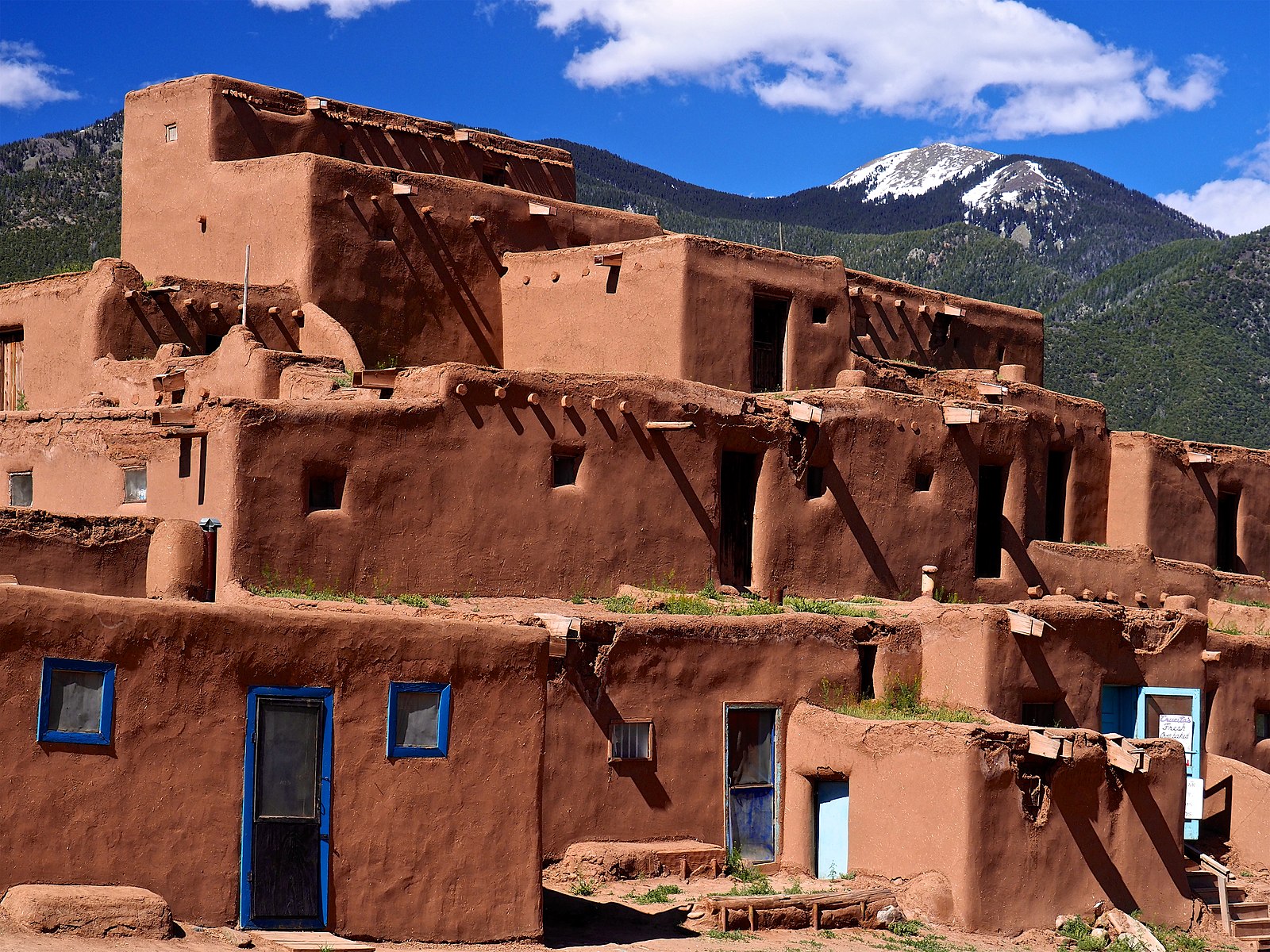 When Optima expanded to Arizona in 2000, with the new territory came a vast and storied architectural culture and history. While the Southwest is home to many distinguished styles, perhaps none is as unique as pueblo architecture. Our Modernist design is in stark contrast with the Pueblo style, yet we still honor the history and modern-day impact of pueblo architecture.

Pueblo architecture comes from the traditional dwellings of the Puebloans, or Pueblo peoples, a southwestern Native American tribe. In Spanish, pueblo translates to “village,” referring to the Puebloans’ iconic style of building. Puebloans first began building pueblo structures between 750-900 CE, but were inspired by the Ancestral Puebloan cliff dwellings dating as far back as AD 1150.

Pueblo architecture is most commonly constructed from adobe, though stone was used when available. Building structures are flat-roofed, with the roof supported by wooden beams, vigas, and small perpendicular beams, latillas. Vigas typically protrude beyond the building structure. In larger communities, many pueblo homes are stacked in multistory terraces with setbacks. These communities also often include kivas, partially underground circular ceremonial rooms, as well as courtyards or plazas.

When Spanish colonists arrived to the southwest in the 1500s, they adopted Pueblo architecture for their own buildings, such as haciendas and mission churches. From the colonists, Puebloans began incorporating more manufactured techniques, such as sun-baking adobe bricks, and more manufactured materials.

Pueblo architecture continues to permeate the voice and character of southwest design. Although our own Modernist style is vastly different, Pueblo influences still informed many design choices. Optima Camelview Village honors the tradition of terraced dwellings in its stepped, landscaped facade and centralized courtyard. The desert dwellings of Optima contain traits of the traditional Publeoan dwellings, too. At Sterling Ridge, the cantilever roof pays homage to vigas, while the site-sensitive, multilevel design of the structure allows the home to blend into the landscape.

But despite the notable influences, it is Optima’s departure from the dominant southwestern architectural style that attracts people to our work — employees and residents alike.