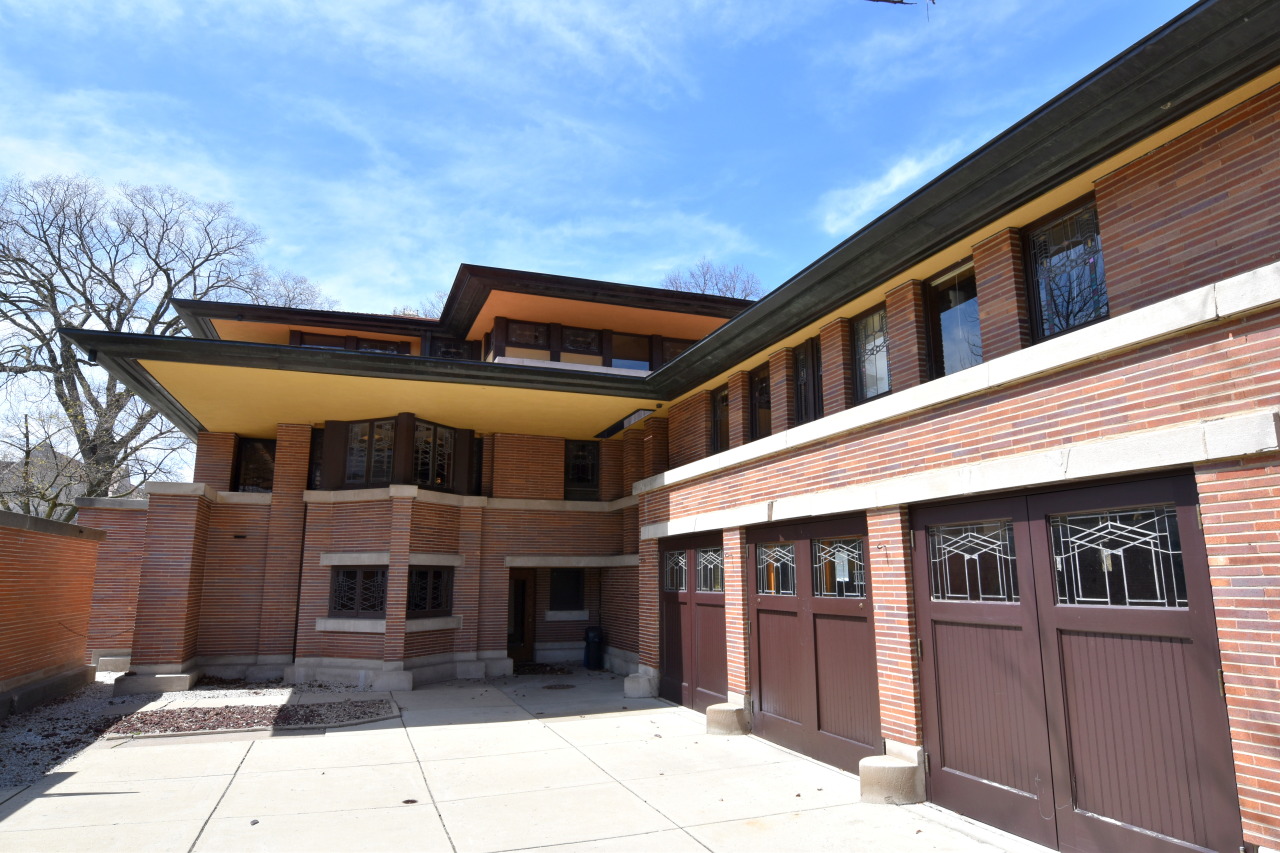 For those tireless fans of Frank Lloyd Wright — unarguably one of the greatest architects of the 20th century — we are delighted to shine a light on one of his innovations that rarely attracts attention. It’s the attached garage.

In a brilliant process of cultural sleuthing, conceptual artist Olivia Erlanger and architect Luis Ortega Govela embarked on a project that culminated in the 2018 publication of Garage by MIT Press. With elegance, wit and panache, the authors tell this tale of Robie House, completed in 1910:

“In the quiet darkness of South Woodlawn Avenue, Frank Lloyd Wright molded and adapted the American home for the automobile. The small rectangular windows of Wright’s Robie House cast rectilinear shadows across the sidewalk. In the moonlight, the red hydrangeas lining the second-floor balcony appeared black, to be identified only by their smell. With no “front” or “back,” the building looms, imperious and totemic. To the pedestrian it looks like a Japanese woodblock puzzle: the riddle of how to enter, or exit, persists until one encounters an oversized gate leading to a three-car garage. The Robie House is known by many as the cornerstone of modernism, but its status as the first home with an attached garage seems to have been forgotten. The garage struck architectural academics as so banal that it became nothing more than a footnote in Wright’s illustrious history.

The garage was invented to domesticate the car. At the end of the nineteenth century, the car made its entrance into the stage of history to replace the horse. Initially it was a temperamental machine, and people were reluctant to incorporate it into their daily lives. The machine had yet to develop the technology necessary to be used regularly, so it was mostly kept in the stable, next to the other animals. Yet at the same time the car needed so much upkeep that mostly they were stored in communal parking lots where the first auto mechanics would constantly be preparing cars for the type of local roads that existed at the time.

If the human entrance to the house was secretive, the one designed for the machine was not. Inside the yard, the garage doors dominate the space. It is here that the garage claims its rightful position on the front of the plot with a direct and easy connection to the street. If we go by Wright’s poetic hand, in 1910 the garage was symbolically integrated into the familial structure. This relationship between home and garage, family and car, would not reappear in architecture until the early 1920s, making the Robie House a premonition of the future.”

For a deeper dive into the history of the garage as a space of creativity (think tech start-ups and musicians), grab a copy of Garage and make time to visit Robie House. Enjoy!