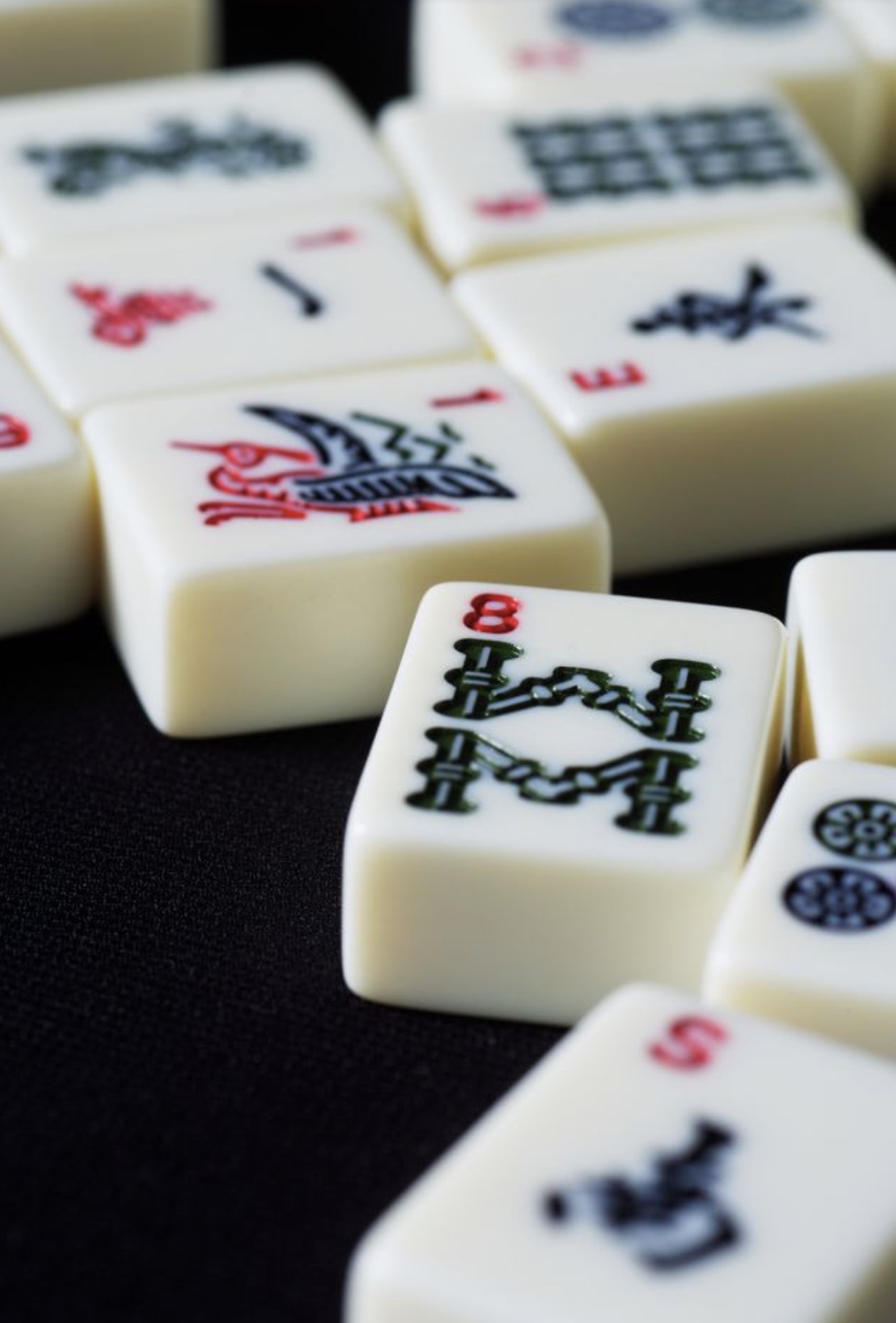 With construction at Optima Verdana well underway, we’re excited about one of the community’s fabulous amenities: the card room. Situated on the rooftop sky deck along with the sundeck, garden lounge, dining area and glass-enclosed pool and spa, the card room is the perfect place for residents to set aside cellphones and other distractions to gather around games that are fun, social and good for our brains. Topping the list of games that will see regular activity in the Optima Verdana card room is Mahjong.

Deep roots, rich history
Mahjong, roughly translated from Mandarin as “the game of sparrows,” a rummy-like game played with 144-tiles, traditionally made out of ivory or bone with a bamboo base. And while it was marketed as an ancient Chinese game, it was actually created in the mid- to late-1800s and brought to the American public in the early 1920s.

One of the forces behind the introduction of mahjong was Joseph Babcock, an employee of Standard Oil. As he began traveling to China for business following the end of WWI, he was taken by the game and founded the Mah-Jongg Sales Company to import mahjong sets to the U.S. The game was first taken up by wealthy white women who could afford the pricey mahjong sets, and had the leisure time to play.

One of the game’s experts, Annelise Heinz, assistant professor of history at the University of Oregon, has written extensively on the assimilation of mahjong into American culture. In her recent book, Mahjong: A Chinese Game and the Making of Modern American Culture, she dives into the game’s history to understand how both Jewish American and Chinese American communities were built around the game during the 20th century.

After falling out of favor until the end of WWII and the migration of American families to the new suburbia, mahjong experienced a renaissance. In a May 2021 piece published in the Wall Street Journal, Heinz writes:

“Young mothers, in particular, forged American mahjong culture during the 1950s and 1960s. At a time of suburbanization and newfound upward mobility for many Jewish families, regular weekly mahjong games helped women to build female-focused networks. Unusually, these groups weren’t focused on volunteerism or children’s education but offered a chance for women simply to have fun together. Mahjong became a cultural touchstone for many who grew up in postwar Jewish American homes, along with the tile racks, coin purses and plates of maraschino-studded pineapple slices that often accompanied the game.”

Heinz refers to mahjong as a “remarkable game that has retained its core interest and beauty across time and distance,” adding that it offers “a rich and compelling topic of historical inquiry.” She explains that while most partner-oriented games create highly competitive scenarios where people are pitted against one another, mahjong has a completely different dynamic requiring players to cooperate and strategize together.

Another of the game’s thoughtful experts is journalist and cultural critic, Jeffrey Yang. In an interview with Wisconsin Public Radio entitled “Picking Up the Pieces of Mahjong,” he chronicles his own love of the game through retelling the story of how he watched the moms in his Filipino family play. He reflects on the remarkable staying power of mahjong as a function of its ability to sustain multiple powerful identities. He says, “What’s unique about mahjong is that it’s not just one thing. It is a Chinese game, no doubt. It always will be. It’s also a Jewish game, an American game, a Filipino game, and so much more. Over a hundred years, in the hands of different players, it’s a game that has taken on so many different histories. And as long as we’re playing mahjong, that history is still being written.”

The magic of mahjong
The allure of mahjong is sensuous, social and intellectual. The feel and sound of the tiles clicking against one another is part of the physical experience of play. The time required to reset after each game (lasting about 15 minutes) offers players the opportunity to chat. And at the same time, the game has many of the same cognitive benefits as chess and bridge with its strategic complexity and demand for concentration.

With building community at the core of our culture, we look forward to welcoming our Optima Verdana residents to the joys of gaming and gathering!