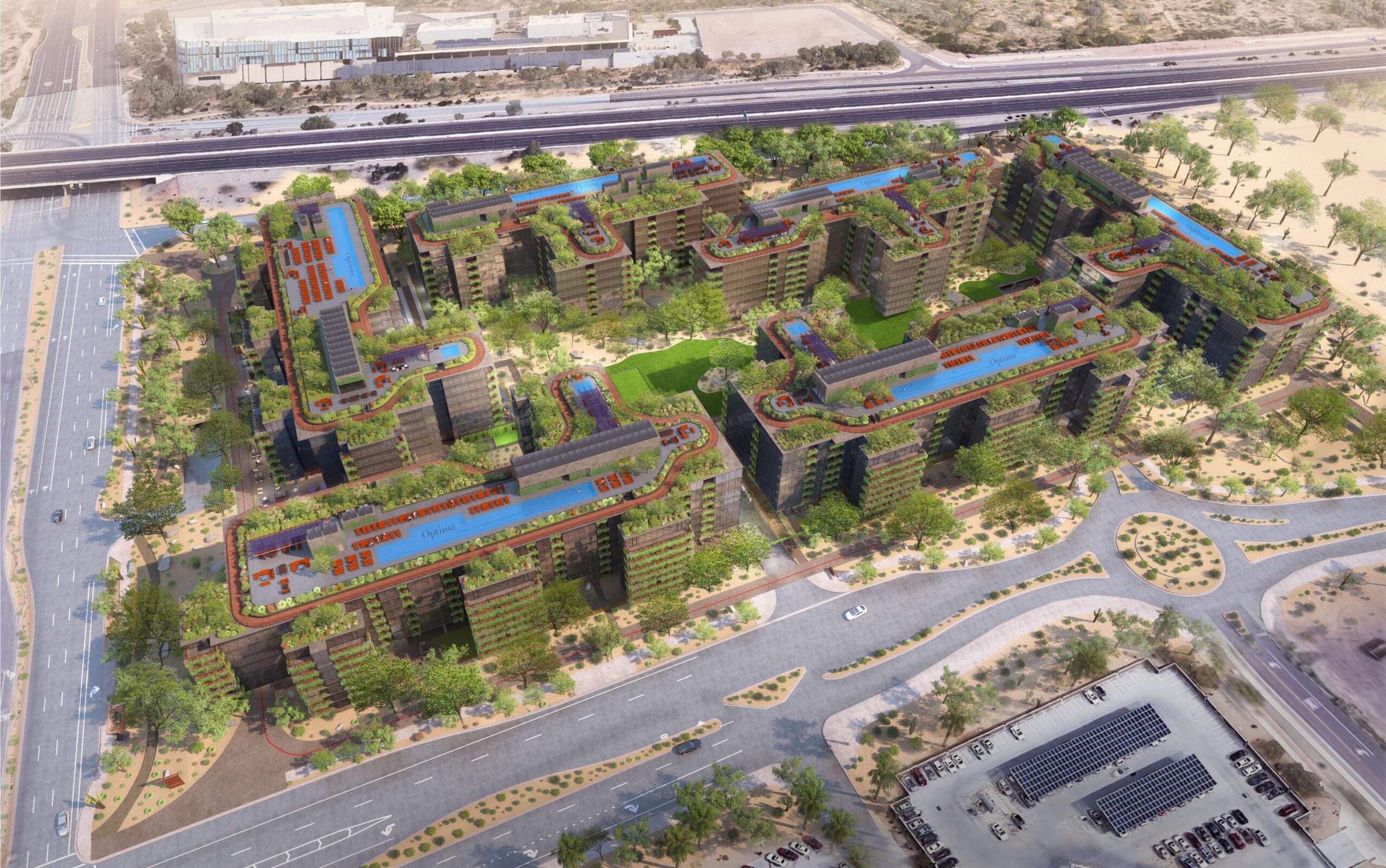 The Scottsdale, Arizona, city council has approved zoning changes and a development agreement for the $1 billion-plus Optima McDowell Mountain Village mixed-use project. Developer Optima said in city council documents that it would start construction as soon as possible.

The project will encompass a total of almost 22 acres and will feature six, eight-story buildings – a mix of apartments and condominiums – around the perimeter of the property. The buildings will have 14-foot-high, glass-enclosed ground-floor levels, rooftop decks and landscaped terraces.

Optima said it will build two of the six buildings as part of the project’s first phase, according to its city council presentation.

Optima said the introduction of more than 1,300 residential units into the Scottsdale area will help ease the housing shortage in the area and help stabilize rents.

The city council approved the project’s density – 61 homes per acre – and a maximum 118-foot height in return for almost $16 million that Optima will pay into the into the Greater Airpark Special Improvement Trust Fund. The mayor and city council decide how to use money from the fund.

The project is located within the confines of the airpark, the area surrounding Scottsdale Airport general aviation facility. Airpark and city plans have identified the section of the airpark where Optima is building as one that it is suited for mixed-use and high-density residential projects.

Optima has also agreed to a special water plan through which the developer will give the city long-term storage credits it has purchased, enough to make the project net neutral for Scottsdale water demand for 10 years.

The project will also include:

Read more on The Construction Broadsheet