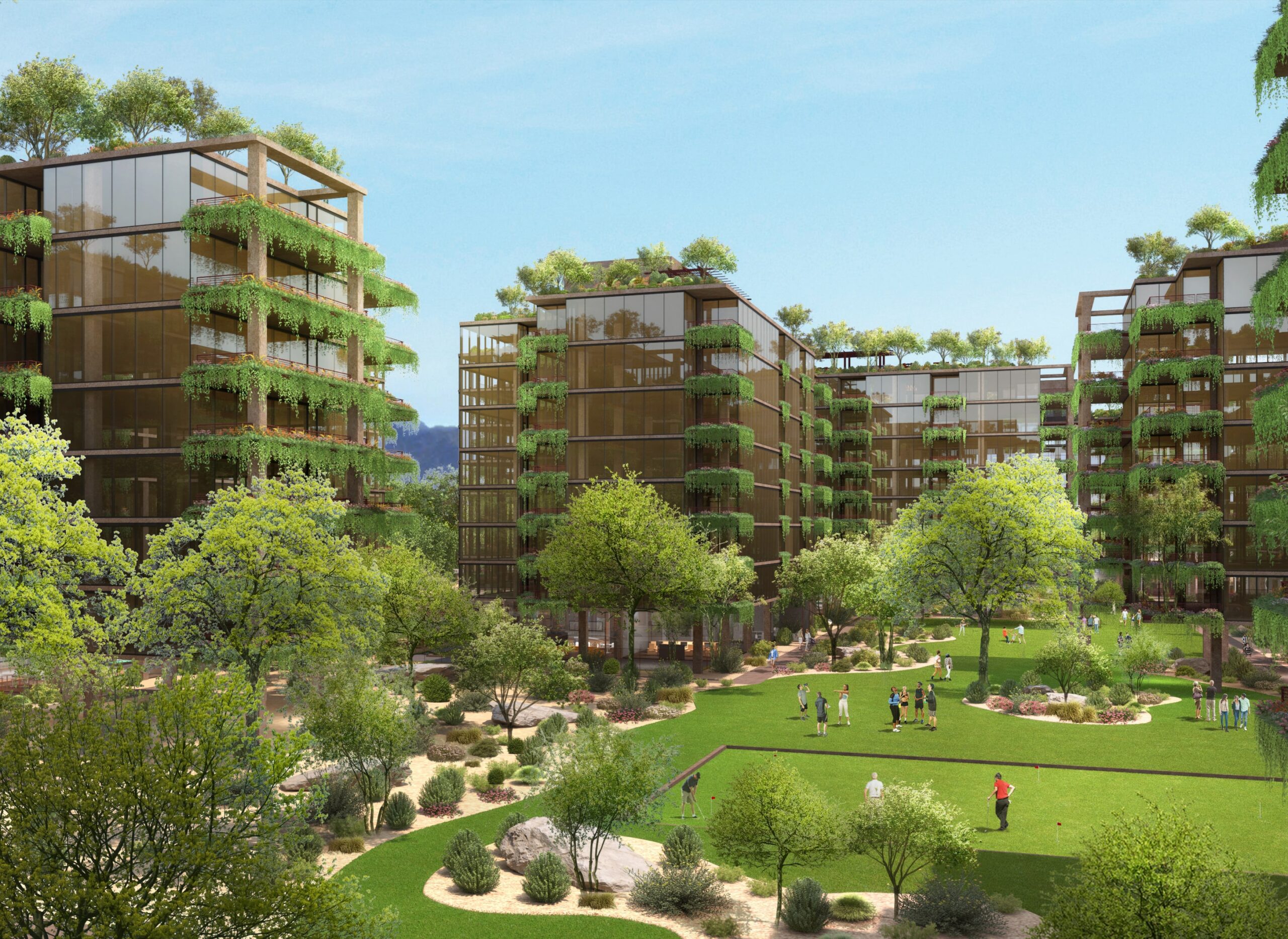 Breaking ground spring/summer 2023, the 22-acre site, located on the southeast corner of Scottsdale Road and the Loop 101 Freeway, Optima McDowell Mountain Village is comprised of six concrete-framed, eight-story buildings that will include 1,330 luxury residences and 36,000 square feet of commercial and retail space, a press release explained.

The development will be a mix of condominiums and apartments.

Optima McDowell Mountain Village will create an environmentally friendly, residential neighborhood in the burgeoning area of north Scottsdale with a state-of-the-art, all-inclusive, health-based, amenity-rich community. Most notably from a sustainability perspective, it will be the largest private rainwater harvesting site in the U.S.

“We are especially excited about the location of Optima McDowell Mountain Village being in north Scottsdale so close to the spectacular McDowell Mountains and the proximity to the Loop 101 Freeway as well as current and future major employers” said David Hovey Jr., Optima’s president and COO, in the release.

“Architecturally this project will be unique with over 75% open space with six buildings surrounding a central sheltered courtyard comprised of a combination of xeriscape, drip irrigation and artificial turf,” Hovey continued. “This will be our most sustainable project to-date and will include the largest private rainwater harvesting system in the United States, as well as the next evolution of our vertical landscaping system and active roof decks.”

The community will be the first project in Arizona to be built under both the new International Energy Conservation Code and International Green Construction Code.

A few highlights of the sustainable features include 75% open space that will be a combination of artificial turf, xeriscape landscaping and native plants; high-performance mechanical systems, solar panels; 100% underground parking to mitigate the heat-island effect, and Optima’s signature vertical landscape system.

The release explained that the vertical landscaping system, with its self-containing irrigation and drainage, enables a palette of vibrantly colored plants at the edge of each floor to grow both up and over the edge of the building.

The integration of enhancements to the vertical landscape and architectural shading systems protects homes from the sun and creates additional privacy, while filtering the air and lowering ambient temperature.