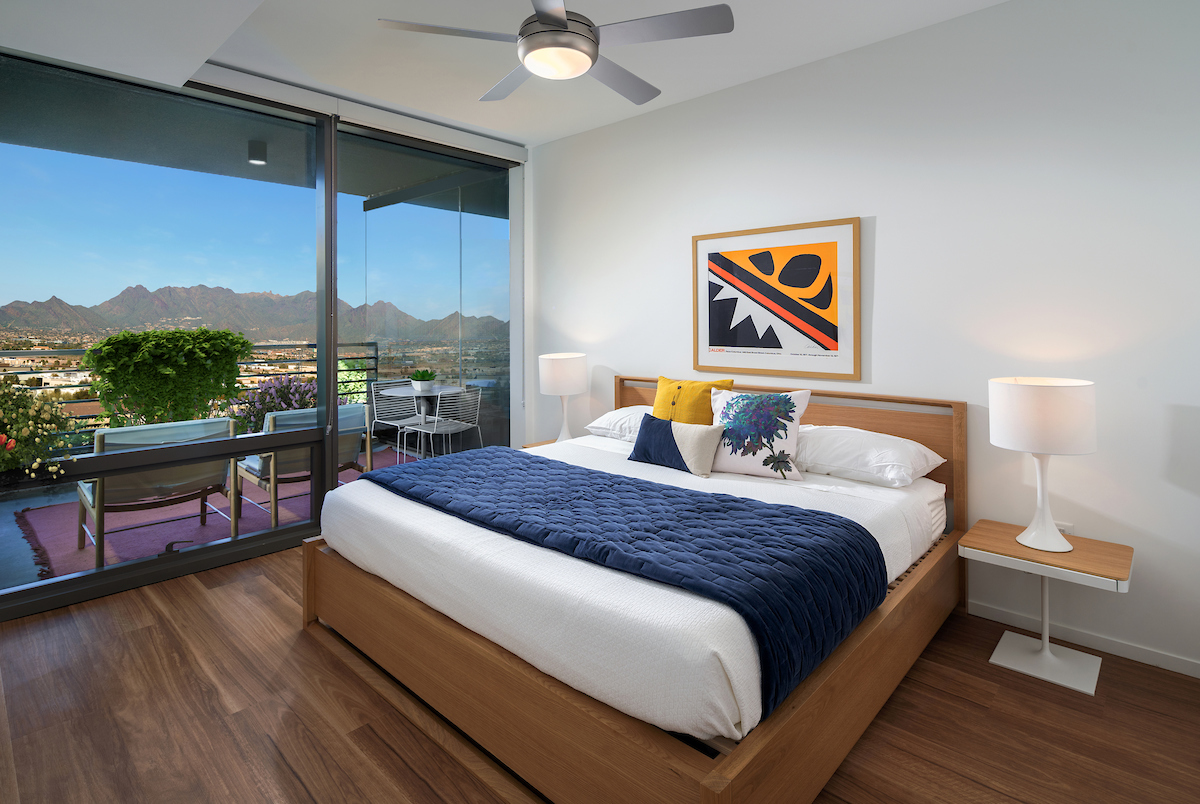 Optima has announced the opening of the luxury apartment tower 7140 Optima Kierland in north Scottsdale, with immediate move-ins available and the leasing gallery and model residences accessible for private tours.

As the second apartment tower located within Optima Kierland Apartments, 7140 Optima Kierland has already achieved 40% leased, which outpaces the rental market by nearly double, according to a press release.

Comprised of 213 one-, two-, three-bedroom and penthouse residences ranging in size from 737 to 2,225 square feet, monthly rents start from $2,220. The first apartment tower, 7160 Optima Kierland, achieved the fastest leasing rate ever in the Valley in its debut in 2017 and has maintained 95 percent occupancy ever since, the press release stated.

“There is a major trend at play with renters looking to downsize from their single-family homes in favor of the luxury and convenience of the Optima lifestyle, many of whom have relocated from out of state or are considering doing so,” said David Hovey Jr., AIA, president and principal architect of Optima.

“With the debut of 7140 Optima Kierland, we’re excited to be able to offer prospective residents a chance to enjoy the community’s unmatched location, services and amenities, and to be able to meet the demand for large, well-appointed apartment homes in the Valley.”

The leasing gallery is open for in-person or virtual tours. Optima is taking necessary precautions to ensure proper health and safety standards are being maintained in the building’s common areas and models.