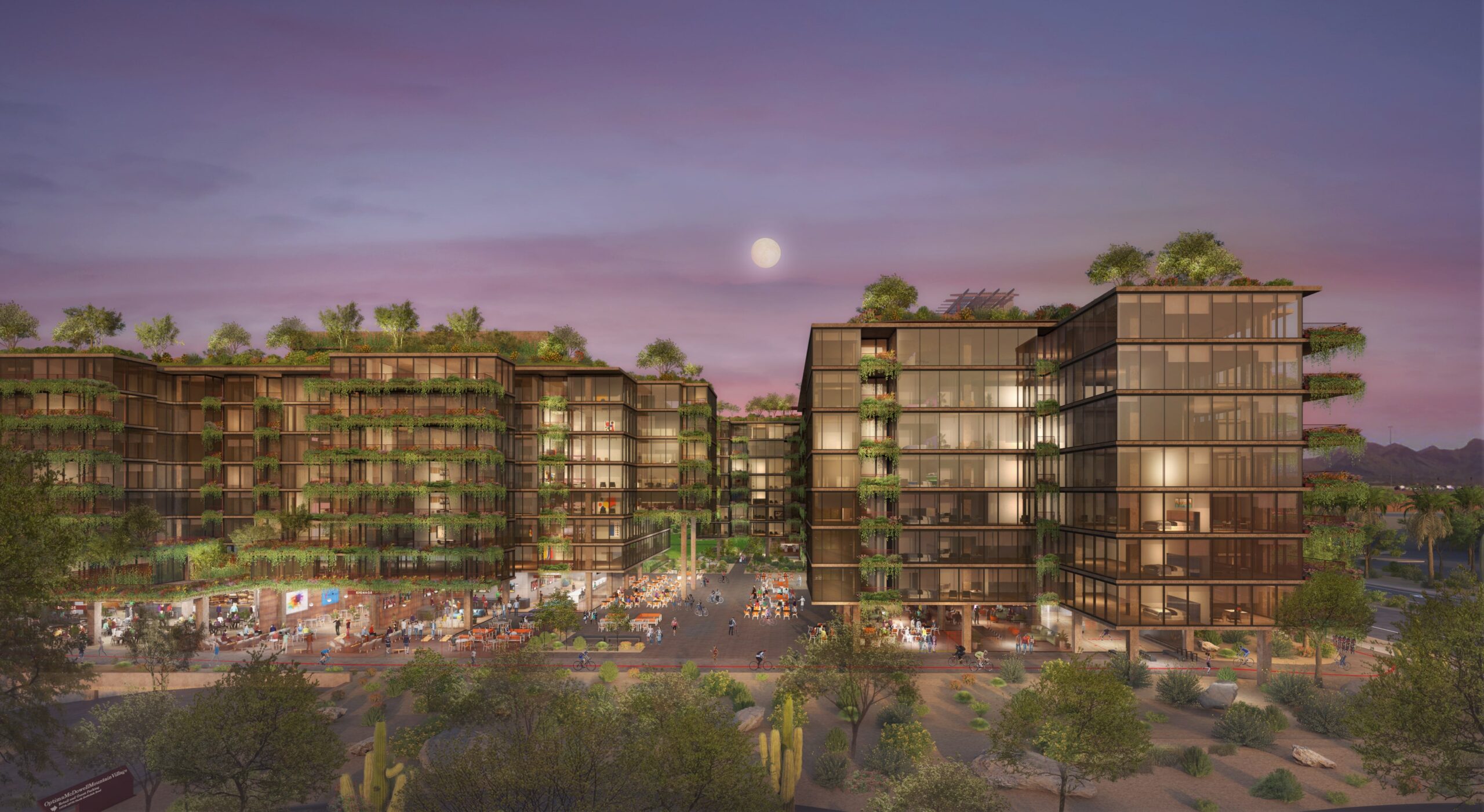 PHOENIX — A mixed-use project that could represent a capital investment of $1 billion in north Scottsdale received its thumbs up.

Scottsdale-based Optima Inc. received approval from Scottsdale City Council this week on a development agreement and rezoning for Optima McDowell Mountain Village. The deal was approved Monday on a 4-3 vote. Optima will build six, eight-story buildings that are each 118 feet tall. Four of those buildings will be apartments and the other two are condominiums. Those buildings will include 1,330 units plus 36,000 square feet of commercial space and other amenities throughout the development.

Optima will build studios, one-bedroom, two-bedroom and three-bedroom units that range in square feet from 775 to 2,025 square feet. Each of the six buildings will have a rooftop pool.