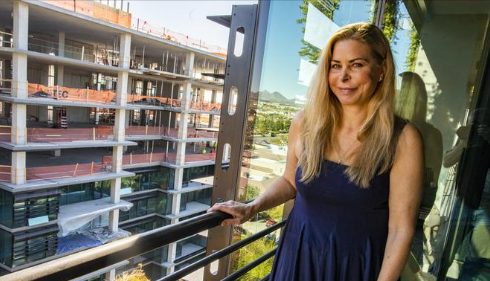 So when the retired real estate developer found out Optima was building one of its luxury high-rise towers near Kierland Common on the Phoenix/Scottsdale border, she wanted to see it for herself.  Now she is giving the Phoenix Business Journal a tour of her 11th floor luxury condo at 7120 Optima Kierland. Stegall chose the complex after being attracted to its large reflective, mirrored windows and lush greenery. Take a video tour and see a photo gallery of the property.