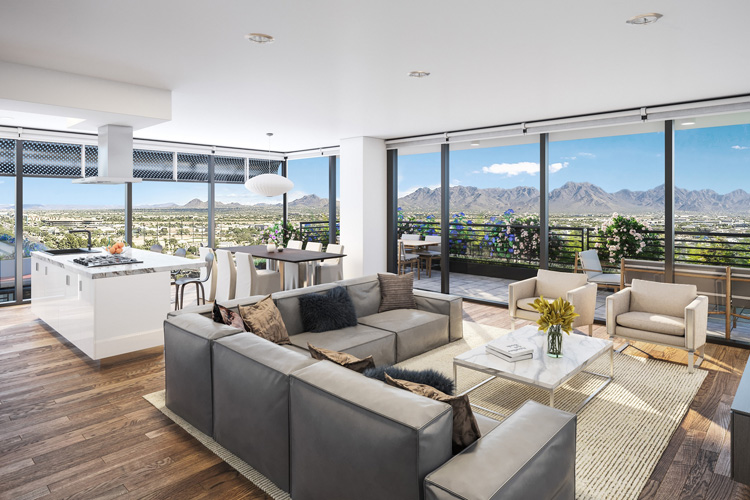 Award-winning real estate development firm, Optima, announced today it has surpassed the 300th sale milestone at Optima Kierland Center in Scottsdale and leads the market for sales velocity by nearly 14 times the Phoenix-metro average when compared to other new condominium developments across the Valley.

According to a July 2019 market study by Polaris Pacific, the West Coast leader in multi-family real estate sales and marketing, new condominium developments in Phoenix-metro averaged 1.3 sales per month since January 2019. Since sales began at 7180 Optima Kierland in January 2019, there have been 90 homes sold at the rate of 13 per month.

“The Valley’s housing market during the summer months is typically very stagnant, however we have been fortunate enough to have buyers, both locally and nationally, maintain strong interest in 7180 Optima Kierland,” said Optima President and Principal Architect David Hovey, Jr., AIA. “The three major draws for buyers have been the upscale amenities that surpass any other residential offering in the state; proximity just across Kierland Boulevard to world-class shopping, dining and entertainment; and the high level of customization that buyers can take advantage of.”

Read the full feature on Orion