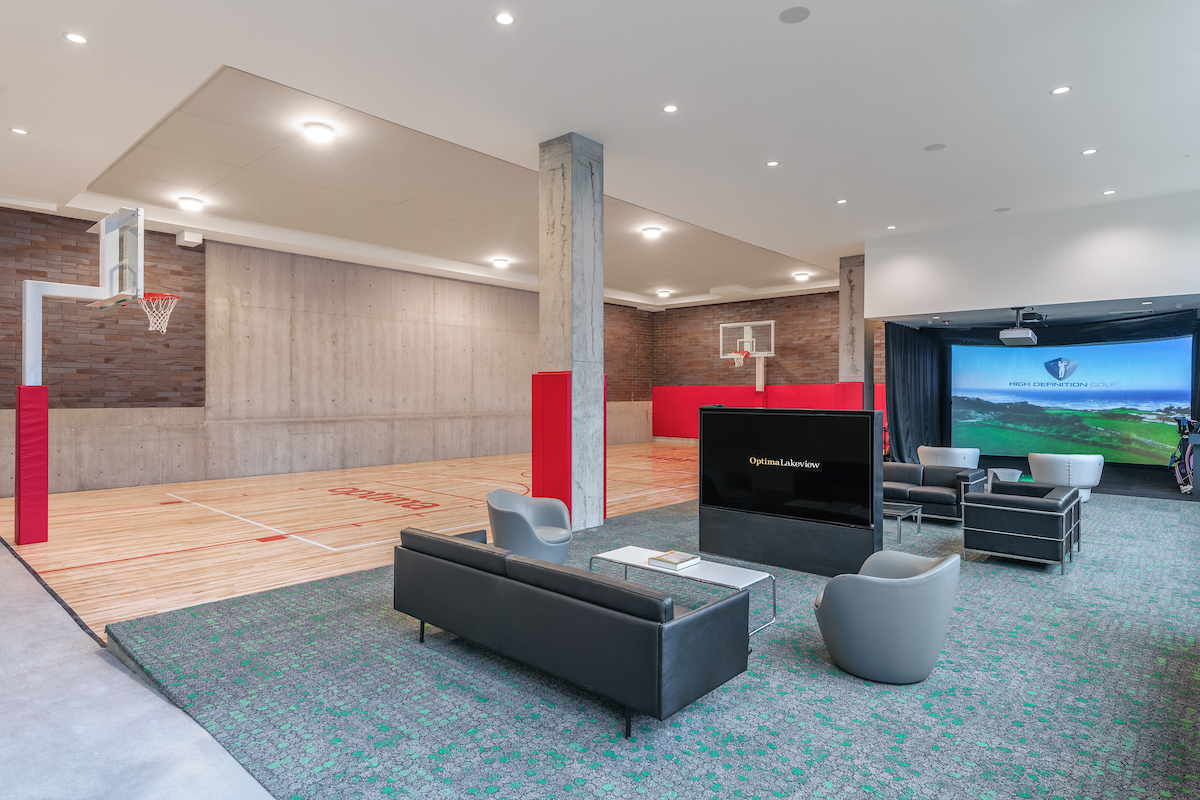 Optima Lakeview, 3478 N. Broadway, is a 198-unit apartment building designed by David Hovey Sr., Optima CEO and founder. The building opened in April and is 35 percent leased while construction on its top floors remains underway.

“We’re excited to bring to market Optima Lakeview, a development as vibrant and dynamic as the surrounding Lakeview neighborhood for which it’s named,” said David Hovey Jr., president, chief operating officer and principal architect for Optima.

The building features a modern exterior with warm-toned materials, including transparent bronze glass and dark brick to complement the neighborhood, Hovey Sr. said.

Inside, the building features an open, seven-story atrium that runs through the core of the building and has hanging landscaping that will drape into the atrium as the plants grow, Hovey Sr. said.

The building offers a mix of one-, two- and three-bedroom apartments with smart-home technology, according to Optima. Many units have private balconies or terraces.

The building also has a rooftop deck with views of Lake Michigan, Wrigley Field and the skyline, according to Optima. The sky deck has fire tables and heaters for colder months.

The 35-by-25-foot rooftop pool is heated and will remain open year-round, according to Optima. The rooftop also has a spa, theater, lounge seating, dozens of grills and kitchen stations, a glass-enclosed party room and other amenities.

The building also has a 2,000-square-foot heated dog park, an indoor basketball and pickleball court, sports lounge and a golf simulator, according to Optima.

The building will cater to people who work from home with two wired conference spaces and a business center, as well as multiple indoor and outdoor seating areas where residents can work, according to Optima.

Optima Lakeview is a transit-oriented development with proximity to multiple bus routes and train lines, according to Optima. The building has 208 bicycle spaces and 94 fully enclosed parking spaces, including six electric vehicle charging stations.

“Lakeview residents who watched the building take shape were among the first to sign a lease, with the majority saying the primary reasons were our architectural design, amenity package that spans 40,000 square feet, resident programming and convenient location,” Hovey Jr. said.