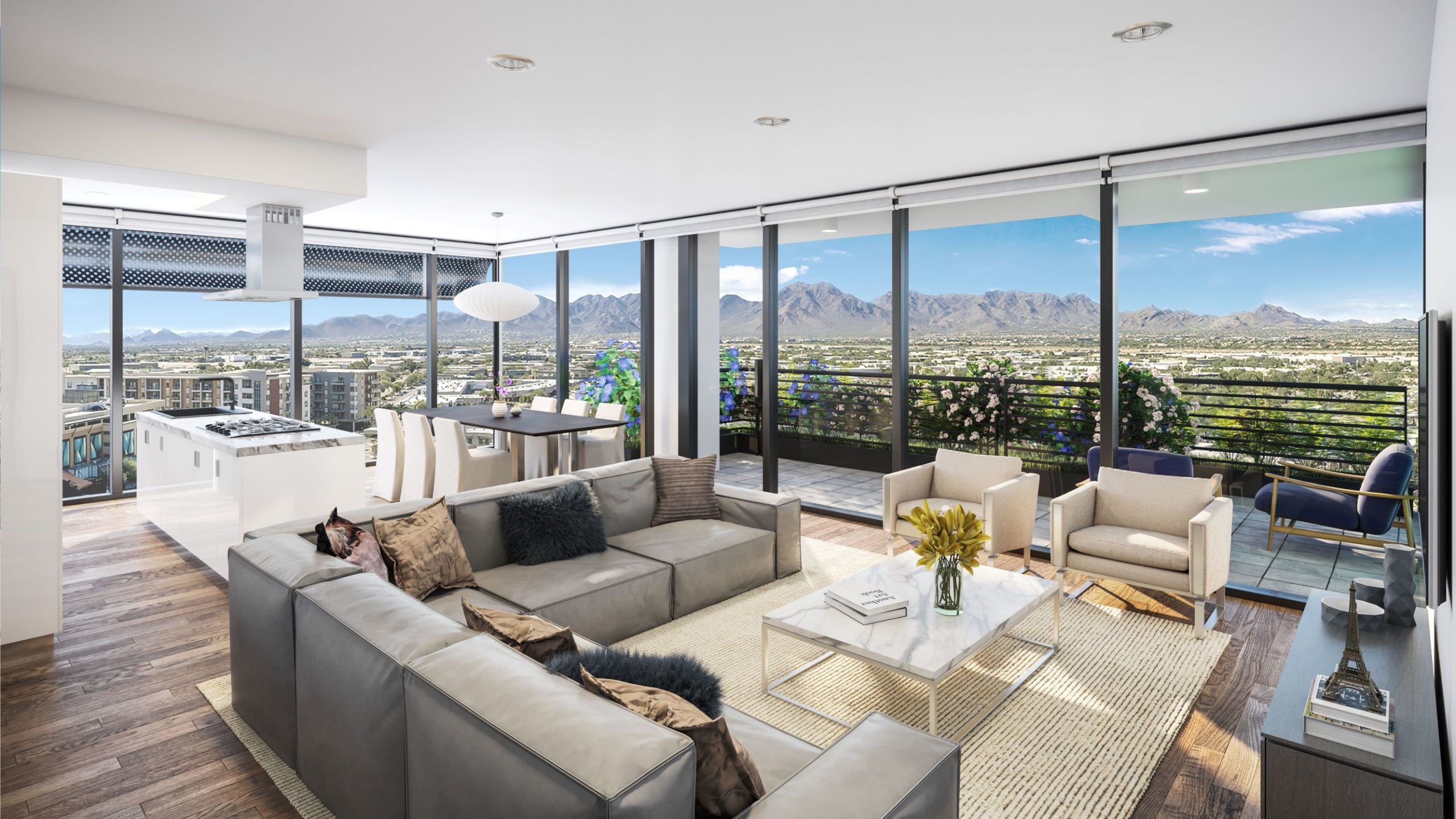 Optima has more than 55 percent sold at 7180 Optima Kierland

Optima continues to outpace the Arizona luxury condominium market in sales velocity by eight times the average as the Scottsdale-based developer has surpassed 55 percent sold at 7180 Optima Kierland.

Nine premium penthouses will debut as an exclusive, highly-curated collection available for sale, according to a press release.

Described as the newest and most elevated high-rise condominium tower at the $500 million Optima Kierland Center, 7180 Optima Kierland has sold 113 homes since sales began in January 2019, the release said of the community noted to lead the Phoenix-metro market for sales velocity compared to other new condominium developments across the Valley.

Amidst the sales success, Optima is launching the McDowell Mountain Collection, which includes a limited selection of luxury penthouses priced from $1.1 million, the release said.