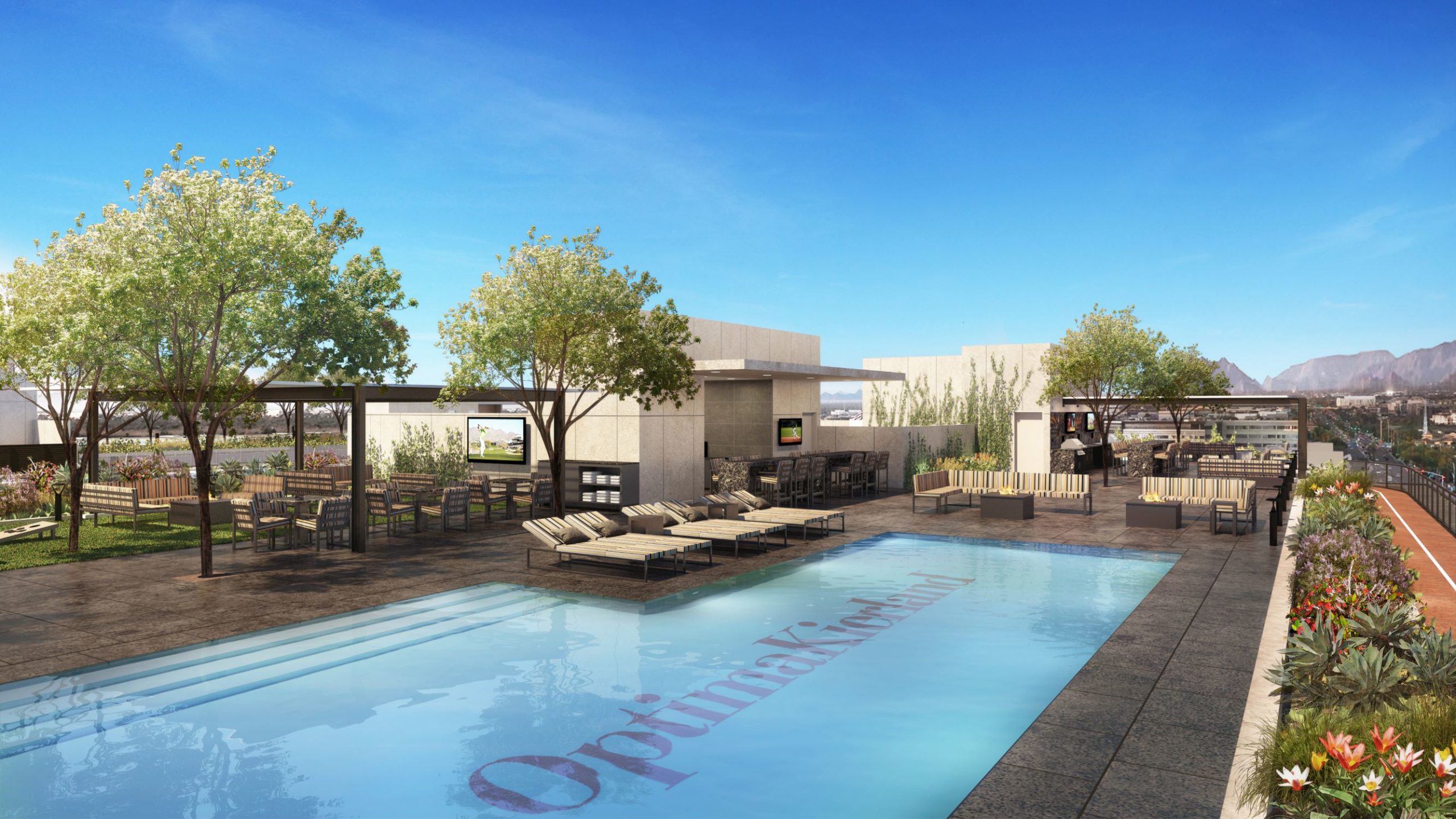 Registration is now open for the VIP Waitlist, which is set to launch in mid-June. Optima will offer both in-person appointments as well as virtual leasing opportunities, allowing prospective residents to secure an apartment in the new tower.

7140 Optima Kierland is the second apartment tower within Optima Kierland Apartments, the rental community at Optima Kierland Center. The development also has two condominium towers. Construction on the 12-story tower is well underway with the building topped off, windows in and power on. First move-ins are slated for August.

The first apartment tower, 7160 Optima Kierland, achieved the fastest leasing rate ever in the Valley with 134 move-ins occurring within its first three months of opening in May of 2017. The community has remained over 95 percent occupied since.

“With the demand we saw at 7160 Optima Kierland, we believe there is a larger market looking for the design and lifestyle we offer at Optima Kierland Center,” said David Hovey Jr., AIA, president and principal architect of Optima. “We look forward to offering the community another chance to live at Optima Kierland, featuring a distinct combination of space, style and design.”