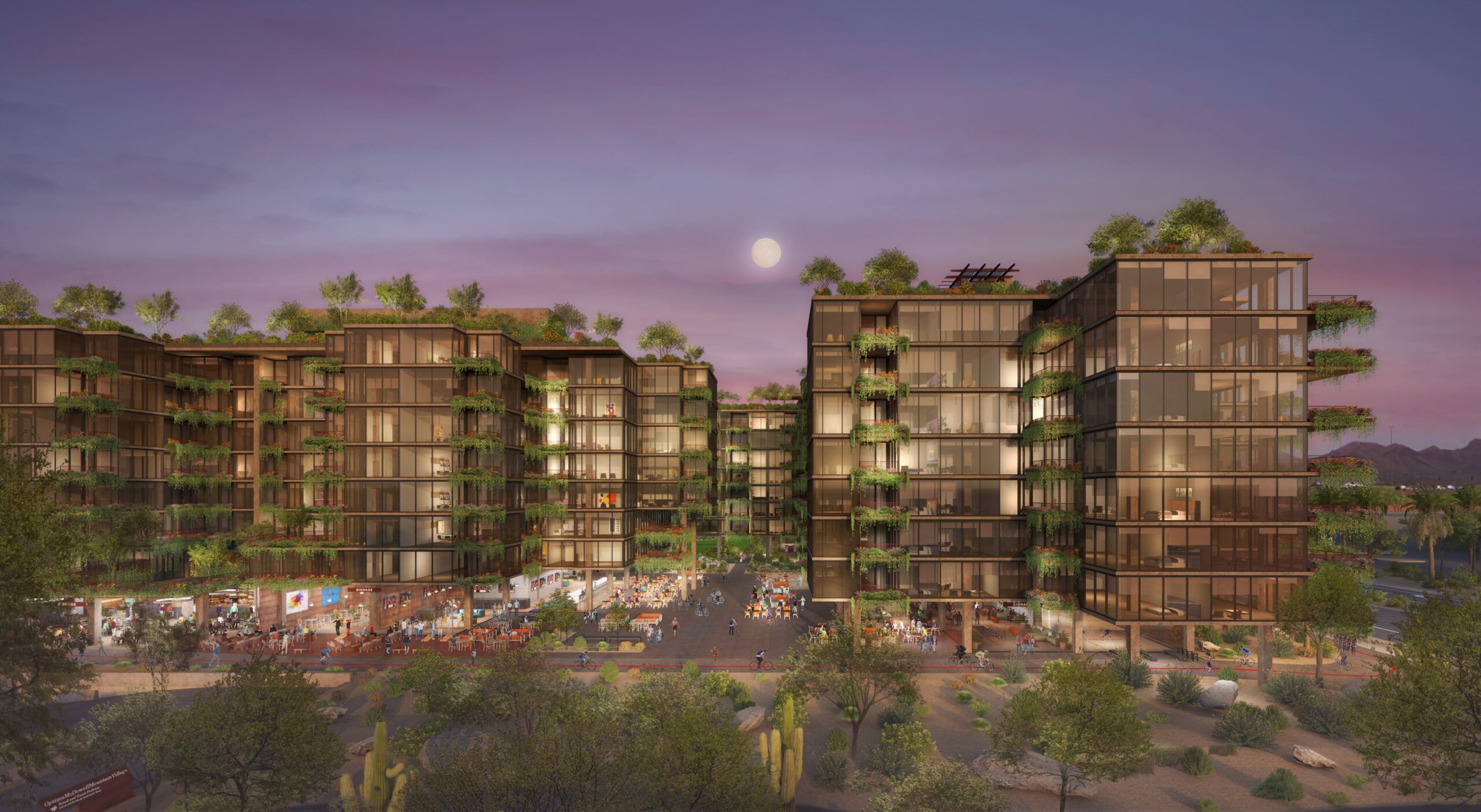 Cushman & Wakefield announced the firm has advised Optima in the acquisition of a 22-acre development site on the southeast corner of Scottsdale Road and the Loop 101 freeway in Scottsdale.

Four of the buildings will be rental apartments and the other two are for-sale condominiums. The unit mix will consist of studios, one-bedroom, two-bedroom and three-bedroom units that range from 775 to 2,025 square feet.

Optima acquired the land from John Lund for $44.75 million. The site was originally proposed for three new car dealerships, the release explained.

The project was recently approved by the city council and is estimated to cost up to $1 billion, the release stated.

“This will be a world-class residential project and will provide needed upscale housing to the many employers in the growing Scottsdale area and surrounding communities. The property is strategically located along the freeway that will also make it very convenient for residents to access any destination,” said Don Arones in the release.

Each of the six buildings will contain its own resort-style amenity offering which will include a rooftop deck with a 50-meter Olympic-length swimming pool, a sauna, a spa and a cold plunge among many other luxury features.

The ground-floor level of each building will be similarly outfitted with spacious, well-appointed lobbies, a fitness center and yoga studio that look out over the landscaped courtyard, a sauna and steam room plus much more.

With views of the majestic McDowell Mountain range as the backdrop, the location is just a five-minute drive to the shopping, dining and entertainment destinations of Scottsdale Quarter and Kierland Commons.

Being adjacent to the Loop 101 Freeway and just two minutes from the SR-51 Highway and ten minutes away from the I-17 Highway will allow residents to be just 15-25 minutes from Downtown Phoenix, Glendale, Old Town Scottsdale, Tempe, Mesa and Phoenix Sky Harbor Airport, the release detailed.

Parking at McDowell Mountain Village will be 100% underground, and Optima will also be developing a new roundabout on Mayo Boulevard.