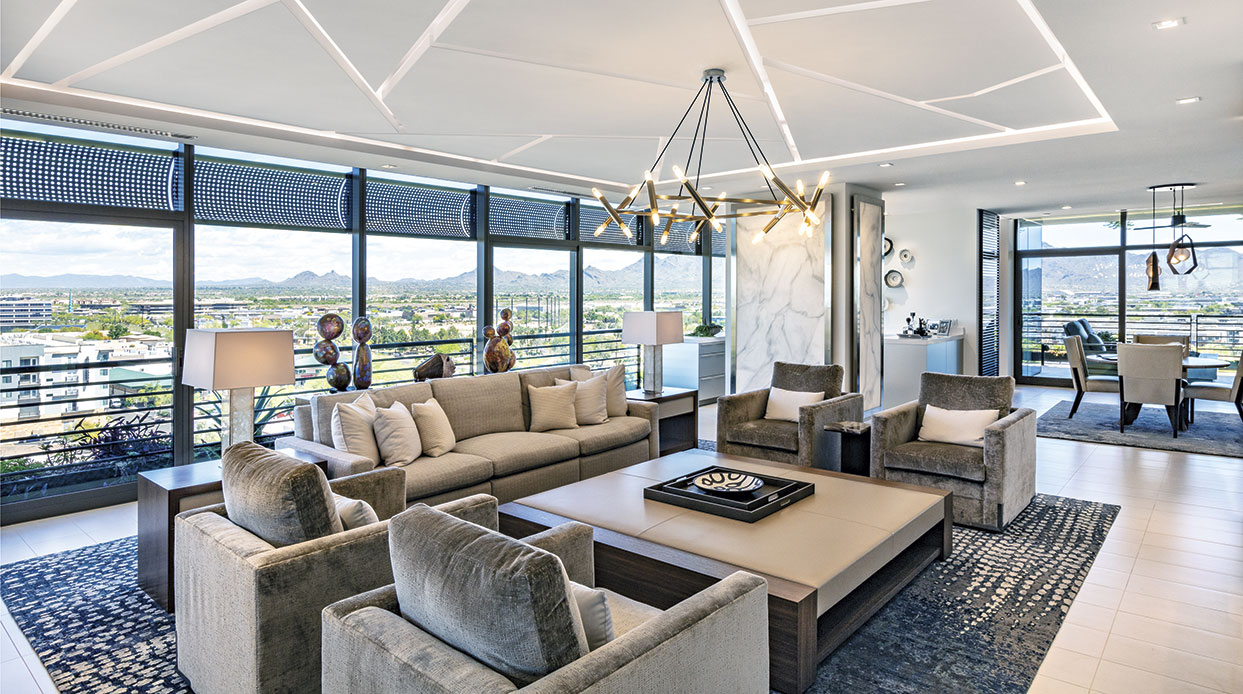 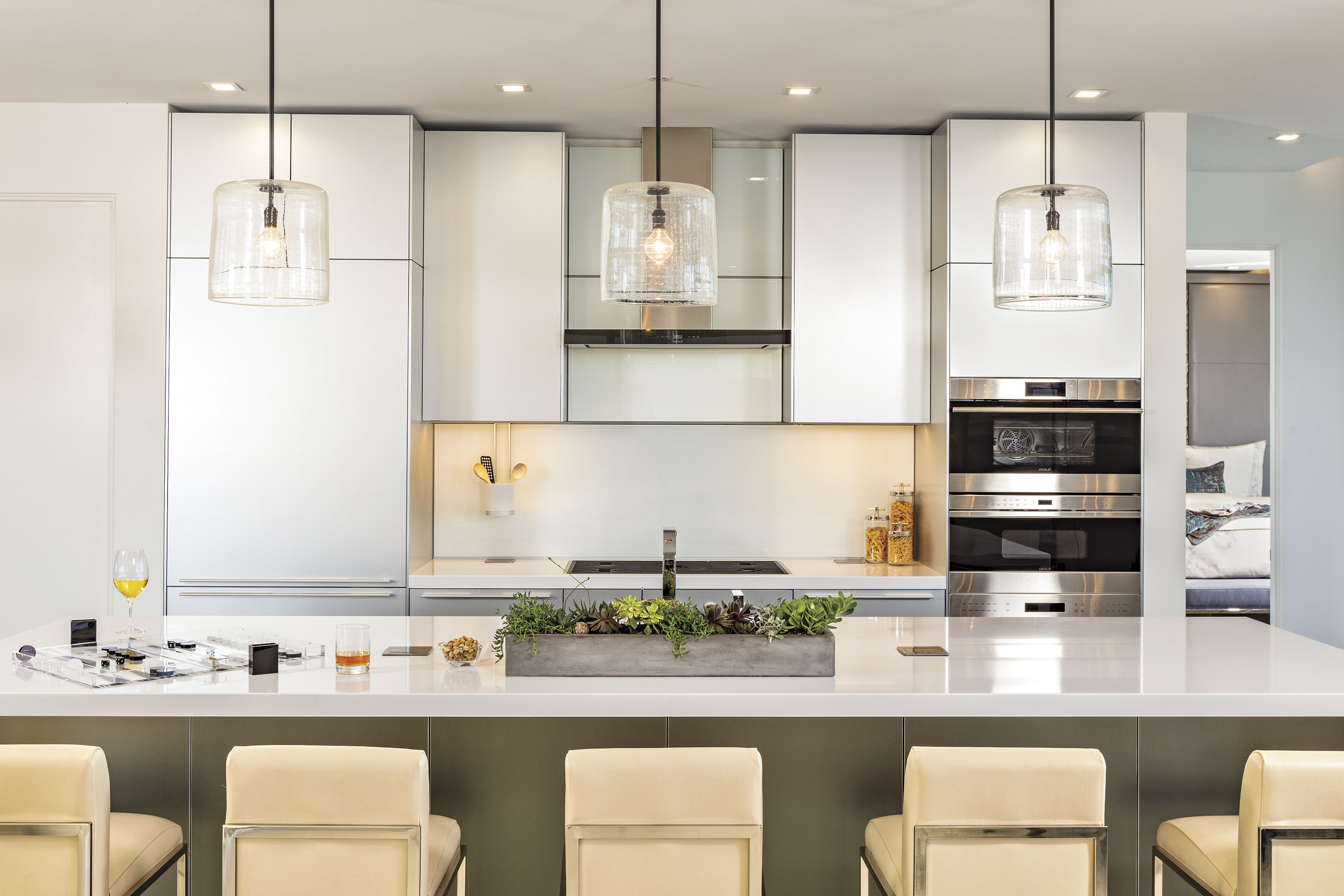 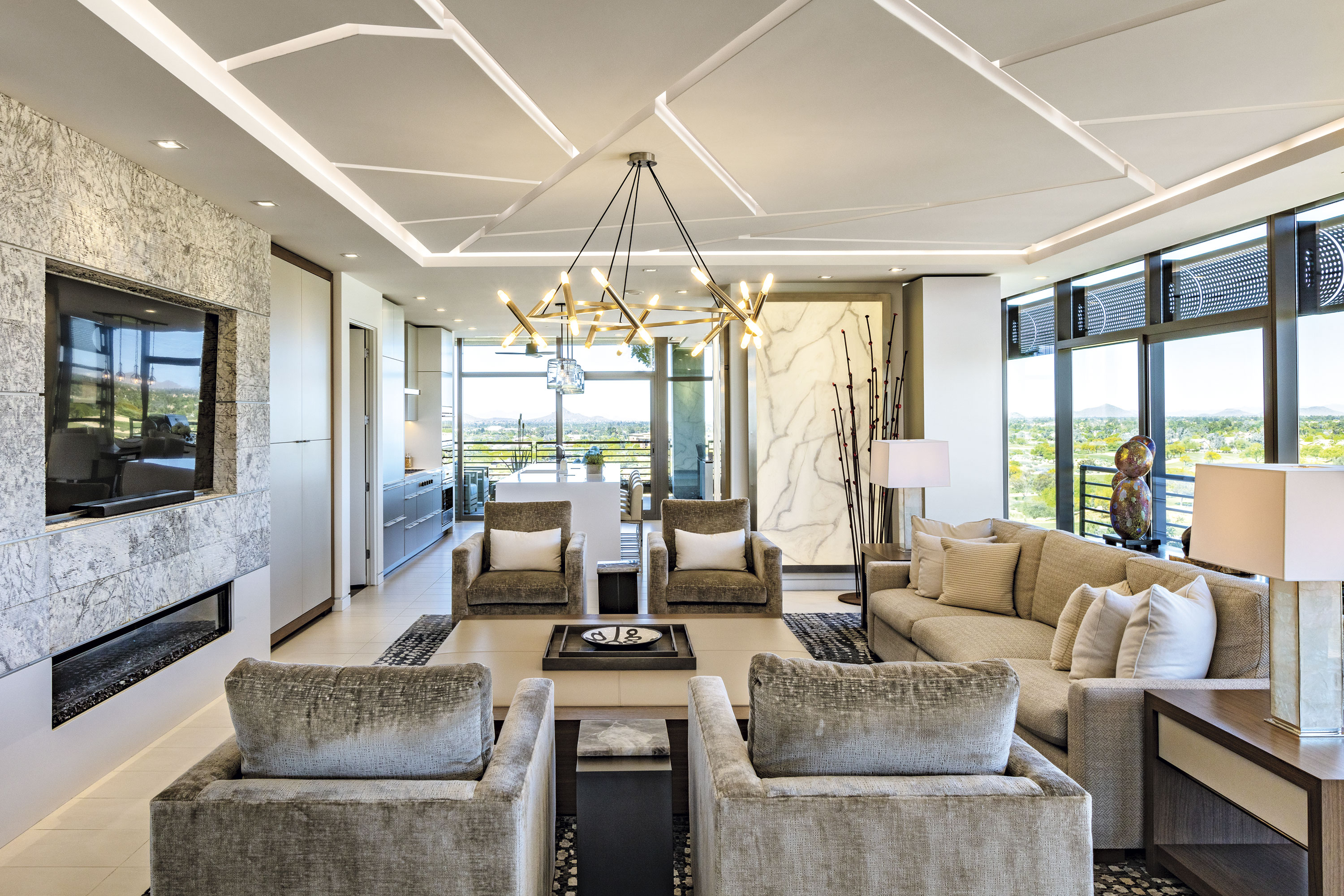 Moving On Up: A Scottsdale couple trade in their golf course home for a sky-high luxury condo.

Glass walls framed with abundant greenery. Flowers cascading from balconies, terraces and window boxes. In a city where barbed plants, rocks and sand rule the terrain, the possibility of living in a lush gardenscape with boundless blue-sky views casts a powerful lure. For one retired couple, it was a calling they couldn’t resist.

For 10 years, the husband and wife had resided in a Scottsdale golf community, but having given up the sport, they were seeking a change of venue and lifestyle. They sold their 5,000-square-foot Southwestern-style home with all the furnishings—including kitchenware and linens—and purchased two adjacent condominiums just steps away from upscale dining, entertainment and shopping venues.

Because Optima Kierland Center was still under construction, the two units, totaling about 3,000 square feet with northern, western and eastern exposures, were nothing more than empty shells. While some of the fixtures, such as the high-end kitchen cabinetry, were standard options, the new owners wanted to expand on the basic offerings. They hired interior designers Tony Sutton and Nora Johnson to adapt the space to their own needs and tastes. A rental apartment in the same complex served as a temporary abode, giving them a bird’s eye view of the renovation and allowing them to sample all the included amenities.
Read the full feature on Phoenix Home & Garden
Visit 7180 Optima Kierland for more details.
Back to top