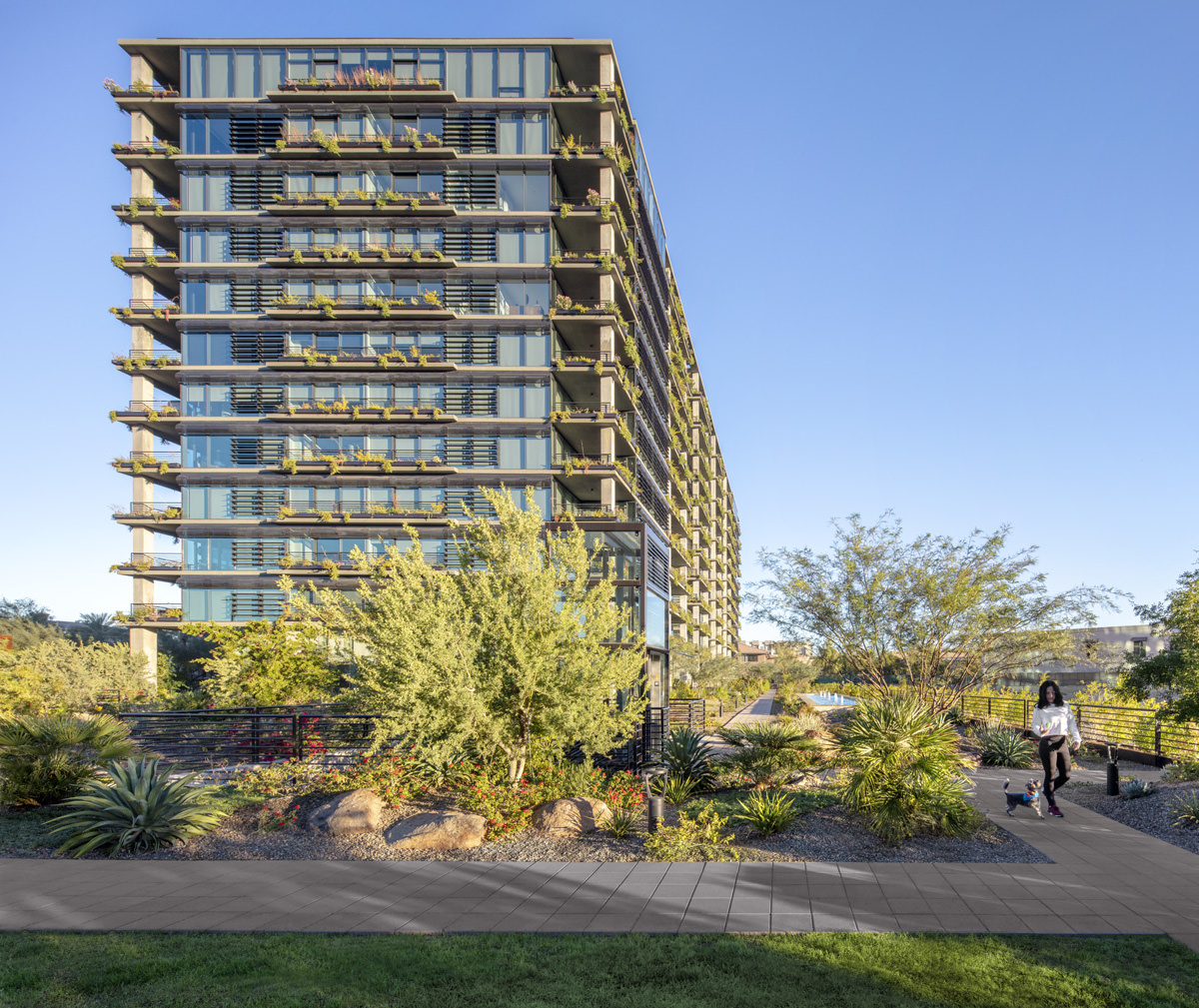 Living in the Airpark

““I’ve been working with my interior designer for furniture and stuff like that,”‘ Cooper says. “But right now, we’re just sort of in a waiting mode. “We’re going to try to go over there and take a look at the floor space, if we can get up there and have a look at that. But from what we can see just driving by, it’s looking good!” In the past couple of years, the Scottsdale Airpark has been buzzing with cranes and construction equipment as a number of highrise condo and apartment complexes spring up in the few remaining infill areas around the Scottsdale Quarter, Kierland Commons and other high-traffic retail zones. In addition to Optima Kierland, the area now also has The Core Scottsdale, The Plaza Lofts at Kierland Commons, Optima Kierland, Liv North Scottsdale, Crescent Scottsdale Quarter and SOHO Scottsdale, among other residential developments.”