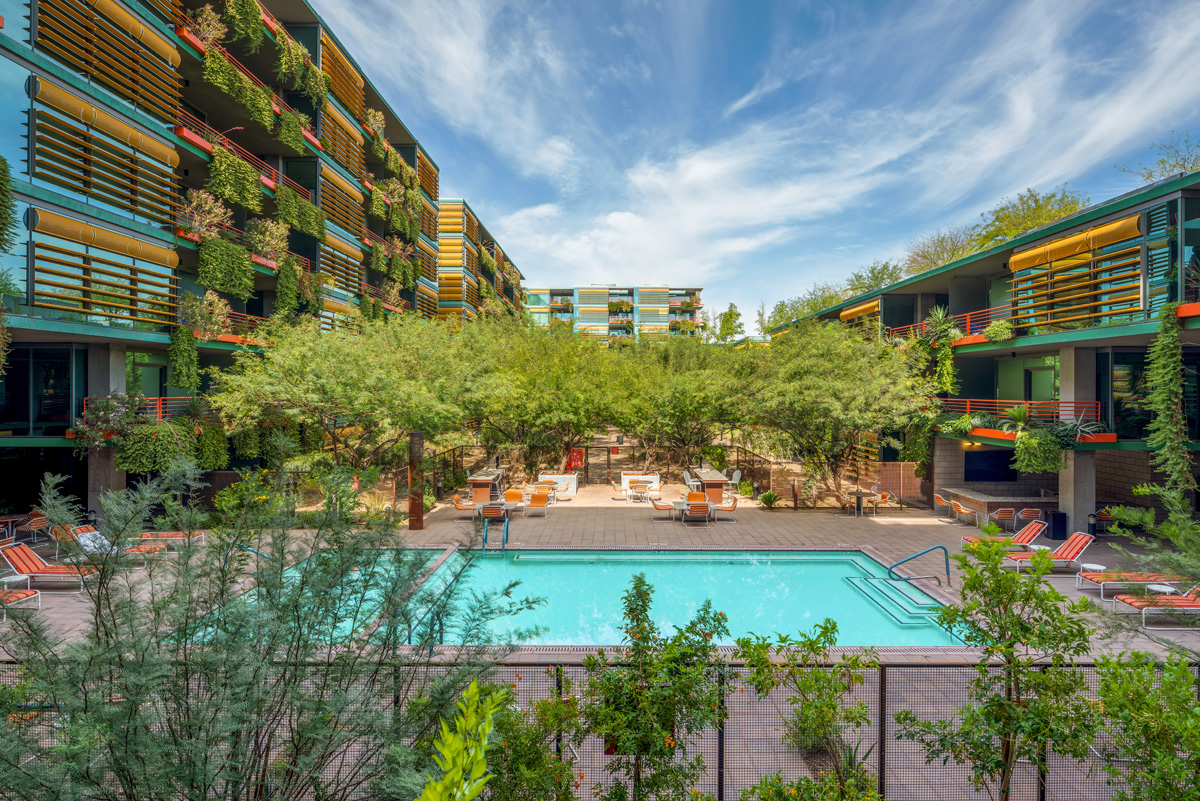 In just six months from the opening date, the final tower’s occupancy has already surpassed 77 percent, thanks to the area’s strong multifamily demand.

The fifth and final tower in the Optima Sonoran Village development has been finalized. The announcement came from Optima, the developer behind the four-tower Optima Kierland Center, a luxury four-building enclave 30 miles from downtown Phoenix. Concomitantly with the completion, the owner launched a new white-glove, in-home concierge program at all its Arizona rental properties.

Optima Sonoran Village, located on the southeast corner of 68th Street and Camelback Road, totals 768 residences with studio, one-, two- and three-bedroom floorplans ranging from 776 to 2,089 square feet, at rates between $1,700 and more than $5,000 per month. Demand for apartments in the area is elevated, leading to a fast absorption of new units. Since opening in May, the final tower is already more than 77 percent occupied.