Of all the things Chicago has to offer, its proximity to Lake Michigan is one of the perks that sets the city apart. At Optima Signature, our community enjoys sweeping views of the river that winds through Chicago, and access to the bustling riverwalk just steps away. Enjoyed by locals and visitors alike, the Chicago Riverwalk is a unique part of the downtown community, and one that offers the perfect taste of the city.

The idea of a Riverwalk was actually first introduced in Daniel Burnham’s 1909 Plan of Chicago; however, it took until 2001 for the project to truly take shape. During Wacker Drive’s reconstruction, the work included a way for Chicago’s Lakefront Trail to connect to sidewalks along the river. The project was completed in sections over the years, expanding to include terraced lawns, wider walkways, seating and a pedestrian-friendly space for people to enjoy the riverfront. 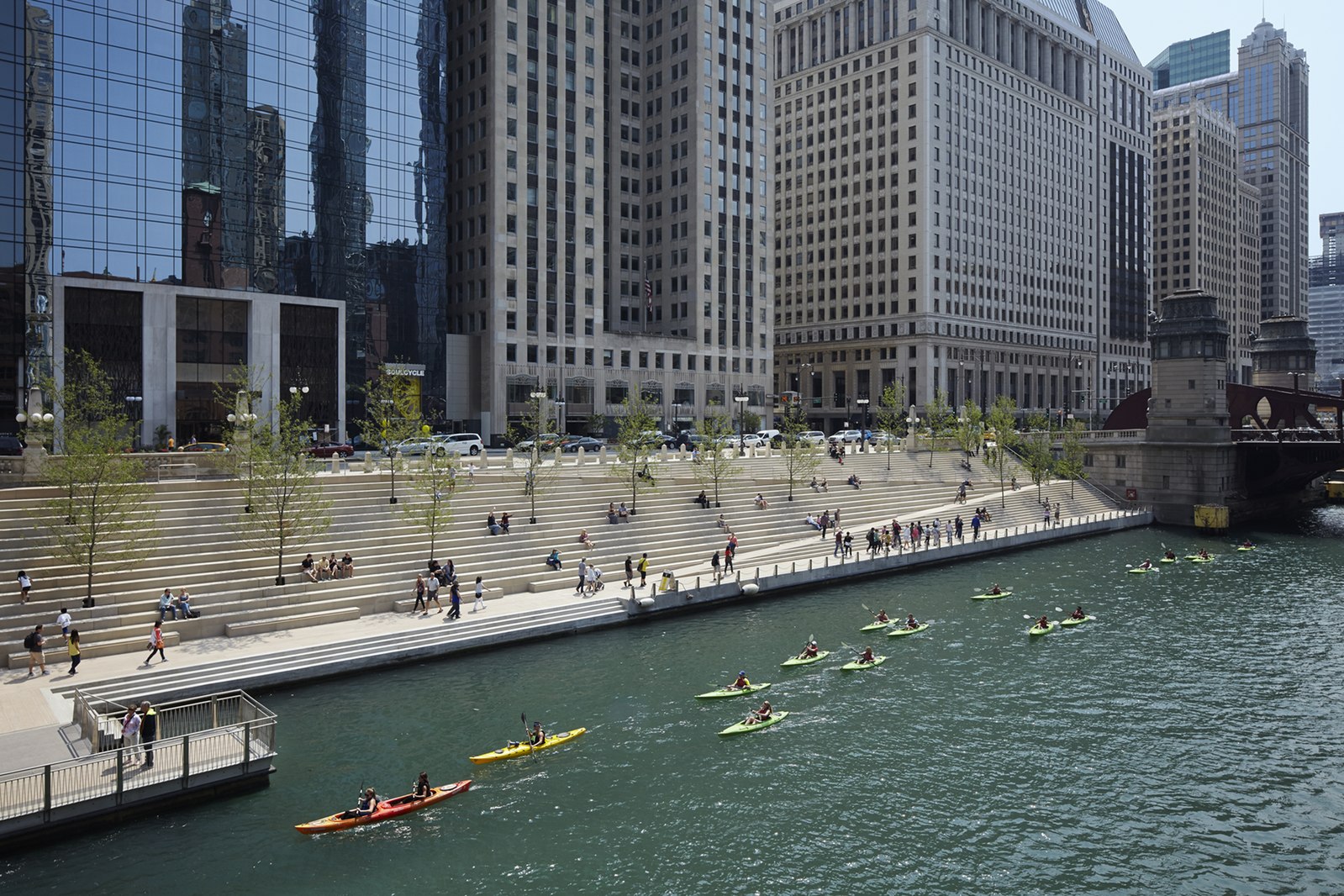 In 2012, Mayor Rahm Emanuel unveiled plans for an addition to the Riverwalk, extending it another six blocks. The new section included six distinct spaces or ‘rooms’, with restaurants and outdoor seating, fountains, piers and access for boats. If you’re looking to set sail on one of Chicago’s many architecture tours by boat, the Riverwalk will be your starting point. For those who are feeling adventurous, urban kayaks are available for rental. The Riverwalk is also home to Art on the Mart, a spectacular light show on the Merchandise Mart which is best viewed from the Riverwalk’s streets.

The Chicago Riverwalk covers 1.25 miles through the heart of Chicago, and is a wonderful, immersive way to experience the city’s waterfront, architecture, culture and energy. With the weather warming up for spring, it’s worth a visit for a daytime walk or nighttime stroll.